The Green Party of England and Wales is electing a new leadership team this summer. And now, the first contender for the deputy leadership has thrown their hat into the ring. Nick Humberstone – a London based Green Party activist – has launched a new website for his campaign.

According to the campaign website, Humberstone is centreing his bid to be the party’s next deputy leader around strengthening the party’s communications, shifting the party’s focus away from the environment, and inspiring people to make changes to their individual lifestyles.

Speaking to Bright Green, Humberstone reiterated his emphasis on improving the Green Party’s communications. He said:

The purpose of language is to communicate messages. Often, I find the language we use is unhelpful in doing that, because we use words that are unnecessarily complicated. If we can say something using simple words then we should. We want our movement to be inclusive to everyone, whether they were expelled from school or are university educated, and whether English is their first, fourth of fifth language.

He went on to explain why he felt the party’s focus on environmental policy was to its detriment. He said:

How can we expect people who are having to choose between heating their home and eating to support us when it looks like all we talk about is the environment? The environment is really important, but it’s our policies on people that will really transform the UK.

Humberstone is currently a member of the Young Greens structures and procedures committee.

As of yet, he is the only candidate to announce their intention to stand for the deputy leadership. Incumbent deputy – Amelia Womack – has not yet confirmed whether she will be standing for a fourth term.

However, earlier this week both current Green Party co-leaders Sian Berry and Jonathan Bartley announced they will be restanding for their positions. Speaking to Bright Green on their announcement, the pair said:

We have felt very privileged to have served the Green Party as co-leaders over the last two years. We are proud of our record of action, party growth and success across the three major elections the party has faced in that time, and we will be asking members to re-elect us this year to continue our work.

But the party won’t just be electing new leaders and deputy leaders this summer. A series of other positions on the Green Party Executive (GPEx) are also up for grabs. And a number of people have announced their intentions to stand for these positions.

Birmingham Green Party activist Kefentse Dennis announced yesterday that he is standing to be the party’s next trade union liaison officer. Dennis is currently the Greens of Colour regional officer for the West Midlands, and stood in the Birmingham Perry Barr constituency in December’s general election, receiving 2% of the vote.

I want working citizens to see how the Green Party structures their work ethics and systems to encompass ethical production and protection through membership and unionisation. I also want to see the Green New Deal utilised, cooperatives and their communities strengthened and the expansion of mutual aid.

Dennis enters the race for the trade union liaison officer position after incumbent Paul Valentine announced he is restanding as a job-share candidate with current Young Greens treasurer Matthew Hull.

Meanwhile, the campaigns coordinator election also has its first candidate. Huntingdon based Daniel Laycock has declared he is standing for the position. Laycock is currently the deputy coordinator of the Eastern Green Party, and received 3.8% of the vote in the Huntingdon constituency in last year’s general election.

We need to be the party and the beacon that gives hope. As Campaigns Co-ordintor [sic] we need to give that in our message from our campaigns in every way. Whether that’s standing with the black community against systemic racism, taking direct action on the climate crisis, providing the shelter to trans men and women or calling out the Government and other parties when they have got it calculably wrong.

And finally, a second candidate has today emerged for the powerful position of GPEx chair. South West Green Party coordinator Ewan Jones has declared he intends to stand for the position. In a Facebook post launching his campaign, Jones placed ending “internal discord” on GPEx at the core of his campaign.
Jones told Bright Green:

The Green Party has achieved much over recent years, but we must work faster to lead UK politics towards climate safety by 2030.

I have learned much as SWGP Co-ordinator over nearly five years, and feel it now to be vital that more perspectives and best practice from the regions are brought to the central Party table.

In addition to Jones, Benjamin Smith and Ashley Routh have already announced their intention to stand for GPEx chair as a job-share, with their focus being on improving accountability and transparency in the party.

In total, 11 positions on GPEx are up for election this year. The full list of positions, and the candidates so far announced are as follows:

Nominations for all positions on GPEx close on June 30. Voting will take place throughout August.

Exclusive: Nick Humberstone to stand for deputy leader of the Green Party

What the Green Party needs in its next deputy leader 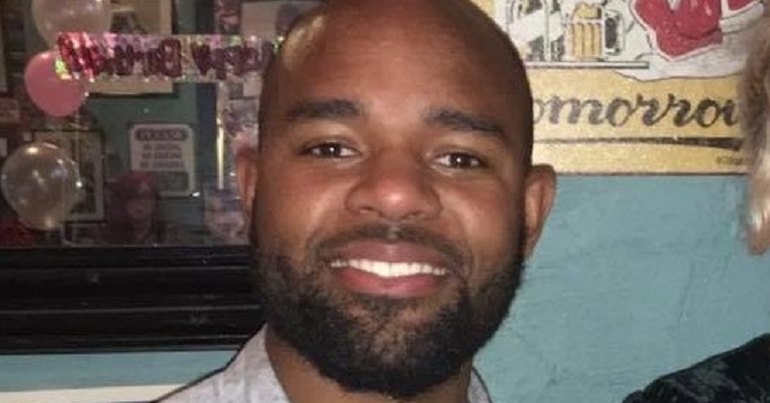 « Care home privatisation: the destruction of what the NHS built
After the Edward Colston statue, destroy all momuments of colonisers »