The Green Party in Northern Ireland called for legalisation of abortion this week. While legal in the rest of the UK, the legislation that legalised abortion did not apply to the Northern Ireland.

The Party’s demands were in response to the release of the Department of Health’s (DoH) abortion statistics. The DoH stated that just 12 abortions took place in Northern Ireland in 2017/18.

But the Leader of the Green Party in Northern Ireland Clare Bailey said that these statistics don’t show the full picture. Calling for reform of abortion laws, she said:

Twenty eight women travel outside of Northern Ireland to access abortion every week, on average.

We also know that many others use abortion pills, often bought online, to bring pregnancy to an end. These women are criminalised, they risk arrest and prosecution for accessing the reproductive healthcare afforded to others across the UK and Ireland.

Northern Ireland abortion laws are some of the most archaic and draconian in Europe. They are not compatible with international human rights standards and aren’t supported by the majority of people here.

We must decriminalise abortion and trust women to make informed choices around their reproductive healthcare. The statistics documenting 12 abortions accessed across Northern Ireland do not reflect the reality of women accessing abortions every day.

Despite a lengthy period of negotiation, the Scottish Government has yet to reach agreement over its budget. The political deadlock has emerged due to the SNP failing to secure support from the Scottish Green Party which has historically helped to pass its budgets.

This week, the Greens reiterated their conditions for supporting the SNP budget. The Greens are calling for the SNP to introduce widespread reform of Scotland’s council tax.

But despite the efforts of the Greens, the SNP are not moving. In light of this, Scottish Green Party Co-Convener Patrick Harvie said:

The Greens went into this year’s budget process with a precondition of progress on local tax reform, to make council budgets less dependent on the Government in future.

I’m convinced that a solid package of measures can be agreed, which over the coming years would empower Scotland’s councils and finally end the unfair council tax.

But the Government seem determined to force through a hugely damaging budget for 2019/20, decimating local services around the country. That’s not something we can support.

As councils prepare to set their budgets for the coming year the threat to jobs, services like education and community facilities such as swimming pools and libraries is very real. A crisis in local services can be avoided, but it will require a fundamental change of position from the Scottish Government.

The Greens’ only MP has been a vocal opponent of Brexit, both during and after the referendum. She’s also been a key proponent of the People’s Vote campaign.

But this week, she announced a different Brexit related project. Lucas launched “Dear leavers”, a tour of Leave voting areas that she is going on. The tour, which will include stops in the Isle of Wight, Dudley and Huddersfield is intended to bridge divides between Remain and Leave voters.

Announcing the tour, she said:

Change is coming – one way or another.

If we are to break the Brexit deadlock in parliament, we the people must lead the way.

Because our democracy isn’t working and, thanks to you, as a country we now have to face up to this.

I want us to explore how together.

So let’s talk. Let’s learn from one another.

Green Party of England and Wales Deputy Leader came under fire this week after tweeting an antisemitic cartoon. After receiving widespread criticism for the tweet, Womack later deleted it and posted the following apology:

It’s great to see Eleanor’s excellent amendment from last February being put into practice. By providing more children’s homes here instead of sending children across the country for care, we’ll save money and provide a better service – it’s a win-win. Clever, common sense amendments like this that make the city a better place are a great example of the value of having Greens in local government.

Bristol City Council has one of the largest Green Party council groups in the country.

In an exclusive in The National this week, Green MSP Ross Greer announced that the Scottish Greens are already building their battle plans for a second independence referendum. Greer told the paper:

Our campaigns team is going through the process now of updating our policies proposals put down ahead of the vote four years ago.

We are going through the process of everything we published ahead of the 2014 referendum and looking at what we need to adjust in relation to any of the potential Brexit outcomes.

Think we’ve missed a story? Got some news you want to share with us? E-mail front-desk@bright-green.org 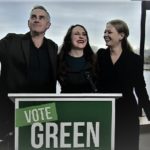 Manifestos and pledges – UK Green news round up week 47 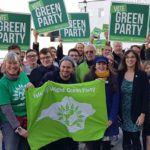