The Genocide’s Not Over, Kagame

Following on from our criticism of the Tory obsession with Rwanda’s Paul Kagame, Nishma Doshi writes more about what really going on in Rwanda (cross posted from her blog).

Making a short visit to Rwanda, and you might think that the genocide was old news. Everyone is supposedly in love with Kagame as he liberated them from the atrocities of massacre and is in the process of resolving all the problems of genocide.  Weekly gacacas are reconcile the perpetrators of the genocide, witnesses supposedly protected. No-one talks openly about ‘Hutus’ or ‘Tutsis’ as Kagame has banned their differentiation – “We’re all Rwandans” is the line you’re supposed to take. All-in-all, Rwandan police are considered the least corrupt in Africa.

Of course that’s just the icing on the cake. Kagame’s played a clever game by building his armed forces, allowing foreign investment and resource development. Through that he’s built strong connections with the right-wing West and the African Union.

It’s not surprising then, that when a UN report on Rwanda’s horrific role in Congolese genocide is leaked, Kagame claims outrage and threatens to remove peacekeeping troops from Sudan – forcing the publication of the report to be extended to 1st October. Kagame’s not using any evidence to prevent the truth (of the report) coming out, he’s using human lives.

The report does not highlight anything that has not been expected – Rwanda has been supplying arms and funding Tutsis and other guerilla forces to massacre (including rape/torture) Hutu populations. The uncanny resemblance to Nazi annihilation methods is clearly highlighted:

the systematic, methodical and premeditated nature of the attacks on the Hutus [which] took place in all areas where the refugees had been tracked down

This state of war causes an instability that is a key driving force behind the West’s capability to exploit Congo’s abundant natural resources. It’s also the cause of poverty and thus, deforestation and poaching of Congo’s Silverback Gorilla population.

Which all just makes you wonder… Was the leak intentional?

Genocide is not over in Rwanda. Although people don’t outwardly talk of the difference between Hutus and Tutsis as distinct, everyone still believes in their difference and will talk of it in smaller circles. Witnesses to the genocide are continuously murdered before their appearance in gacacas. Murambi, a school where thousands of victims of genocide were brutally murdered, only 4 witnesses escaped alive. Out of those 4, only 1 remains in the country – the rest have had to flee for their lives.

My fears grow. When will the border along Kivu explode? The resource war of the colonialism is not over. Nor is the Rwandan genocide.

This article was inspired by various people – a conversation with Ian Leggett, my experiences in being in Rwanda, an article linking Tories with Resource Exploitation by Adam Ramsay, and the tweets of @habinef 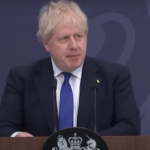