The figures on unemployment are being reported as broadly, but not excessively, good news for the government. The headline rate of unemployment is down, marginally, to 7.7%. That’s certainly moving in the right direction, but as a change of just .1% quarter on quarter or .3% year on year, that’s really just within the random noise we see in these figures every month. It might be the start of a more pronounced improvement, but there’s not nearly enough evidence to say that yet.

Take a look at this graph of our unemployment rate over the last ten years to see what the picture really looks like.

Unemployment picked up considerably through 2008/09 and has remained stubbornly just below 8% ever since. Larry Elliot, at the Guardian, says today

The labour force data provides Osborne with some support for his argument that the private sector can generate the jobs to compensate for the squeeze on public sector employment caused by the government’s deficit reduction plans.

Well, to an extent that’s true, the private sector is just about covering what public losses there have already been, but there’s little overall improvement and a long way to go to get back to pre-recession employment levels.

The number of long-term unemployed continues to increase as well. The total rate for those unemployed over 12 months is up 11.1% year on year and for those over 24 months up 36.3%. Those figures are even worse for women, at 16% and 42.2% respectively.

And what about those who are in work. Their average earning increased 2.3% over the last year on average. While CPI has just jumped to 4.5%, and is expected to top 5% this year, perhaps going even higher. Again, once we look past the average figures things look even worse. Finance and business services saw wages increase 6.2%, but manufacturing only increase by 1%, construction decreased (in absolute terms) by 0.9% and retail decreased by 1.2%. 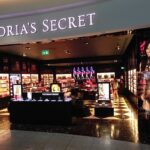