Occupy Toronto began on Saturday 15 October, with a 2,000 person march (a pretty impressive size for Canada) through the financial district before setting up camp in a downtown park.

For weeks we’d been following with interest the news coming out of Occupy Wall Street: from the initial Adbusters callout, to the police pepper-spraying that sparked widespread outrage, to – most excitingly – its endurance. Despite the ever colder weather, this movement was growing – both in size and in coherence, with a “people’s declaration” recently issued. And then came the email: “meeting to plan for Occupy Bay Street”. The movement was coming to Toronto.

The rumour is that a couple of friends from Toronto were holidaying in Spain, and stumbled onto the tent city protests in Madrid. Feeling empowered by what they saw, and inspired by New York’s movement they wrote up the first call-out and set up the first website calling for an occupation in Toronto. In the run up to Saturday, Occupy Wall Street was being characterized in our media as a wholly American phenomenon that would never catch on in Canada because the protesters’ concerns were not relevant here. It’s clear that they couldn’t have been more wrong: the movement is now in over 1,500 cities around the world, including 29 in Canada – and it continues to grow.

The initial organizers of Occupy Toronto were, for the most part, new to activism. They had energy, ambition, and a great sense of “seizing the moment” – but they also had a lot of skepticism to deal with. From the very first call-out, it was clear that many of Toronto’s long-term community organizers would be keeping their distance. In part, this was due to the ever-relevant fear of diverting important activist energy away from on the ground organizing to a perhaps fleeting gathering. But there were also important critiques emerging, most noticeably on the radical blogosphere where radicals have been vocally denouncing both the New York and Toronto Occupy movements as hipster, white and blind to colonialism. In particular, many are unhappy about the use of the word “occupy”, believing that it shows a failure to recognize that we are already on occupied land – stolen native land.

Such grievances have been exacerbated by sound-bites in the media from various people involved in the occupation, in particular on the topics of police relations and the black bloc. In a city still reeling from the largest mass arrest in Canadian history and extreme police brutality at last year’s G20 protest summits, many are angered by the extreme politeness, praise even, that some parts of the occupation movement have been showing for the police. They may be keeping their distance for now, but we cannot forget that the police are not our friends. Similarly, it seems like every day so far someone at the occupation will talk to the media about how great it is that there is no black bloc present – hopelessly unaware that much of the infrastructure, support, bottom-up process, and on-the-ground work being done both here and in New York comes from those same anarchists, just unblocked for the time being.

Many of these grievances and critiques are fair. It’s true that about 80% of the occupiers are white, while only 50% of the city is. It’s also true that any resistance movement in Turtle Island (aka Canada) worthy of the respect of radicals has to root itself in a recognition that this is stolen land, yet so far it hasn’t really done so. However, it’s incredibly disheartening to see so many radicals so quick to denounce this new movement – and it’s noticeable that on the first day of the occupation, walking around this new and emerging site, the only people we met all day who were at all negative were two activists that saw themselves as hardcore community organizers, the “real” activists in the city.

If the long-term committed community organizers in the city only ever organize with people who already understand colonization, who already identify as anti-capitalist, who already have an analysis of police repression; and can only handle being around people who already talk the activist talk and walk the activist walk, well, shit, our revolution will consist of a hundred people. Of course new organizers are going to make mistakes. Of course mainstream people drawn into the park for one reason or another are going to have mainstream ideas. But it’s crazy to see that as a problem, when in fact it’s something entirely different: a golden opportunity.

One week in, the excitement is palpable and the air is thick with potential. Not only that, but it seems that more and more of the city’s more experienced organizers – while still wary – are being drawn to the site, not just to criticize, but to do so constructively and to add their energy and experience to the mix. The park is now a remarkably well-run self-governing little village. There are meals prepared by volunteers, accessible toilets, medics, legal defence workers, a people’s library, an alternatives-to-capitalism book club, and a free school where people sign themselves up to facilitate workshops on topics ranging from Nature Comes First to hip hop, sign language and silk screening to an anarchist Q&A and black bloc discussion.

The spirit of autonomy and self-determination is thrilling. Some people want something to happen in the park? There are no leaders to ask (though there’s lots of informal support). Just gather some friends and make it happen. As the signs all over the park say: “You want a leader? Look in the mirror. Participate and get involved!” And indeed people are. One of the things that’s working best is the constant decentralization. When people want to do different things that others might not like or understand they’re just doing them in different places, which means that different things are able to grow side by side without dissolving into acrimony. This ability to decentralize but stay connected under the loose “occupy” banner is part of what’s responsible for the fact that this movement has a momentum that hasn’t been felt in the city in a long time. Maybe never.

And it isn’t just confined to the dedicated people in the park. A few nights ago, in a trendy tapas bar downtown, we overheard the suit-wearing, martini-drinking, young professionals at the table next to us discussing the occupation. It’s rare that movements like this capture the public’s attention to the extent that wherever you go, whoever you’re with, someone is talking about it. Comments like ““no wonder people are pissed off – the bankers are making so much” are espoused by the mainstream. Even the Financial Times was moved to recognize the inequality that now characterizes our societies.

The media has been covering the occupation closely. And here, like elsewhere, the common refrain being one that the protestors “don’t have any clear demands”. On the one hand this is a knee-jerk reaction from an establishment media so steeped in hierarchy that they can’t conceive of a decision-making process that values the process itself just as much as the outcome. And the process, so far, is a victory in itself. There are General Assemblies twice a day. There are workshops on every topic under the sun. Without a doubt decision-making is slow and the organizing is still cumbersome, but as the activist dictum says: this is what democracy looks like! It’s hard not to see the people most perplexed by the lack of clear goals as those most deeply habituated to having their orders emailed down to them on a daily basis from their bosses and managers.

Yet the question of “demands” or “goals” is an important if delicate one. Trying to codify a set of demands too quickly risks fragmenting the movement and turning the discussions into acrimonious squabbles. On the other hand, if the movement goes too long without any broad demands being put forward, the momentum will surely dissipate, and as the weather turns colder, people will leave the park, and we will have nothing to show for this historic moment except a few good memories of chilling with our new friends in a bunch of tents in the rain.

Our hope is that in the next several weeks we see some coalescing around a couple of broad principles (such as, “there is too much inequality in our societies” and “we want more participation in economic decision-making”), as has happened on Wall Street. Crucially, these principles should then be boiled down and concretized into a small handful of demands that are winnable in the short-term, such as a Financial Transaction Tax (which the Europeans are calling a Robin Hood Tax), limits on CEO salaries, and increases in inheritance taxes and taxes on the highest earners. If any of these short-term goals are won, momentum will build, the movement will spread, and bigger goals can take their place. From financial taxes we can start talking about capital controls; from CEO salaries we can start talking about democratizing the banks; and then, while we may have more to lose than chains, we still have a world to win. 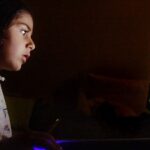 « Yes to an EU referendum
Caring about Care »