If in six months they say they didn’t know, they’ll be lying

Seve Cockburn writes from Dakar. This piece first appeared on his blog.

Sometime last February I sat in a meeting when people were talking about how there was going to be an extremely serious food crisis in the Horn of Africa in 3-4 months time. They talked of the possible unprecedented scale, the huge potential cost and above all the possible loss of life. But, ‘hey’, I thought, ‘if people know already that things could get so bad then that’s plenty of time to stop it right?’

Theoretically yes, but of course 3-4 months later the region was in the midst of the continent’s first fully blown famine since the days when Bob Geldof first asked if we had heard of Christmas in 1984. This year 11 million people were threatened with starvation, in scenes that should have been unthinkable in the 21st Century.

I wasn’t involved enough in that crisis to know what stopped the world responding in time, but I do know that they didn’t. Many lives have of course saved through the extraordinary efforts of a massive relief effort, but far too few could be reached. But I am now trying to learn fast, because just as the rains are beginning to bring a little relief to Somalia, their irregularity is now threatening the terrible spectre of hunger in the Sahel region of West Africa.

The news of crop deficits (50% lower this year than last in Mauritania and Chad) and high food prices (up to 40% higher) is depressing in a region that suffered its last devastating food crisis – one that affected 10 million people – just two years ago.
But there are two glimmers of hope. The first is that we know about it earlier than ever – early warning systems are working, and this means that there is simply no excuse for governments and donors not to act to prevent the worst before it strikes. If in sixth months time politicians stand up and say that no one saw this coming, they will be lying – and we should remember that.
The second is that governments in the region have already recognised the problem, are developing plans and have asked for support. It sounds like nothing, but in the last food crisis the President of Niger denied the problem to such an extent that to be allowed to work in the county the NGO Action Contre La Faim (Action Against Hunger) had to use its Spanish name (Accion Contra el Hambre) at all times. There is now the political space to act.
The truth about emergencies like the one in the Horn of Africa, and the one on its way to West Africa, is that they are at least partly preventable, and at far less cost than what it takes to respond to them.
While droughts are environmental, famines are man-made. This is either because men (almost always men) have done things to make the situation worse – the conflict in Somalia is a major factor famine there – or because men (almost always men) have not taken the actions that could have prevented it.
There are cost-effective ways of protecting the most vulnerable people against crises before they arrive, we just never do them early enough. The UN appealed for $2.4bn to meet emergency needs in the Horn of Africa – it could have managed with much less had people acted early.
Will it be different this time? There are one or two reasons for optimism, none of them based on history however, but all remains to be seen if they are enough to overcome inertia, crisis fatigue and the false economy of spending our aid money on saving lives rather than on preventing them being put in peril in the first place. 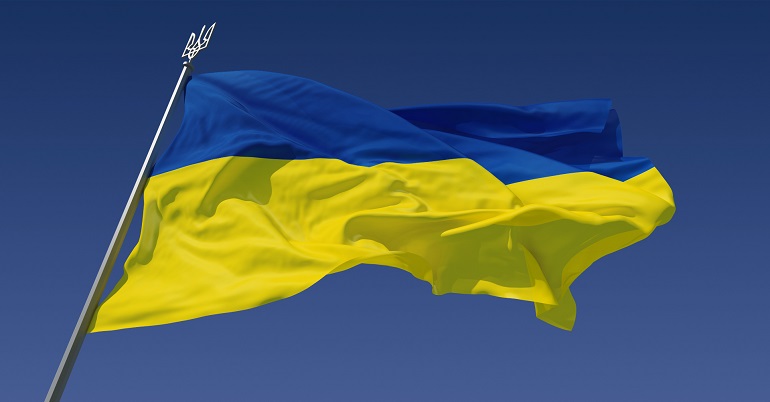 Workers have been handing out vital aid to people in Ukraine