Yesterday, at Radical Independence Conference 2014, to thunderous applause from an audience of 3000, Alan Bissett and Cat Boyd delivered the People’s Vow—a manifesto of the radical left of Scotland, to be contrasted with ‘the Vow’ presented by Westminster politicians before the Scottish referendum. Here is its full text: 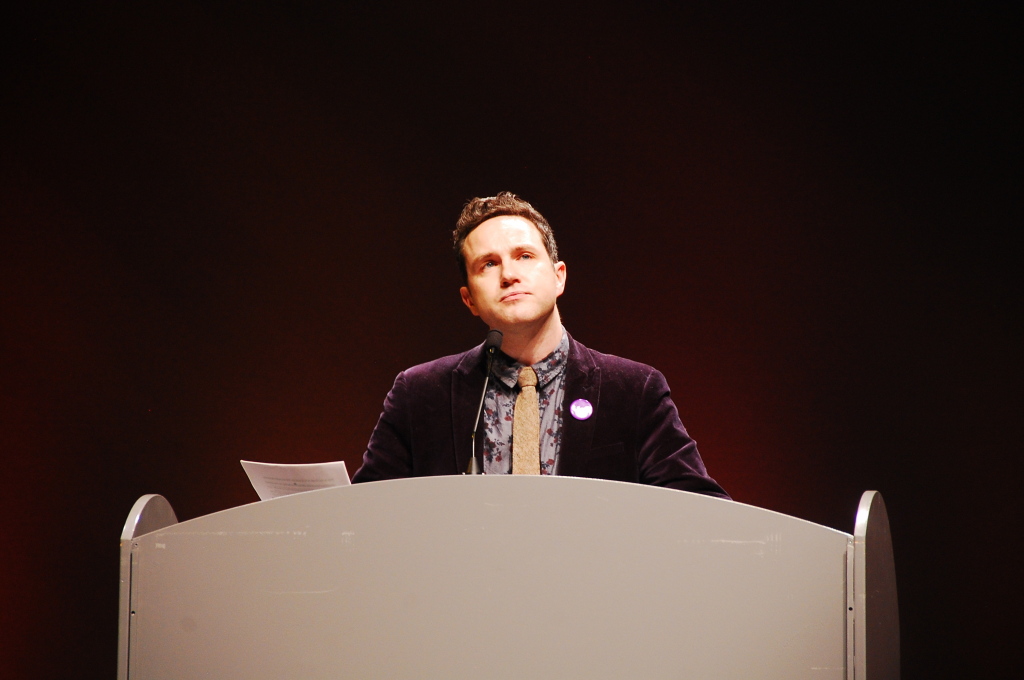 On Sept 16th 2014, two days before the independence referendum, the leaders of the main London-based parties made a pledge to Scotland called ‘The Vow’, exhorting us to vote No in return for substantial new powers. History will prove this to be the panicked gimmickry of a threatened elite. We, the Radical Independence Campaign, hereby make a Vow in reply, on behalf of the disappointed, the disaffected, the impoverished and the frightened: the People’s Vow.  This Vow is eternal, and will be honoured for so long as we, and the generation which follows us, and the generations which follow them, have breath in our lungs to do so.

We know that the referendum has changed Scotland utterly. For perhaps the first time in their lives, a majority of working-class people felt empowered to take politics into their own hands, standing up to a British state which has become unaccountable and corrupt beyond repair, staring, without blinking, into the eyes of those who had shown them only contempt. The No vote was concentrated among the wealthy.  This is significant.

As democrats, we recognise the result of the referendum but acknowledge the collusion from all corners of the British establishment, to deceive and intimidate the Scottish electorate into voting in a way which maintained their right to rule.  It was ever thus, but not how it need remain.

Despite the immensity of this pressure from above, 45% of the people of Scotland are alive, engaged and hungry for ideas on how to transform this country. They refuse to go back to sleep.  This Vow honours not only them but the growing numbers who recognise that independence from Westminster is the best way in which Scotland can protect its most vulnerable citizens, can enable working people to control their own economy, can inspire fellow workers across the British Isles, Europe and the world to take up a struggle against their own masters.  The street cleaner, the nurse and the teacher are the oxygen in society’s blood-flow, from which the plutocrat draws like a syringe.  We Vow to multiply the dreaming power of the ordinary Scottish citizen, and magnify their might. In that sense, we are not the 45% but the 99%.

We Vow to end the austerity which has become the creed of the London elite.  To solve a crisis created by the rich, they say, the public must suffer.  We reject their crusade against the poor, both its inefficiency and its immorality. They have the money, but we have the numbers.

We Vow to renationalise or retain in public hands those industries which are in the common good.  Privatisation – a reduction of the necessities for human life to cold profit – is a handshake from the undead.

We Vow to establish green and sustainable energy.  The planet is not the plaything of those who exist in the present.  It is the host for our species, and millions of others which make life on Earth possible. We will endanger neither the health of our citizens nor the infinite beauty of the natural world.  There exists a fragile ecosystem, stretching from the child whose lungs are threatened by pollution to the basking shark giving poetry to our shores.

We Vow to establish a republic.  The monarchy is an affront to modern democracy, a feudal relic. How can we call ourselves free when we pay fealty to one family, a family which owns vast tracts of our land, which rubber-stamps our laws, to whom we must ask permission to form a government and whose head ‘purred’ when she discovered our freedom had been denied?

We Vow an opposition to discrimination on grounds of gender, race, disability or sexuality.  We are a community of citizens, human beings and participants in our right to define ourselves, rather than be defined. We are a society proud of our multiculturalism.

Scotland is our home and we fight for the sovereignty of its people, but we Vow to be internationalist.  We are opposed to war – in which common people are compelled by their rulers to kill each other – and imperialist entities like NATO. We especially condemn the all-consuming horror of the nuclear threat.  We must judge a society on its compassion and solidarity, not on its power to invade or annihilate.

We are Radical Independence only because an amoral vacuum has occupied the centre ground. The forces of oppression present war-mongering and corporate theft as a law of nature.  What we propose is not radicalism.  It is the basic normality and decency under which any human should expect to live.

This is the People’s Vow and for this we stand. Before the referendum we said that Britain is for the rich, but that Scotland could be ours. We said that another Scotland is possible. Both are as true now as they were then. We are ready to fight for this future.

So to everyone in Scotland, and the world, beyond this room: join us, and imagine. 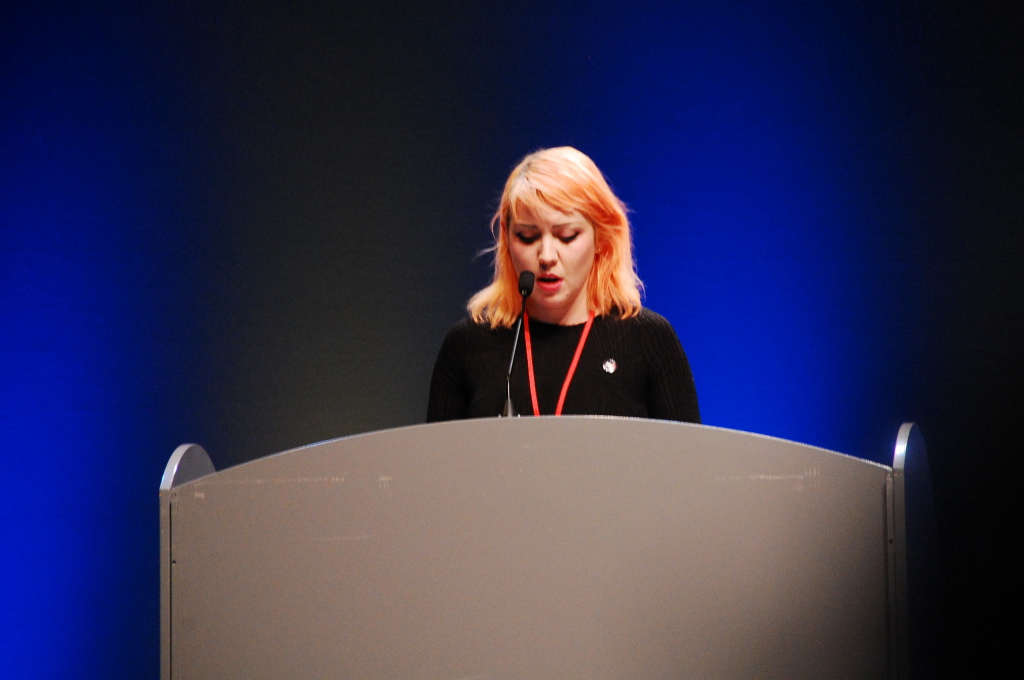 1. We won’t let the poor suffer any longer for errors made by bankers and politicians. Our movement will endorse higher wages and deeper investment over greed and the backslapping bonus culture. Social justice campaigners everywhere, whether in Edinburgh, London, Cardiff, Dublin or Barcelona, can expect our full support because our challenges are international. Together with trade unions, community groups, charities and academic experts, we will prepare a people’s budget to save Scottish public services.

2. We won’t let anyone sell our natural resources to the highest bidder. Scotland has a unique physical inheritance and polluters are not welcome to it because it belongs to us. We will make sure the Scottish government uses planning laws to stop fracking, and we will support direct action against fracking companies if they continue to threaten our environment. Green energy is the only civilised future, and we promise to make Scotland a model country for the 21st century by combining social and environmental justice.

3. Scotland’s feudal legacy will end. We won’t allow the next Holyrood government to leave communities at the mercy of corrupt landlords. Scotland’s people will have the power to own and control their resources. Our land will support our goals of sustainability and social justice: it won’t be used as hunting and fishing estates for aristocrats and tax exiles. We will call a demonstration for land reform centred in one of Scotland’s rural communities.

4. We won’t allow equality to become a buzzword. We will expect positive action to reverse inequalities between men and women, and we will punish politicians who fail to take this seriously. Our better Scotland must abandon the macho political culture of Westminster and the macho economic culture of the City of London. We pledge to make our company boards, QUANGOs and political parties representative of Scotland as a whole. Fifty-fifty representation for men and women is a minimum; we’ll make equality compulsory, not an afterthought left to the whims of employers.

5. We won’t let NATO use Scotland as a dumping ground for nuclear weapons. If politicians fail to act in 2015, we will launch an intensive campaign of civil disobedience against Trident to highlight the deep inequalities between public opinion and Westminster. Nor will we tolerate laws that put our vital public services in peril to global corporations. TTIP is wrong for Scotland just as it is wrong for working people on both sides of the Atlantic. We pledge our opposition to TTIP in Scotland. Scotland’s National Health Service will remain in public hands, where it should be. 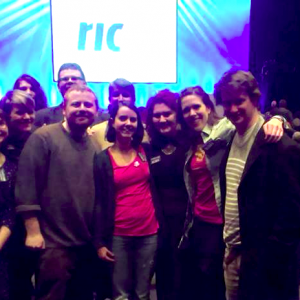