Yes Campaigners at Faslane: “We Will Scrap Trident”

Over 1000 people gathered at the gates of Britain’s nuclear submarine base on the Clyde today at the start of a renewed effort to shut down Trident.

17 coach loads joined for a sunny march that stretched along the landward 2 mile perimeter fence of the naval base.
HMNB Clyde, Faslane, is the home of Britain’s nuclear “deterrent” and is where Trident nuclear submarines are stored and serviced.

The UK Government signed into law a bill to create a new generation of nuclear weapons system in 2007 to replace Trident. The Yes campaign pledged to remove nuclear weapons from the Scotland and and a detailed report by the Scottish Campaign for Nuclear Disarmament concluded relocation of Trident would be prohibitively expensive.

The Scottish Parliament has voted to oppose nuclear weapons and several MSPs were in attendance today. Patrick Harvie and John Finnie have both been joined by their families.

Co-organisers of today’s march included the Radical Independence Campaign, who have pledged to return in April to shut down the Faslane base.

Up and coming events 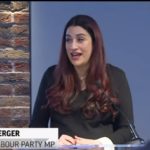 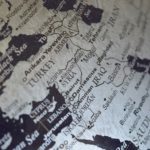 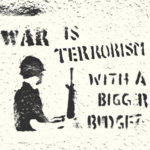 Our views on war and terrorism need a drastic rethink

« Natalie Bennett: Cameron is pandering to UKIP on immigration
“Get Organised!” – why young workers should join trade unions »