Why I occupied Nick Clegg’s office for free education 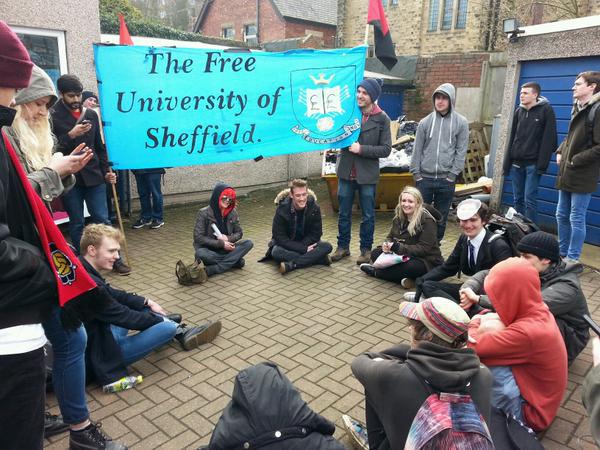 Yesterday, along with The Free University of Sheffield, I occupied Nick Clegg’s office.

The reasons for doing this are several, probably obvious, but always worth repeating: Nick Clegg & the Liberal Democrats got into power on the back of a promise to end tuition fees, and instead tripled them. This desperate clutching at power at the expense of honesty, policy, promise and principle is not only representative of Clegg & the Liberal Democrats, but of politicians generally – they genuinely don’t care. But Nick Clegg is still very much a symbol of this: he literally betrayed a generation and encumbered thousands of students with insurmountable levels of debt. He is the manifestation of what’s wrong with the political system, and he’s my MP. This action was in part a reminder of what Nick Clegg and the Liberal Democrats are, and as another stepping stone towards the second death of the Liberal Party.

But it was also very much a productive protest. The Free University aims to create collectively-run non-hierarchical learning spaces, free from the intrusion of the neoliberal establishment, as a model of what university could be like, whether that’s in Inox Dine Study Space/Liberation Hub, or in the short-lived Free University we established in Nick Clegg’s constituency office. I obviously think that Fruni and similar projects, ideas, ideals, aims & goals are fantastic and vital instead of this current system of education which sees students as customers and education as a personal investment.

Education is, always has been, and always will be, a public good which benefits society as a whole. It should and must be free and accessible to everybody. No one should have to suffer a mountain of debt for choosing higher education. The Lib Dems got to power and tripled tuition fees, after winning on the back of a broken promise to abolish them. Nick Clegg betrayed us, individually and collectively, and I want revenge, not only the destruction of his career, the second downfall of the Liberal Party, but free—truly free—education. Education free from fees, free from marketisation & privatisation, freely accessible to all. Education with universal living grants, education with liberated and decolonised curricula, education free from the claws of neoliberalism. An education system that is free and accessible for all.

That’s not unreasonable, and I don’t think that’s unlikely. Looking at the free education movement which is continually growing. Looking at Labour trying to pander to us with an offer of £6,000 fees. Looking at the support and solidarity #OccupyClegg received, the love and joy seeing Clegg’s office taken over inspired, not only as retribution but in an attempt to demonstrate something much, much better. All it needs is a reminder of what Nick Clegg’s done, of our betrayal. A reminder that £6000 fees aren’t good enough, that a graduate tax isn’t good enough. A reminder of the intrinsic value of education. And a reminder that the fight must continue. 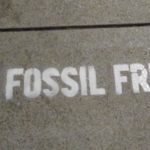 « Green and MK candidates pull out – opportunity for a pact?
#GPconf: An unofficial guide for journos heading to Green Party conference »