The people taking on the hostile environment and climate breakdown 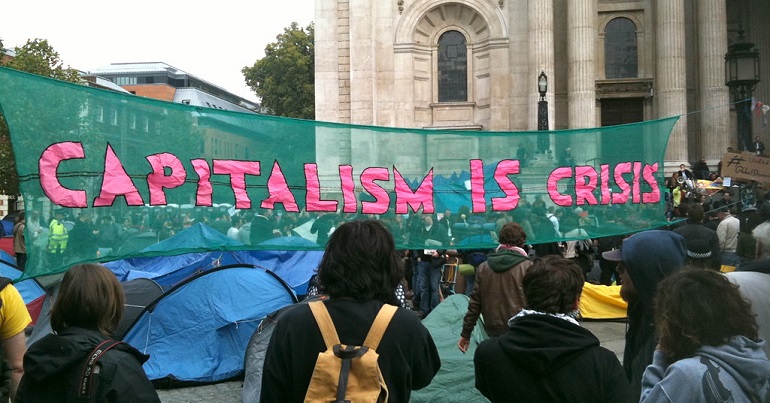 Image credit: Neil Cummings, Creative CommonsIn the face of huge popular mobilisation demanding action to address climate breakdown, the government is currently considering giving energy company Drax approval for what would be the UK’s biggest gas-fired power station. October is also the revised deadline for Brexit, which has unleashed a wave of anti-immigrant feeling and a surge for the far-right. Now is the time for concrete action on the climate and for action against the Government’s brutal and divisive Hostile Environment policy. The climate crisis and UK border policy share a common root: systemic racism. We need to overcome both if we are to have a country free of injustice.

In the last week as part of the Power Beyond Borders camp people from groups including the All African Women’s Group (a self-help group of women many of whom have spent time in Yarl’s Wood detention centre) and Reclaim the Power took part in a series  of actions. Hundreds gathered at Home Office to put the government on notice for it’s brutal, racist Hostile Environment policy. Small affinity groups blockaded the construction of a new gas fired power station and a coach company Hallmark Connections demanding they stop enabling government deportations.

Lucille from the All African Womens’ Group said:

As women, we suffer particularly from the hostile environment because we are poorer to begin with, are often traumatised from rape and other violence and because we are often mothers with responsibility for other precious human beings. We face a sexist, racist Home Office and companies that profit from deportation. We all have a right to be here and to be treated with respect. We demand an end to the hostile environment, to detention, destitution and deportations and an end to the separation of families.

The political fallout from Brexit is running alongside increasing state violence towards migrants and people of colour in our communities. The press continue to whip up hatred which feeds the rise of the far right inside and outside government. We have to show solidarity with those targeted and step up to defend their right to play a full part in our communities, by joining the fight against the government’s brutal, racist Hostile Environment policy.

The groups occupied a site outside London on the door step of Rye House Gas Power Station where they ran three days of workshops including how to resist deportation raids and anti-racist trainings. The camp ended with a mass action in London with hundreds at Drax’s offices in London to oppose  Drax’s proposed new gas plant in Yorkshire, which would be responsible for as much as 75% of the emissions budget for the entire UK power sector.

Speaking from the protest in London, Milo Phillips said:

The government’s promises to act on climate change are meaningless while dirty gas power stations are still being built. Drax’s gas plant in North Yorkshire would be the largest gas power station ever built in the UK. Drax and Keadby are the first in a possible wave of a new generation of dirty mega projects, built to pollute for decades. Today we’re sending a clear message. We can’t afford any new climate-wrecking gas plants.

These actions are the start of escalating action by Reclaim the Power with the government’s racist immigration policy being put ‘on notice’ ahead of further protests in October.