An early memory of mine is going on an underground tour of the National Coal Mining Museum in primary school. Like any good British school trip, I remember very little. Though I am sure time has overstated just how much, it was cramped and dark. We were told of the horrific practices that coal mining in the UK relied upon, cringing at tales of injuries and collapses. We all felt sorry for the canaries, but we were told it was a necessary sacrifice. Despite the physical and social scars left by mining across the UK, such tours ensure many see mining as a relic of the past. Going to the mine shaft is historical, an exploration of the lives of generations before. We emerged as children from the underground and learnt to imagine the dark as behind us.

Yet, demand for minerals has only increased globally. Mines spring up not only in new locations, but for entirely new minerals. The information age, with its microprocessors and cables, requires deeper pits and bigger drills. Despite the tendency in the UK to place the mine in the past, our daily surrounding by technologies dependant on mining suggest the industry is more important than ever. The closure of most pits in the UK, whilst a key moment in the history of British politics, is a footnote in the politics of resources today. With one of the largest challenges to the energy transition being the impact of extraction, environmentalists need to seriously face the mine.

Where to start? Martin Arboleda’s Planetary Mine is a masterful exploration of how mining operates in and across the world. Attempting to grasp every dimension of the world market for minerals, Arboleda seeks to breathe fresh air into contemporary accounts of extraction, capitalism, and imperialism. If you are to read one book about the politics and economics of mining, this would be where to begin.

Towards the global mine

A key insight of the book is recognising that mining is not static when it comes to technology. Despite the phasing out of the canary long ago, many still have a vision of the industry stuck on early 20th Century technologies. This ignores the introduction of everything from AI to robotics across recent decades. Leaning heavily on the concept of a fourth industrial revolution, Arboleda seeks to understand how these new technologies change how mining operates. Through this we understand why the current system represents a planetary mine. Across the book we look at the dig sites, the spaces of assembly, the distant scientists working on mining technologies, and the cities where mineral based products are found. The flow of mining technologies outwards from the pit across supply chains ensures we are all in different spaces of extraction.

Along with these shifts in technologies, Arboleda argues for the importance of recognising the shifting centre of gravity of industrial activity away from the West. Early accounts of globalisation saw nations like the BRICS as mere assembly lines for goods shipped to Europe. This is too simplistic. Arboleda points to the deeper geopolitical changes which have been ongoing, in particular the key role China has in global supply chains. Rather than seeing capitalism as a merely western phenomena, replicated by an increasing number of national economies, we must start from the premise that capitalism has become a global whole.

The states of mining

Traditional models of imperialism and development often look at ‘core’ nations extracting and profiting from ‘peripheral’ and ‘semi-peripheral’ nations. Despite this recognising the unevenness of the world system, many of these accounts still take the nation state as their given starting point. Instead, Arboleda begins at the global market and the production of value, and then turn to how this determines the practices and appearances of nations. This is not to argue for the irrelevance of nation states or to assume that markets are replacing states. For Arboleda, seeing the nation-state as the centre of the analysis ignores how the world system determines events, putting the political economic cart before the horse.

In particular, Arboleda argues that attempts to merely transplant early 20th century analyses of imperialism and dependency onto modern times are flawed. Instead, if capitalism is a global phenomena, we must understand imperialism as the continuous subjection of capitalism’s ‘outside’ to the rules of profit and accumulation. Historically, this has taken the form of nations like Britain occupying and politically repressing other nations. Arboleda’s account allows us to think of imperialism as taking multiple forms, whether that of the British or the more nebulous and less spectacular ways in which resources are secured for the modern market.

This allows Planetary Mine to then turn to the state, and articulate its key role in modern mining. As markets get ‘freer’ and economies are ‘liberalised’, the role of state sanctioned violence grows, to bring everyone in heel to the rules of the market. Thus, those who organise to shut down or oppose mining infrastructure are subject to militarised violence and attacks from police forces. The ‘free market’ which mining supposedly operates within relies on this often-lethal backbone, to ensure that opposition is reduced, and compliance assured. You are free, only to the extent that you exercise the appropriate freedoms.

In asserting a global capitalism with no national centre, Arboleda is not erasing the importance of national institutions. Instead, their role is to secure the continued production of value, something which may take different forms than the traditional models of inter-state imperialism will allow. By focusing on global value first, Arboleda ensures understandings of the state and imperialism are fit for their time.

Who struggles against the planetary mine? And how do they do it? For many environmentalists working to prevent new pits, dams and the like, this is a vexing question. For many, contemporary environmental struggle constitutes Naomi Klein’s Blockadia; the coalition of forces opposing new infrastructure. Always saying no, unable to articulate a yes. Yet, within these discrete spaces of constant opposition, Planetary Mine strikes out optimistically towards the possibility of more universal struggle.

In the expansion of mining infrastructure, technologies, and practices, there emerges a global division of labour. Despite the fragmentary expression of this division at different sites of extraction, Arboleda points to continuities across locations. Communities previously not subject to the effects of capitalism are exploited by the planetary mine, whether at the pit, the factory assembly line, or in the service industries in mining towns. The endemic racism, sexism, and colonialism within these spaces point to an understanding of global class which incorporates these forms of social domination. Across all these spaces, there is a race to the bottom in regards to quality of life. This produces a subject across the planetary mine capable of struggle at different sites.

At the same time, the planetary mine increasingly treats scientific and intellectual labour as instrumental to its domination, leading to worsening experiences for those working in science and engineering. Arboleda believes that the bringing together of dissident scientists with subaltern struggles in and against the mine is key to the forces which will succeeding in the bringing an end to capitalism. Only in such a unity will the world see the forms of sociability which combines algorithmic and folk knowledges for a better future.

Keeping to the ground

A word of warning. This book is not an easy read, nor should it be read casually. It is an attempt to bring together academic approaches to society and history around the mine. Leaning heavily on the complex body of work by thinkers like Postone and Lefebvre, Arboleda is building on many heterodox Marxists, in particular the often opaque field of ‘Open Marxism’. But by bringing this together with extensive knowledge of contemporary mining practice and struggle, each dense paragraph of Planetary Mine is rich with avenues for further research.

This work is not entirely uncontroversial, not least of all to those who may wish to retain older models of imperialism and the state. Attempts at analysing the changes in the world are always walking a tightrope between continuities and novelties. Arboleda is quick to focus on new technologies, visions of imperialism, and the wider world. This often leaves the question of how older mining production practices and the older forms of imperialism and the state interact with their newer forms. It opens up the need to analyse the uneven development of the planetary mine itself, and the challenges this presents.

In addition to this, I would suggest the final chapters leave the reader wanting something more. Not least of all, an enunciation of the actual movement building which may bring together pastoral and scientific worlds. It’s crucial to understand how these struggles move from fragmentary coalitions against given forms of the mine towards a struggle against it globally. Yet, this last challenge is perhaps one of practice, rather than thought.

Planetary Mine is necessary for shocking those stuck with a vision of mining trapped underground at the National Coal Mining Museum. It opens up a space for serious engagement with what extraction looks like today. As an environmental movement often keen to keep resources in the ground, Planetary Mine provides a serious bedrock to struggle upon. 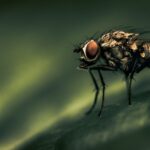 « Is the right wing press changing its tune on climate change?
Green Party Executive election kicks off – UK Green news round up issue 62 »