Why we need to re-write the Planning Act

Portobello has just emerged from its latest fight. This time it was with developers determined to turn the area into a hub for rubbish collection from Edinburgh and beyond. The developer, Viridor, collects rubbish from around Edinburgh and the Lothians for landfill or incineration at Dunbar. It wants a facility to transfer this rubbish from its lorries onto trains. The proposals were roundly thrown out in August 2008 at the Council’s planning committee.

But Viridor exercised their right to appeal this decision – a right that would have been denied to the community had the waste site been approved.

The public local inquiry reported two weeks ago, and they refused the proposal on the grounds that it was not needed and that it would have undue impact on a Conservation area.

The community in Portobello did a brilliant job to raise the £35,000 to fight the inquiry. Passionate local people stood up for their community. But not all communities have the money and expertise to stand up to developers.

It’s not new for developers to put profit ahead of the well being of people, but the extraordinary element of this story was the attitude of planners. While the councillors on the planning committee could easily see through Viridor’s plans, the professional planners seemed to be in the developer’s thrall.

Of course, this is not because Edinburgh’s planners are particularly keen on wrecking communities. It’s because the planning act, passed by the Scottish Parliament in 2007 ensures that planners see all development as good development. I watched as the planners at the Planning Committee vehemently agreed with the developers, nodding their heads at everything Viridor said, shaking their heads at the community representatives. This behaviour was the inevitable conclusion of a process with the central assumption that big business building is always the right thing.

We all know that all development is not good development. In fact much of what is proposed is inappropriate. However, the Scottish Executive was so determined in 2006 that developers get their way as much as possible that they drove through an act that will destroy communities beyond Portobello.

Scotland urgently needs a review of this charter to develop. If the economy picks up over the next 2 or 3 years, there may well be a boom in construction again. Communities across Scotland, robbed of the statutory protection of planners will be under siege from inappropriate development.

The reporters in charge of the Public Local Inquiry came to the right conclusion. To stop the community having to go through this again I hope that Scotland’s politicians get the opportunity to create a new planning system, in which the odds are not stacked against local communities.

A version of this article appeared on the Guardian Edinburgh blog. 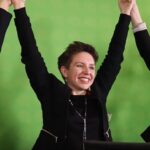 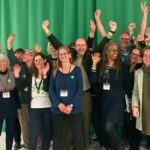 « A-Z of why these cuts are mad
Australia v Serbia: a bloody history »