Why IDS gives me IBS

It costs a lot of money to run Britain. We have universal healthcare. We have a schools system that offers free education to the age of 18. We have an extensive public transport network, a military that still aims to maintain a global reach and a welfare state founded on the notion of providing security from the cradle to the grave.

Of course we complain about our national infrastructure. It could be better. We’d like to see less handed to executives and consultants, less wastage, less benefit cash lost to fraud, more spent on frontline services.

The point is however that to support services of the quality and reach we aspire to takes money and at the moment money is hard to come by.

So the coalition government is making cuts. It’s pushing those they consider feckless into paid employment so they can contribute to the economy rather than draining funds. It’s paring back every department except health, overseas development and, apparently, photography. It’s demonstrating the sort of probity and careful housekeeping with public services one might expect from a Chancellor whose trust fund and personal fortune put at £4.6 million by the Daily Mail means that he doesn’t have to rely on them.

Indeed according to the Mail, that oh so reliable source, only six of the 29 members of the coalition cabinet are worth less than a million pounds.

It’s very tempting to lay into the coalition as a cabal of rich ideologues who see the poor as a burden on the rich.

However I don’t think that quite rings true. Yes, there are those of the right of the Tory Party who believe in a smaller state and yes George Osborne seems to share some of those ambitions.

What I don’t believe is that the cabinet, to a man and woman, are out to get those less fortunate than themselves. Indeed I’m prepared to believe that Iain Duncan Smith really is on a personal mission to end the poverty trap, just as I am prepared to believe that David Davis is genuinely concerned about the erosion of our civil liberties (just as I’m in little doubt that there’s a nasty authoritarian element in the Labour movement as demonstrated by Blunkett, Clarke et al.).

No, my beef with the coalition cabinet isn’t so much that they’re consciously out to get the poor, the vulnerable, the voiceless. It’s more that they don’t have the faintest bloody idea what it’s like to be in that position.

One only has to watch Cameron, Osborne, Clegg and co to realise that their understanding of life as lived by 90% of people in Britain is entirely theoretical. To most of the cabinet £50 is a bottle of wine or what one leaves as a tip after taking friends out for a nice meal. To most of the population it’s a good chunk of a week’s food shopping, if not the whole of it.

All of which brings me to my real beef about the central plank of the coalitions plans to reform welfare.

If you create a society built around consumption, where people are valued not just by the wealth they create but the wealth they display, where happiness is defined largely in material terms, where the vacuous and talentless are celebrated, branded and endlessly marketed to us simply because they’re pretty, pliable and are plucked from amongst us, then no one is going to aspire to do the kind of dead end work on offer because there is precious little self respect in it, precious little respect from anyone else and barely enough money to eke out a basic existence.

Faced with a choice of a life on welfare and a life earning not a great deal more than can be gained in benefits there are plenty of people who see claiming not just as easier but also as two fingers waived at the rich uberclass whose taxes go to keep them in the style to which they’ve been groomed to become resigned since primary school.

But this is why it’s really, really dumb. Aside from the sheer waste of human lives it simply doesn’t pay the bills. And whether Dave, Nick and George like it or not most of those bills can’t be shrugged off. You can only cut the police and the military so far. If you slash civil service numbers too heartily then sooner of later it impairs your ability to collect taxes.

Moreover PFI worked as a sort of zombie policy to ensure that Labour’s spending plans have their life of their own beyond the grave because badly framed contracts (and if there’s one thing that governments tend to be worse at than providing services it’s drawing up effective and advantageous contracts with the private sector to provide them instead) mean that governments are committed to chunks of Labour spending for the next 25 years.

What we want is jobs that reflect the money that we pour into education, healthcare, transport and other parts of our infrastructure.

Let me give you an example; Britain’s creative industries (that’s film, TV, publishing, video games, music, Gordon Ramsay, Cheryl Cole, Wallace and Grommit) accounted for 4.5% of our exports in 2007; that’s the largest share that creative industries have of any economy in the world.

Creative industries are just one area in which we enjoy a genuine competitive advantage and one that certainly for the foreseeable future is unlikely to be replicated elsewhere because they reflect not just the money we spend on our education system but our cultural disposition to not just tolerate but to encourage individuality, free thought, free expression and even eccentricity to a degree that even the US (where swathes of political thought are considered off limits, where religiosity is the default option, where the military is a substitute for welfare, where conformity is the norm – even Burning Man is just conformity for heads) doesn’t manage.

That same creativity carries over into other fields; not least science and enterprise. We pay dearly for maintaining an environment that nurtures it. We should demand a return on that investment. Dead end workers in dead end jobs aren’t going to give us that return.

My experience of job centres was pretty stark. They are about jobs and job numbers, not careers, not personal development, not tailoring their services to individual needs. If you’re outside the norm they can only try to squeeze you back inside a normal box. If you’re within the norm they don’t encourage you to reach for the stars, just a payslip, any payslip.

The same goes for too many of our schools where expectations of students are too low. I know children who were discouraged by teachers from applying to Oxford and Cambridge because of their teachers’ prejudices, because those universities were seen as elitist. No bloomin’ wonder that a disproportionate number of top university places go to public school children. It’s because state school children are, too often, discouraged from applying for places that could be theirs on merit. It’s as if parts of our education system have been programmed with the notion that there are lots of mindless jobs out there that need mindless people to fill them.

I don’t believe that’s true. Despite research that suggests that life outcomes are heavily shaped by parental encouragement or discouragement in the first four years of life (with some stark figures from the US suggesting that children born into families on welfare receive more discouragement that encouragement in sharp contrast to the children of professional parents) I’d bet good money that you could take a dozen six year olds with average test scores from any inner city primary in Britain put them into top private schools until they’re 18 and produce a group en route to success – not by virtue of better facilities or teaching but through a combination of more individual attention and a culture of high expectations.

Equally many of the menial jobs out there could have withered away and been automated long ago if we hadn’t been held back by this notion that we have to create simple jobs for simple people.

Sorry but I’ve met lots of ordinary people in my time and I have news for you; none of them were ordinary. Each and every one of them had great gifts and enormous potential. They were just untapped and that failure is costing our economy billions.

And because of all that above all it won’t work because you’re not going to suddenly make people feel good about doing a crappy, pointless job which buys them no respect while they look at people like you living in a different world enjoying a standard of living to which they’re told they should aspire but which they can never attain; a world in which they count for damn all.

I never fail to be blown away by how amazing people can be if they’re given the chance. Giving them a real chance isn’t just good social policy, it makes total economic sense.

Without a ladder from early years and throughout life, up out of the holes in which people find themselves and without a culture that cheers them on as they climb up and out, the coalition government’s plans for those on benefits risk producing a permanent underclass that won’t find any real happiness and satisfaction, and won’t fulfil their promise within society and the economy.

We should be aiming to build the New Jerusalem in these islands’ green and pleasant lands, not New Delhi. 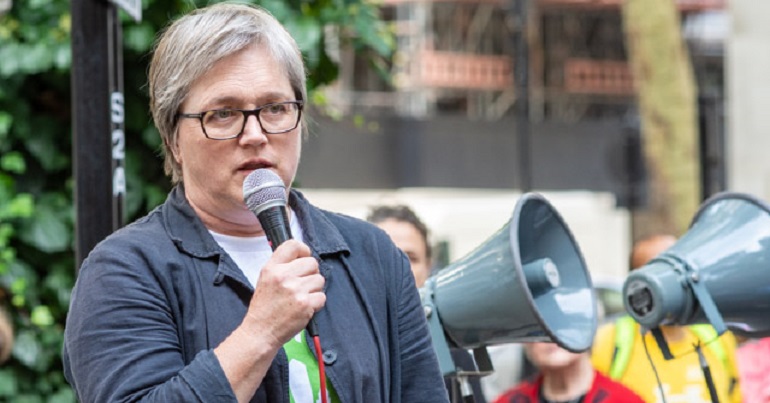 « On charity, solidarity & NGOs
On Coalition, Compromise, and Cable »