“My people are dying” – BP moves into tar sands

“My people are dying”: It was the fact that it was spoken in a North American accent that made the answer so surprising. And it’s brevity. One of the students on the Skype call we’d set up with First Nation Canadians had asked, amidst detailed questions about how tar sands are financed, extracted, and processed, why our speaker had dedicated her life to stopping the biggest industrial project in human history.

“My people are dying”: and so they are. Eriel comes from a community of indigenous Canadians whose land has been stolen, gutted, poisoned.

It was, of course, first stolen by European colonists centuries ago when they searched for beaver pelts and wood and land.

But this time, what they are searching for is different. Because Alberta has the second largest oil reserves on earth – second only to Saudi Arabia. But Alberta’s oil isn’t like other oil. The tar sands you find there don’t gush and flow. They are a thick, stinking mud. The oil is mixed with sand and clay. To extract it, you don’t put a pipe in the ground – you remove the ground. And then you process it.

And it is this process that is killing Eriel’s people. Because what is left, once the oil is removed, is poison: heavy metals, arsenic, cyanide. And this poison is left in ‘ponds’ held back by barriers which, but for the 3 Gorges Dam, are the biggest structures humans have ever made. These ponds of poison can be seen from space. But the dams don’t contain the poison. It seeps into the drinking water, and the food chain. And Eriel’s people, and many other First Nation communities, develop otherwise rare cancers, and they die.

But, like the canary in a mine shaft, they are just the first to suffer from this devistating project. NASA climate scientist James Hansen tells us about Tar Sands too. Amidst complex graphs and measurements, his message is stark. Canada’s tar sands are so plentiful, and so carbon intensive to process, that unless we stop extracting them, we can’t stop runaway climate change. Simple.

And it is in this context that BP decided to announce their first major investment since the deepwater disaster a few months ago. BP had been considering getting involved in tar sands extraction for a while. But they were shaken by the number of shareholders who had voted for an anti-tar sands resolution at their AGM. And they had said they would delay the decision until January. It seems that they won’t.

And so an emergency meeting of all those who want to take action against tar sands has been called – at the SOAS junior common room, 2pm. Come. 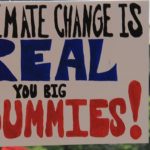 My week arguing with climate deniers on the internet 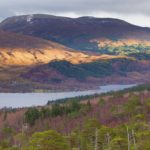 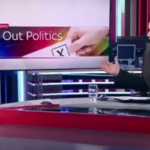 « Students vs the asset strippers: who will win?
This doesn’t normally happen – Britain gets active. »