If Cancún wasn’t a car crash, why do I feel like roadkill?

This time three years ago, I had a heated discussion with WDM’s then head of policy Pete Hardstaff, who was writing for the New Statesman at the Bali climate negotiations. We were arguing whether it was appropriate to use an analogy about hacking limbs of a baby off to illustrate what rich countries were doing to the Kyoto Protocol. I decided that it wasn’t and that he had possibly gone a little bit mad from sleep deprivation.

But he hadn’t gone mad; he was tired, yes, but it’s not the tiredness that gets you; it’s the despair. Despair renders you dumb-struck and numb. It brings on an existential crisis when you need it least. And yes, it makes you use analogies that are dramatic because you want to, you have to, convey to people that what is happening, at every boring, procedural negotiation, is the erosion; little by little, limb by limb, of our future.

Chris Huhne said that the talks risked becoming a car crash. But according to the media and governments the crash was averted, so why do I still feel like roadkill?

The car crash that Huhne predicted was that the talks would fail because Japan and Russia said they would not sign up to extend the Kyoto Protocol – the text that legally binds developed countries to reducing their carbon emissions. And this would mean that developing countries wouldn’t sign up to anything. That didn’t happen, but it was fudged, and countries signed up to ‘recognise’ that global temperatures had to be kept to a 2 degree rise and voluntary emissions reductions. And that has been proclaimed a victory for the UN process and for the climate.

This is dangerous because it threatens to undermine the Kyoto Protocol by replacing it with voluntary, rather than legally binding cuts from developed countries, that don’t add up to a total that will actually keep temperatures down.

Also announced with much fanfare is the creation of a Green Fund that from 2013 will deliver ‘approaching’ $100 billion a year to developing countries. But there are several problems: Firstly it is in part the promise of this much-needed money, aswell as the money that is supposed to be delivered now, which is forcing the hand of poor countries to sign their own death warrants by accepting this sham of an agreement.

Secondly, only a third of the money will come from public purses, the rest will be raised ‘creatively’ through private finance and offsetting through markets. In the words of the Indigenous Environment Network: “Approaches based on carbon offsetting, like REDD, will permit polluters to continue poisoning land, water, air, and our bodies, while doing nothing to stop the climate crisis. Indeed, approaches based on the commodification of biodiversity, CO2, forests, water, and other sacred elements will only encourage the buying and selling of our human and environmental rights.”

Thirdly, for decades people in developing countries have suffered under the tyranny of the World Bank’s lethal cocktail of economic policy conditions, the pushing of high carbon projects and the undermining of human rights. And it’s been reported that we and our allies from developing countries were victorious in our efforts to ensure that the World Bank doesn’t become the manager of the Green Fund. Whilst the World Bank is currently set to be the Trustee of the Fund, under the aegis of the UN, the terms are so vague and loophole ridden that it will probably end up have a key role in determining which countries get how much cash and how far they have to bend over to get it. So the campaign to get the World Bank out of climate finance is a vital one that will continue.

Standing alone against the view that the talks were a success is Bolivia. And in so-doing has stood up to bullying, bribery and bare-faced insults. Their final statement said: “Last year, everyone recognized that Copenhagen was a failure both in process and substance. Yet this year, a deliberate campaign to lower expectations and desperation for any agreement has led to one that, in substance, is little more than Copenhagen II.”

The overarching story that real progress towards a global deal to prevent catastrophic climate change has been won in Cancun is a lie. But what has been won is more time; more time for rich countries and corporations to work together to crush resistance from Bolivia and other developing countries but also from civil society groups and activists.

My personal sense of powerlessness in the gargantuan battle that people around the world are fighting against business as usual is overwhelming me. But I am finding solace and truth in the words of a friend who wrote to me and said: “As you find despair in people being locked up, beaten and killed, so you can find hope in people resisting, laughing and defying. Really I think that’s all there is. That’s all the strength there is. But it is big if you can feel it, and it’s the only thing that has ever pulled people out of desperate situations.” 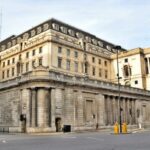 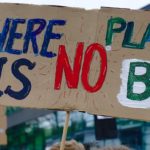 Climate organisers are set to descend on Manchester

« For Our Generation it’s the Greens or it’s Nothing
Why the Liberal Democrats were Always Going to Sell Out, and Why it’s not their Fault »