The basic aim of our Science and Technology policy is to encourage and promote research, development and application of science and technology which will:

So now reads the introduction to the Green Party of England and Wales’ science and technology policy.

At Spring conference last year we re-worked much of our health policy, removing references to homoeopathy and other ‘alternative medicines’, reversing the, frankly bizarre, opposition to embryonic stem-cell research and supporting an evidence-based approach to funding for treatments on the NHS. Somewhat under the radar, perhaps, we also required all medicines (real or imaginary) to clearly state their effects and ingredients. So that’ll be homoeopathy – ingredients: water. And, of course, we supported a free and properly funded national health service, publicly owned and publicly provided.

This year it was the turn of our science and technology policy section to face review and we made some, really quite substantial, progress, stripping out unnecessary detail and bluster and adding in policy which I think will actually attract us votes from the scientific community.

Long sections of policy on environmental and technology commissions were scrapped where those sections were felt to be too constraining and of too much detail to be of much use to use at this time. Similarly, specific lists of areas of research we support and the working of ethics boards were stripped back revealing a much clearer and leaner explanation of our beliefs. Much of the problem with the old policy was a tendency to give specific details that were often impractical and unnecessary, when the PSS (Policies for a Sustainable Society) should carry principles. (When we enter government we will have civil servants and advice from professional bodies to guide how best to formulate the precise structure of how those principles can be implemented, trying to pre-empt that process is often simply counter-productive.)

The tone of our policy has changed too, focussing on the positive things we belief science adds to our society and the ways government policy can help, rather than the constraints we need on put on the misuse of science, that we previously emphasised.

We recognise the value of science to society, and not just in terms of the narrow economic viewpoint that some other politicians seem to view it.

Research is a worthwhile activity in its own right. Scientific study must not be restricted to only that which is deemed likely to result in narrow short term economic benefit.
We value basic research and will ensure it is properly funded.
We will increase public spending on R&D to at least 1% of GDP.

Funding for science R&D is shockingly low in this country. We spend around .5% of GDP on public research and around 1.8% in total spending. Our total spending is 15th globally and well below both the government’s target of 2.5% and the EU target of 3%. Yet while other countries are investing in science we’re actually going backwards with cuts to revenue and capital spending. If anyone doubted that we are a party that values science and recognises its importance, I think our commitment to nearly double public spending should reassure them where we stand.

In fact, so committed to the importance of scientific knowledge are we, we’re passing policy to free that knowledge and make it available to as wide an audience as possible. Privately funded research at public institutions should be subject to freedom of information just as publicly funded research already is and we’ll encourage publicly funded research to be published in open access journals and offer additional funding to cover any additional costs to do so, so everyone has access to the latest research, not just those at institutions that can afford the subscriptions for the journals in which it is published.

On a similar theme, we’ll require professional bodies to put in place programmes to ensure equal participation from under-represented groups and a correction of any imbalances in their make-up. But unlike before, we no longer talk about “male-dominated hierarchies” and “closed sub-cultures”, taking a more open and positive approach. We’ll encourage the development of educational or promotional resources and activities for young people, and accept that current imbalances, however damaging, cannot be immediately altered by diktat. In the tutorials I teach (in physics), for example, it is normal for only around 30% of the class to be female, until that improves we cannot expect equal gender balance in staff and management.

Finally, we affirmed our support for the Haldane principle (that government can set strategic objectives but should leave which projects are funded to qualified research councils) and independent scientific advice. “We will ensure that scientific advisors to the government work in an environment of academic freedom and are able to always make recommendations free of political interference.” Not for us would be sacking academics because they didn’t tell us what we wanted to hear about drug policy, for example.

Our policy has come a long way, but there are still improvements we can make. Amazingly we have no policy on libel reform anywhere in our policy documents, clearly an oversight which needs addressing. Sadly it was felt that policy proposed to conference this year was not sufficiently clear or well enough written and it was referred back to policy committee for improvement prior to adoption. Hopefully that will be addressed at our next conference in the Autumn.

Policy continues to support “a moratorium on the release of GMOs into the environment and on importation of food and feed containing GMOs” pending further research into the effects on the environment, health and animal welfare. Green party policy does not, however, oppose the use of GM technology in principle or ban lab based research and development. Indeed policy explicitly states that “genetic engineering may be benign and may lead to enhanced quality of life”. While an amendment removing our call for a blanket moratorium on field trials did not pass, our current policy is actually more considered than is sometimes recognised and I’m sure this is a section of policy that will be revisited in future.

But overall, I think we’ve turned a corner, we now have a science policy I’m not scared to show to my friends. In fact it’s yet another area of policy I’ll be actively advertising to them come the next election. 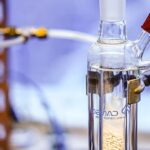 Our approach to science research funding needs an overhaul