Save the beavers of the Tay

Scottish Natural Heritage is planning to round up a free population of native beavers from the Tay catchment and put them in zoos. Beavers – wiped out in the UK around 400 years ago – are one of the quickest possible wins for the environment. Their wetlands and coppice regrowth absorb carbon dioxide as well as multiplying biodiversity, and mitigating both floods and droughts. So why is Scotland’s nature quango doing this?

I couldn’t see why so  I started the Facebook group: “Save the Free Beavers of the Tay.”

If Facebook can bring about revolutions in the Middle East surely it can change SNH and Envionment Minister Roseanna Cunningham’s mind over the fate of a few dozen beavers?

Two months in the campaign to save the Tay beavers rocks on. The local paper, the Blairgowrie Advertiser (Blairy), are supporting us and selling “Hands off our Beavers” T shirts!  There are currently 875 members on Facebook and plenty more off it.  We have some big names: singer songwriter Dougie Maclean, said on joining, “I didn’t realise this was going on, but now I know I’m really angry.” The list also includes Louise Batchelor, the environmental journalist, Sir John Lister Kaye, the nature writer, a slew of academics and some beaver experts from America who are very actively involved.

The Blairie interviewed Dr Martin Gaywood, SNHs beaver expert last week. He said some pretty rude things about us and the free beavers. He didn’t seem very convinced about  beavers in general which is surprising considering he is in charge of the trial reintroduction in Knapdale. He seemed to think they could find out about beaver impacts on salmon there – which is odd as there aren’t any salmon in Knapdale.  He also thought he could find out more about the beavers ability to make wetland, than is already known from the couple of dozen European countries that have beavers.  This is what I said in reply.

“Martin Gaywood says “the Tay issue could have a negative impact on conservation.” I have to say I agree with him.  Eradicating animals which famously increase biodiversity – making habitat for otters, water voles, salmon, trout, water fowl, bats, and woodpeckers to mention but a few, might have rather a negative effect on conservation.

He also said, that the issue is “damaging the credibility of conservation in Scotland.” Again, I have to agree. When the quango paid by the taxpayer to look after our wildlife announces that it intends to round  up wild animals and put them in zoos, you have to wonder – whether conservation has lost its way? Especially when this is the same species as the one they are expensively reintroducing to the next county.

And finally, that it is about “illegality within internationally recognised guidelines.” Spot on again.  SNH is flouting European law, which protects European beavers unconditionally, once they are re-established in the wild.”

I thought of writing to Roseanna and pointing out that, though she may think they have a trial reintroduction in Knapdale they really don’t have a politically feasible exit strategy.  For those of you for whom this is a new subject, the reason they are pretending to have a trial going on (as opposed to an actual reintroduction)  is that a few landowners who don’t like beavers kicked up a fuss about them being reintroduced, so the reintroduction was watered down to a trial.  Meanwhile junior Scottish Wildlife Trust members have charts on their bedrooms walls with pictures of beaver kits and messages to them and their parents telling them that beavers are a keystone species, the missing link in Scotland’s ecosystem. So let us imagine a scenario in 5 years time when they announce that the beaver trial has failed and all the beavers have to go.  Where will they go?  To zoos? I don’t think so. Beavers are awful zoo animals. They chew through everything and need large enclosures, then rarely show themselves in daytime.  Well then, what about those places  the opposition like to call ‘private collections’?  Derek Gow, who quarantined the beavers that went to Knapdale, and knows all of the people who have or want “private collections” says “There is no demand. Everyone who wants them has got them.”  And you can’t add in more. Beavers are territorial animals.  There would be only one thing to do with the Knapdale beavers and that is to shoot them.  All of the above, of course applies to the Tay beavers too. Maybe this is why they have only caught one so far.  They are wondering what on earth to do with them.  Perhaps we have thwarted their plan to shoot them – in the last resort –  that was discussed at the rather dubious Species Reintroduction Forum last August and agreed at the time by SWT and RSPB (who have since distanced themselves from the decision).  I wouldn’t like to see the government telling the children with the wall charts, or their parents of their plan to shoot the Knapdale beavers whose progress they had been following with such delight. They may claim to have a legal exit strategy, (we disagree) but it is pretty clear that they don’t have a politically possible exit strategy.  And with aid of Facebook I think the public will know how to get their message across.

If you haven’t already done so please join the campaign.  Lets get to 1000 by the end of the week! 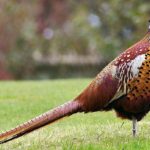 If we're going to help save elephants, we need to get our own house in order