The mood at the start of the march was great. Union leaders gave short speeches which conveyed how furious they were at the ConDem government and how happy they were with the huge turn out, which was clearly far larger than had been anticipated as measures had to be taken to ensure there wouldn’t be problems getting everyone going. I heard there were estimates of 30,000 people in attendance. There was an amazing carnival atmosphere helped by the SOAS samba band.

Twenty minutes into the march two of my fellow ex-defendents and I came across an Uncutter up a lamppost who had performed the banner drop. The police were encouraging him to come down and threatening him with arrest for criminal damage. We moved on to avoid any trouble – I don’t think anyone wanted a repeat of March 26th! Only 5 minutes later we stumbled upon a group of young boys being “section 60’d” for wearing black and having shinpads. There was a crowd gathered round them and when we neared Charing Cross we found a group of protesters calling for the boys’ release. We later learnt one had been arrested for possession and the others freed.

Whilst it was very much the Unions’ day many people didn’t go to the speeches, the general feeling amongst a lot of people I meet is that they’re not going to change things for us and a lot of what’s said is things we’ve heard before. Instead people milled around debating and discussing and then came the personal highlight of my day: the UKuncut football match, Bankers V The Workers. Members of the Government, bankers and tax dodgers played a dirty game against the workers. There were small children as linesmen (I heard one wee girl say “I don’t want to be a member of the Government, I want to be a worker” – she’s going to go far) and plenty of people looking on, cheering on the working people, whilst David Cameron and George Osborne were always on hand to give the bankers and corporations a helping hand. I saw plenty of riot vans speed past and police officers rushing towards Parliament Square but managed to avoid any unrest.

After the Uncut group disbanded us “juvenile delinquents” headed up to Trafalgar Square, where we witnessed some of the very small Black Bloc that had turned out attempt a roadblock, but moved on just minutes later. There was so many people with cameras around the police didn’t dare try anything – a lesson, I believe. Later, on Whitehall, there was a sit-in and for a short while it was blocked off to everyone. However, there was minimal disruption and I saw no violent demonstrators and minimal displays of police violence. Apparently some officers even expressed support for the cause – unsurprising really, as they’re experiencing cuts of 20%.

It was a very calm, fun march, the turnout of both workers and those marching in solidarity was excellent and there was a definite air of hope and confidence that this would not be the last strike of the year. If the Tories, Lib Dems and even the Labour Party think their workers will sit down idle whilst they have their pensions snatched from under them then they’re in for a shock. 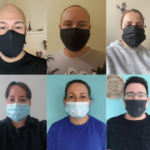 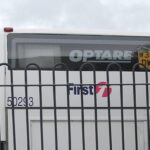