As of midnight 9th July (10pm 8th July UK time), South Sudan became an independent nation. How should we respond?

As far as moments of liberation go, it doesn’t get much bigger than today. The end of apartheid is an appropriate recent comparison. I can’t think of many more, but that might be just because I’m too excited. Today is a day for celebration; for possibly the biggest party Africa has ever witnessed.

Yes, there are huge challenges. There are many who will find it difficult to celebrate today. The Dinka Ngok of Abyei were promised a referendum to decide whether they would be part of the North or the South. They wanted so desperately to be part of this moment. But they are still waiting, their future uncertain, caught between a government willing to wipe them out to keep control of the land and a new state keen to avoid a return to war. The Nuba people too will find it difficult to celebrate – they fought as valiantly as any for freedom but while the South gains independence, President Bashir has announced the agreement his representatives signed only a week ago is null and void, and he will continue to slaughter the Nuba and bomb their villages.

And yes, there are massive challenges in the South, too. Transforming a huge guerrilla army into a national army where local units respect human rights and regard life as precious not cheap; making democratic freedoms a reality on the ground where in wartime differences of opinion could represent a physical threat; building a diverse economy where the proceeds of wealth are enjoyed by local communities rather than relying on oil – all these challenges and many more will require time, a patient international community, an organised assertive civil society independent of connections to opposition parties and a Government of South Sudan that is not afraid to admit its weaknesses and take risks in devolving power.

But for one day, let’s put all that aside. For one day, let’s not “manage expectations” but let hope soar. When the South Sudanese stand together and shout “South Sudan Oyee!”, instead of responding with carefully worded caveats and reservations, let’s shout “Oyee!” back. When they sing of “saluting our martyrs whose blood cemented our national foundation”, let’s bow our heads in respect. When Dr John Garang is quoted and lamented, let’s not mutter about Dinka domination but instead remember the great strategic vision and ability to reach out to non-Southern Sudanese that put Southerners in a position to make separation a reality; when Riek Machar steps up to the podium to speak let’s not think about past divisions but instead remember that the CPA would never have been signed if he hadn’t returned to the SPLM fold because the NCP would’ve continued to believe they could win the war on the battlefield.

Today is a day for leaving things in the past that belong in the past, and taking hold of a new reality. A day to celebrate together, to speak in platitudes, to get excited, to offer congratulations instead of analysis. Wherever you are today, celebrate – moments like this don’t come around very often. 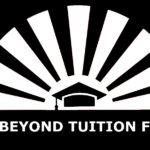