Prefiguring the kinder society we want

To resist the attempts of those who seek to drag yet more wealth away from ordinary people to fill the coffers of those who brought us the financial crisis, we need to clarify our understanding of how the system as a whole is changing and needs to change, fast; and create the spaces for prefiguring the kind of society we want.

That prefiguring can come in many ways. I want to look at just two. Firstly, practical on the ground community initiatives – and in particular look at criticisms of the Transition Town movement; and secondly, look very briefly at organised civil disobedience.

(i) Practical on the ground community initiatives such as Transition Towns, Development Trusts, and the Land Reform movement, all of whom demonstrate that communities can take back power into their own hands and succeed where an atomised society of isolated individuals has failed.

The Land Reform movement that has helped restore community ownership in many crafting communities on the west coast of Scotland can be criticised as being limited only to those areas, but it is helping to generate a movement that is seeking the right for communities across Scotland to regain control of crucial local assets.

The Development Trust movement can be criticised for being focused on enabling communities – especially poorer communities – to succeed within the current economic enterprise paradigm, but only communities regaining their confidence can provide a basis for a more radical rethinking and regaining of power.

But the movement I want to focus on here is the Transition Town movement – can such movements really help bring into being the kinder society we need?

In their critique of the transition movement – ‘The Rocky Road to a Real Transition: The Transition Towns Movement and what it means for Social Change’ – Paul Chatterton and Alice Cutler distinguish between the lasting systemic changes they argue we need to work towards, and what they see as the less substantial place based changes the Transition Town movement encourages people to focus on. They argue that “changes to place don’t really add up to a long lasting and substantial transition, not least globally” (2008: 33). They argue that the Transition Towns movement focusing on locality can deflect people from pushing for the systemic changes that are urgently needed, and they argue that these Transition initiatives carry the potential of inadvertently absolving the welfare state of its responsibilities by themselves taking on community service roles.

Their 2008 critique is even more resonant in the UK today where, against a backdrop of draconian and unprecedented cuts in public spending, the Conservative-led government uses its ‘Big Society’ rhetoric to encourage communities to step forward to voluntarily take on roles which public sector workers were being paid to undertake. At the same time communities are being encouraged to step forward and buy crucial local amenities which will otherwise be sold to private companies for private profit. One example being when the people in the Forest of Dean were – like communities surrounding all government-owned Forestry Commission land – asked to step forward and buy what they already own. The attempt to enclose the commons continues apace.

In his response to the argument that the Transition movement should be taking an explicit anti-capitalist position, Rob Hopkins writes that Transition

“doesn’t start with a belief that growth, capitalism, whatever, are morally bankrupt and ethically malevolent,”  rather that “ . . . in the light of peak oil and the economic meltdown, their implosion is inevitable and we need to engage the same creative thinking that got us to this point in designing a new approach.” Rob continues: “I am taken with the idea of Transition coming in under the radar, and my experience is that the people who are picking it up and running with it are, in many cases, not people with a long background in anti capitalist work, but just people who often perceive themselves as apolitical and are taken by the vision of the whole thing.”

Although in theory these understandings of power appear to be diametrically opposed, this may be more because we can experience power in very different ways rather than because one analysis of power is right and the other is wrong. When Chatterton and Cutler write that “Transition Towns are ultimately subject to the same order of oppression, class structure, entrenched power and vested interests [as everywhere else]. . . each place and locality is woven together by networks of power which have been forged over centuries” (2008: 34). they are prioritising the existence of coercive power – a reality we can all surely recognise.

However, when Hopkins highlights people’s ability to engage in creative community projects that can transform their neighbourhoods, this is also a reality many of us can recognise. Hopkins analysis highlights the existence of a very different sort of power: there is not just coercive power, but also a very different power that is grounded in real relationships of care, one which is most evident in the connections people have with place and with each other – one that Commons systems seek to amplify and renew.

(ii) Civil disobedience such as UK Uncut here, or mass mobilisation as evident in the extraordinary scenes in Spain, demonstrate a completely different part of the way forward. The ability of UK Uncut to mobilise huge public sympathy behind their insistence that the rich should also be paying their way has been impressive. In Spain, with hundreds of thousands taking to the squares in entirely unexpected, creative non-violent protest, or in Greece where the gatherings in Syntagma Square in Athens perhaps shouldn’t have surprised everyone with their extraordinarily democratic approach, people have demonstrated far more public ways to seeking to prefigure and bring into being the kinder society we want.

But as Albert Bates writes of the protests in Spain;

“While the young, unemployed protesters camped out in Puerta del Sol demanded “Democracy Real Ya” (“real democracy now”), right-wingers, some of them previously under indictment for corruption, swept the democratic vote.

“Spain is now as forked as Ireland. It not only has all the problems of a crumbling paradigm — the religion of endless growth — but it has elevated the high priests of that paradigm to its seats of power.

“Will the protests grow? Yes.

“Will they spread to other countries? Probably.

“Do the protesters have an achievable goal, some realistic strategy to get their countries out of this huge bind? No.”

And this is where a clear flexible routemap is vital to show a way to disentangle ourselves from the machine we have been convinced we are wedded to.

This is the eighth in a series of ‘Case for the Commons: the kinder Society we want’ posts – the ninth will look at how any such routemap has to be grounded in a very different paradigm, a very much more accurate understanding of what it is to be human. Read the rest of the series here. 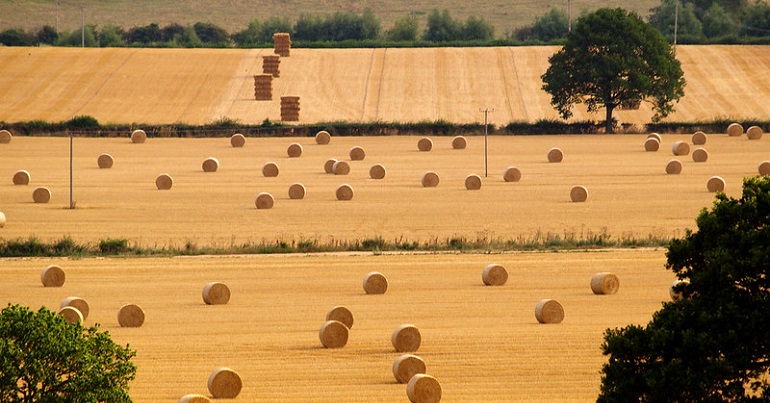