The kids are all riot

“Morning Splinter” I say as my giant of a cellmate rose from his bunk “there’s been trouble in your manor.” I’ve got the lingo down now, you see.

I flip the channel to show him what I mean. It seems you lot have been busy. Rioting across Britain. Police losing control of the streets. Violence, arson, anarchy. Thank Christ I’m safely locked up in here.

The rolling, if Breakfast, news coverage hits on the salient point and Splinter holds his head in
his hands.

“They’re Rioting in Brixton” he opines “and I’m fucking stuck in here!”.

Less than an hour later Splinter gets told he’s going to C wing and we say our brief goodbyes. It’s odd seeing him go – while I think Splinter would agree we didn’t quite qualify as friends, we’d bonded during our four days in a locked room. Worst of all, I never got round to asking him how to rob a bank, which would at least have given me something to fall back on if comedy doesn’t work out.

With Splinter gone I use some of my direct action skills to occupy a space, in this case the bottom bunk, thus making me king of E 4-05. Before my new roomie arrives, however, I am spirited away for resettlement, an Orwellian sounding process which actually only involves asking me a few questions ostensibly to make sure I’ve got somewhere to stay when I leave and won’t mug an old lady for her housekeys on my way out of the gate. Towards the end of my friendly interrogation, the screw filling out the form asks

“Is there anything we can do to help prevent you from re-offending?” I think about this for a moment before deciding to answer honestly.

“Imprison Rupert Murdoch.” There isn’t a tick box for this, so she diligently writes my answer down under “other”. If I end up back in here, the state has only itself to blame.

As we were waiting to be taken back to our cells, something I’ve become quite adept at, talk to turns to violence inside and outside of jail.

“They use rubber bullets and bean bag guns” offers Mr. Ben, who has set himself up as an expert on riot control.

“Actually, on the mainland…” I interject.

“They do inside High Down.” He informs me. I’m out of my depth.

Rugrat, a comrade from E wing, seems undeterred though. “There’s a lot more of us than there are of them” he points out accurately “we should just bash out at S&Ds and do it.”

“So?” responds Rugrat “We’re locked up all day anyway.” I laugh nervously. I’m pretty certain this is all just banter, but who knows? Maybe this is how prison riots start.

Before going back to the lodge I’m buttonholed by Bucky, a guy from C wing, who says he’s heard I’m writing about the prison. Clearly walking everywhere with a pen and paper in my hands is not a particularly subtle strategy. He tells me a story of the genuine violence which happens within these walls. A week ago Bucky had said the wrong thing to a couple of screws while he was collecting his dinner and they’d followed him back to his cell. When he realised what was happening he ran for the door and asked another jailer to lock him inside, but it didn’t work. The two guards pinned him down in his dwelling and kicked the shit out of him- his face is still puffy and distorted from the beating. He looks at me like I’m crazy when I ask if he’s thought of reporting it.

Back in my own stone box, my new cell mate, Rocksteady, has arrived. He’s asked me not to write about his circumstances, so I won’t. Luckily he didn’t say anything about hacking his voicemail, so I still have options if he tells me anything really juicy.

We spend a lot of the evening chatting about riots and getting to know one another. Annoyingly for you, his story is fascinating. It’s annoying for me, too, but at least I got to hear it.
I mean, seriously. Wow. Prison has its perks.

I spend some time working out what to do if there’s a prison riot, interspersing calm strategising with the occasional mindblowing glimpse of vertigo when I realize that, yes, I’m considering this as a real possibility. With a little luck you won’t get to read about my plans in the papers before you read this blog. They mostly involve hiding.

There’s one other unsettling note to my evening. According to Rocksteady, screws don’t take too kindly to people writing about what’s going on inside. Considering Bucky’s story, I can see why. 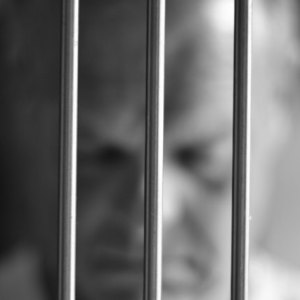 Dick of the Year – David Starkey

Dick of the Year – Theresa May, Nadine Dorries and Louise Mensch