If you have been following the news recently you could be fooled into thinking the politics of the UN negotiations have been turned on their head. It might no longer seems to be a case of developed vs. developing countries, but of new alliances forming between them and the UK committing to the future of Kyoto and a new ambitious global deal.

But in actual fact the reality of what we are seeing is the same old politics, but with a clever spin and a lot of muddying of the waters.

So, what are the UK & EU really saying? Though they sound like they’re using the same language as some developing countries, they are in fact aiming for something completely different. In reality, their goal is to scrap anything in the UN talks based on the differences between developed and developing countries and the principles of historical responsibility for causing climate change (that industrialised countries in the global north have grown rich on the back of massive emissions). This goes against justice, one of the fundamental principles of the UN convention on climate change. So whilst the idea of treating all countries as if they were the same may sound good in theory, in practice it is far from a just solution to climate change.

Judging by the way the talks went at Cancun and Copenhagen, it is clear that rich countries are shirking their responsibility by pushing to scrap legally binding targets. Instead they prefer a move to insufficient and ineffective voluntary pledges that are guaranteed to lead us to catastrophic climate change. As if the voluntary pledges aren’t bad enough, the new deal they are proposing would not come into force until 2020, which would make it impossible to meet their own stated target of a 2°C increase in global temperatures, never mind the 1.5°C demanded by most developing countries and backed by the science.

We’re now hearing that the UK and EU are also pushing for a ‘political Kyoto’, where new targets are set, but without any requirement for them to be legally binding. They would get to keep carbon markets, clearly shown to have failed, without having to commit to the legally binding targets that are required to ensure meaningful action.

Clever use of language doesn’t mean countries are pushing the same thing. In fact, language is another way rich countries use their privilege in the talks. For many of the rich countries English, the primary language of the talks, is also their first language.

The reality is UK and EU are aiming for “The Great Escape” – no extension of the Kyoto Protocol’s legally binding targets and a new deal equating developed and developing countries, therefore ignoring historic and current per capita emissions.

The real battle in Durban should be around getting ambitious commitment on legally binding targets for developed countries, based on the treaties that already exist, and on ensuring finance is available that will help people, not corporations, adapt to climate change and find new ways of accessing energy whilst mitigating climate change. Hiding political differences under the vague language of a new global deal is just a distraction from the emissions reductions developed countries are so keen to avoid. 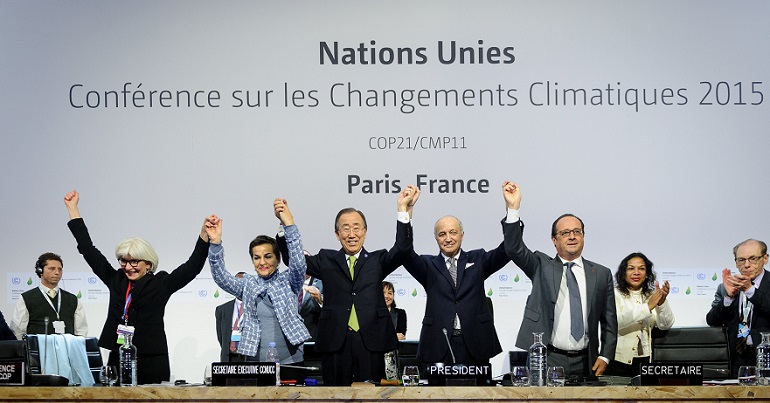