Dick of the Year – David Eastwood

This is a nomination for the Bright Green Dick of the Year award from Mike Williamson. To nominate your #dick2011, email 200ish words to editors (at) brightgreenscotland (dot) org.

David Eastwood isn’t exactly the most high-profile candidate for this year’s award denouncement, but some amongst Bright Green’s readers will groan knowingly if I mention that he is the Vice-Chancellor of the University of Birmingham. Others will be able to tell he’s evil just because he looks like The Hood out of Thunderbirds!

Physiognomy aside, you may have read recently that the University of Birmingham have recently taken out an injunction to ban for 12 months any occupations and sit-ins on its grounds. This affront to free speech is indicative of the way Eastwood conceives of higher education as a business, and students as customers without any say in how their universities are run. The move has been condemned by human rights organisations Liberty and Amnesty International. A similar injunction was removed by the University of Sheffield following outrage from students. Eastwood has also been accused of taking an aggressive stance towards strikers on picket lines on November 30th.

If that’s not enough, here are some other dickish things related to David Eastwood:

All this, I think, makes David Eastwood a more than qualified candidate for Bright Green’s Dick of the Year 2011. 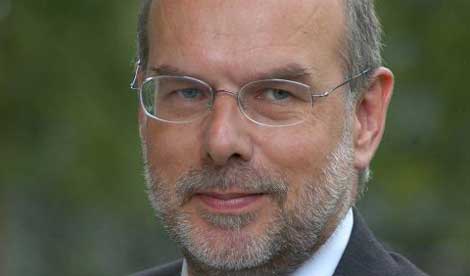 Time to Take Democracy Outside

« Don’t give up the pensions fight
Dick of the Year – Theresa May, Nadine Dorries and Louise Mensch »