The Morning After The Night Before

It’s going to be one of those bittersweet days. The Greens made a few decent gains around the country. I suspect Jenny Jones will have performed creditably. But elsewhere we’ve seen good people get up and leave the party of late; Charlotte Dingle, Adam Pogonowski and several others. What’s most discouraging is that those who have left have tended to be young and energetic. There are several veteran moaners I’d not have missed but they, a little like haemorrhoids, seem to be with us for ever.

Of all the challenges the Green Party faces there are two we should tackle as a matter of urgency.

Firstly the party needs to find the right balance between the traditional green agenda and our commitment to social justice and translate that into a message that goes beyond the ‘Green New Deal’.

Yes we’re in a period of economic change as radical as the Agricultural Revolution in the early C18th, the Industrial Revolution of the early C19th and the birth of the oil economy of the early C20th. Yes the switch to Green clean tech is a part of that change, but it’s not the whole of it. However much we talk about a Green New Deal few people will buy the idea that we will pull ourselves out of an economic crisis through extensive loft insulation and building wind turbines alone.

We need an encompassing social and economic message that captures the wider Green vision. That means not just a shift away from pollution and unsustainable consumption. It means a shift towards something more positive – an economy powered by the liberal, free thinking culture that we enjoy in Britain (and I’d argue that we’re far more diverse and free thinking than almost any other country on earth) and educational resources that could, if properly tended to, be the best in the world.

I’m talking about a high value, low waste economy focused not on want creation but on meeting people’s needs. I’m talking about replacing a system that fabricates unhappiness in order to fill the void with consumer crap with one that cuts to the chase by setting out to create happiness in the first place.

We need to be talking about the politics of happiness. When Thomas Jefferson added to America’s Declaration of Independence certain self-evident truths; “that all men are created equal, that they are endowed by their Creator with certain unalienable Rights, that among these are Life, Liberty and the pursuit of Happiness,” he had grasped that our happiness, singularly and collectively is what it’s all about. People want to be happy. They want their families to be happy. They want their children to be happy. The pursuit of happiness for our nation and those our nation touches should be our goal.

But as the old saw says, you campaign in poetry but govern in prose. There needs be detail beneath the message. We need to be both radical and strategic in our approach to the economy – that which gives us the means to pay for the healthcare, education and other services that are the bedrock of a civilised society.

A higher percentage of GDP in Britain comes from the creative industries than does in any other economy anywhere. Likewise Britain should build up its research base, whether that be in biomedical research, clean technology, IT or high-end engineering and create the infrastructure needed to turn the fruits of that research into products that reach the market. We need to recognise that we won’t compete with the emerging economies on labour cost and create jobs that add value and thus pay decent wages. That means realising the potential of all our fellow citizens and seeing their talents as a resource we’d be as loathe to waste as water or oil or steel. And we need to treat that talent as a renewable resource that, properly deployed, can help reduce the use of resources that are finite and/or damaging to the environment.

That inevitably leads us to the issue of social justice. In America people have a dream. They dream that anyone can grow up to be President. Both Bill Clinton and Barack Obama have shown that you can face huge disadvantages and still occupy the Oval Office and lead your nation (of course the deals they had to do to get there and whether they did any good while sitting behind that desk are other points entirely).

This country is still the prisoner of its history. Here you get to the top because you were born at the top. Our head of state isn’t chosen. He or she just needs to be conceived in the right womb. A vast proportion of the nation’s wealth belongs not to people to helped create it but to people who inherited it from ancestors who took it at the point of a sword or won it by sucking up to a monarch.

Not only does this translate into a society where power is not evenly shared, it sets the tone for a society in which achievement and effort are decoupled. The people at the top, from the monarch down, aren’t there by virtue but by accident. What sort of signal does that send to a 15 year old preparing to set off towards the adult world? What is the British dream? That if you are born in the right year and you’re pretty enough you might be able to apply to a university where one of our princes or princesses is studying and marry them? That’s great in the world of Barbie and Ken. Out here in the real world it’s a recipe for discontent and disillusion.

We need to marry a vision of a diverse, clean, high quality economy with a nation where education can take anyone from beginnings however humble and liberate them to contribute the whole of their talents to the making of a happier nation. We need to value people by what they give and not what they take and we need to recalibrate people’s idea of worth. People know instinctively that good teachers, nurses and emergency workers are as valuable as bankers. It’s not an argument we have any trouble winning.

That takes me to a second challenge – broadening the front along which we communicate with people. As things stand the Green Party created just two elected leadership posts. That serves to build on the perception that we’re all about one person.

The Greens need a mechanism for showcasing the talent in depth and the diversity of views that the party undoubtedly has. The last time people asked where would a major Britiish party be without their leader it was with reference to the Tories and Margaret Thatcher. Her dominance meant that an entire generation of future Conservative leaders was blighted by having grown up in her shadow.

The problem with Caroline Lucas isn’t that she’s overbearing or megalomaniacal. Rather the problem is that her very effectiveness as a politician combined with lack of seats alongside her contrives to present us as a one woman show.

Not only can one woman not do everything and not be everything, I very much doubt whether Caroline wants to be in that position.

It’s time the Green Party started to think more seriously about broadening the franchise beyond two elected leadership posts to allow a proper team, chosen by the party, the chance to show that the Greens are a movement and not a fan club.

Two years ago I tried to offer a solution to that problem. This autumn I suggest we mandate the leadership, GPEx and GPRC to overhaul the Green Party’s administration and shift the centre of gravity within the party from those given a mandate to administer and deal with internal politics, to giving a mandate to those charged with communicating a Green vision to people outside the party.

The time for navel gazing is done. We need an outward looking party focused on winning over people to our ideas, and leave the administration to people who want to get that job done. It might also give those talented, often younger members with so much to offer, something to aspire to and a vision of a future within the party, not of a dead end. 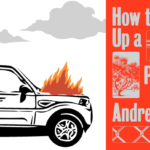 « 20 Ways to Change the Way We Eat
LOLBoris and LOLObama »