I was asked by the Young Fabians to write about the climate change challenges for a potential Labour government in 2015. This piece first appeared in their magazine – Anticipations

Under the north of England lies a bountiful quantity of shale gas. It is vital to the future of humanity that it stays there.

Ten years ago, this vast reserve couldn’t be extracted because it was too mixed up with sand and rock. Today, the technology exists, and its use is igniting debate around the world. Media attention in the UK has looked at specific issues with this process of extraction, known as hydraulic fracturing or ‘fracking’. Last year, the British Geological Survey concluded that a small earthquake in the Blackpool area was the result of fracking. As you’d expect with such a risky technology, local people have been resisting: in Lancashire and in Sussex, people have started to mobilise. Over in Poland and France, the process has been banned – for now.

Shale gas is not the only battle against fossil fuel extraction in the UK. In Scotland’s central belt there is a vibrant movement against attempts to expand open-cast coal mining, including the sort of camps and tree dwellings seen during the 1990s roads protests. Recent attempts in Shetland – supported by Vince Cable – to mimic the deep water drilling made famous by the Gulf of Mexico oil spill have been disrupted by Greenpeace swimmers.

As fossil fuel prices have risen around the world it has become increasingly commercially viable to invest in wells and mines which were previously too difficult to bother with. Whether it’s extraction of Canadian tar sands, prospecting on the war-struck Congo/Uganda border or off-shore drilling in pristine Arctic waters, reserves that have previously been off-limits now form the new frontier for the global fossil fuel industry. For those who live above these reserves, their extraction is often disastrous. On the border between the Democratic Republic of Congo and Uganda, British oil companies have been accused by human rights groups of seriously exacerbating the ongoing war and of providing arms in a conflict that has displaced thousands of people. In the fight to save the planet from tipping into dangerous climate change, such communities are the front line.

In a sense, the issue is pretty simple. James Hansen (until recently NASA’s chief climate scientist) explains it in the clearest terms: by his sums, we can probably get away with burning the conventional oil and gas in known reserves. Add in coal, new reserves and unconventional oil and gas (including the UK’s shale gas and Canada’s tar sands) and we are in serious trouble. In fact, Canada’s tar sands are so polluting and so inefficient to extract that they alone are enough to send the climate beyond the point of no return.

So what, then, is the UK’s role? UK climate policy almost always focuses on our domestic emissions, but to think this is our only impact would be a mistake. Imagine this scenario: a conglomerate of UK companies arranges for the extraction of oil in Uganda. This oil is transported by tanker to Vietnam. It then fuels the shipping of a product (designed in Britain for a British company) from a factory in Vietnam to a warehouse in the UK: almost none of the emissions have come from the British landmass but most of the profits and the product itself have gone to the UK. If our government is to play a serious role in tackling climate change, it can’t just look at domestic emissions: it must look at the ways that it supports activities that drive global climate change.

There are three obvious examples of this. The first is extraction. Within the UK, shale gas and coal extraction – whether or not it is burnt here – must be banned. As James Hansen’s summary makes clear, for humanity to choose to burn anything but conventional oil and conventional gas is now suicidal. Secondly, the Foreign Office and the Department of Business, Innovation and Skills must stop using political muscle on behalf of our oil companies. And thirdly, the Royal Bank of Scotland (RBS) must stop financing destructive projects with taxpayers’ money. RBS is proud of its role in the fossil fuel industry, bragging about being ‘the oil and gas bank’. It employs not just finance experts, but geologists and petro-chemists too. The activism and research organisation Platform allocated to RBS the portion of emissions from projects with which it was involved, in addition to the portion of emissions from funding arranged by it for other projects, and found that it was responsible for as much climate changing pollution as the whole of Scotland. In the last six months alone, Friends of the Earth Scotland have shown RBS’s involvement in fossil fuel loans worth £40bn. It is, in effect, a massive oil company.

Back in 2009/10, People & Planet, Platform, and the World Development Movement took the Treasury to the High Court and through what Martin Horwood MP described as “the angriest select committee meeting I have ever seen” over this. The latter ended with the committee chair calling on the government to “sack the board” of RBS. We met with ministers, senior civil servants and the chief executive of RBS in person to discuss the issue. Despite legal requirements to take carbon emissions into account when making major decisions, the UK government (and in particular Alistair Darling and Lord Myners) consistently refused to use their controlling share of RBS to stop the financing of destructive projects. This left UK taxpayers footing the bill for filthy extraction projects, and arguably wiped out in one swoop almost any credit the government deserved for the Climate Change Act (2008).

The next Labour government will have to make up for that, and extraction will be a key place to start. Looking within our shores to begin with, the idea that we won’t extract shale gas is revolutionary. The last fossil fuel find of this kind – North Sea Oil – is arguably what funded Thatcher’s re-elections and thus her revolution. And yet we must leave this fuel where it is. Likewise, Scottish open-cast coal mining and ideas of Shetland deep-sea prospecting must stop. If a wealthy country like ours continues to extract its fossil fuel reserves, how can we expect less wealthy countries to do differently?

In addition, the government must arrange serious funding for a renewables revolution. If Ed Miliband succeeds to Number 10, he must convert loans for extraction into loans for renewables – just as the government did with loans to small businesses. If we’ve learnt one thing in the last few years, it is that we can’t expect unregulated banks to invest in the things society needs them to invest in.

The fight against climate change is simple. There is a whole load of carbon in the rocks beneath our feet. We need to make sure it stays there. This means both not taking it out and delivering alternative ways of generating energy. Until we in the UK are willing to stop extracting fuels domestically and to stop making money from extractive industries around the world, the idea that we are leaders in this fight is comical. If the Labour Party is serious about climate change, then it must get serious about the UK’s true role in changing the climate. 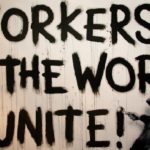 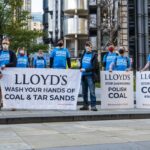 Lloyd’s of London told to ditch coal and tar sands 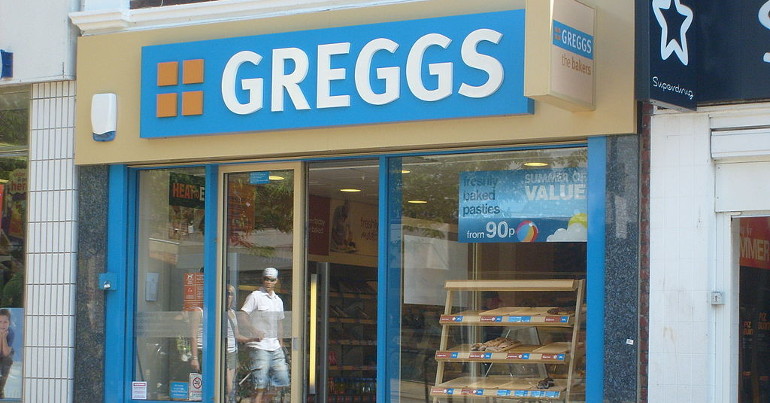 When it comes to public ownership nothing’s off limits