I hate to put a downer on things as we reach the halfway point of London 2012. Like many people, I have spent the past week pinned to my sofa routing for Team GB. But after I attended the fantastic anti-corporate Olympics demonstration in East London last Saturday (personally, to protest the great Olympic tax-dodge), I felt compelled to write this. I love sport, and I sincerely wish all the athletes well. But to think that London 2012 is nothing more than an economy-boosting celebration of sporting endeavour is naive – behind all the festivities are a series of dodgy corporate partnerships which would seem laughable were they not so serious. Here is a summary.

Corporate joke number 1: The partnership of the Paralympics with Atos. The healthcare branch of this French IT company has been contracted by the Department for Work and Pensions to carry out what it calls ‘Work Capability Assessments’ – tests ostensibly designed to check eligibility for Employment Support Allowance, a maintenance payment given out to the disabled. But the Citizen’s Advice Bureau have reported high numbers of genuinely ill people found ‘fit for work’ under the current system, claiming ‘clients in this situation include people in the advanced stages of Parkinson’s Disease and Multiple Sclerosis, people with severe mental illness, and some who are…awaiting open heart surgery.’ Disability rights activists have reported people driven to suicide after withdrawal of benefits. Earlier this week Channel 4’s Dispatches reported on Dr Steve Brick’s undercover experience with Atos, which shows a trainer telling him: ‘as long as you’ve got one finger and you can press a button, you don’t score anything’. Atos are – quite literally – sticking up one finger to the disabled. Disgracefully, Atos were this week awarded a 400 million pound contract by Cameron’s government to continue tests.

Corporate joke number 2: G4S’ role as security provider for the Games. Their incompetence at their contracted job has been well documented, providing only 6,000 of the 10,000 guards they were required to supply, but the ironies go well beyond that. G4S have been awarded a 23 million pound a year contract by the British government to provide security in Afghanistan. The rationale for the war in Afghanistan is – ostensibly – to dismantle Al Qaeda and prevent a jihadist attack on the streets of the west. NATO’s attacks on Afghanistan have driven the Taliban into Pakistan, where Obama is pursuing his drone strategy. Former advisor to the Pentagon David Kilcullen has talked of ‘92 per cent innocent civilians being killed and 8 per cent militancy.’ This, presumably, is why a 2004 report to the US government claimed ‘American direct intervention in the Muslim World [in which the UK participates] has paradoxically elevated the stature of and support for radical Islamists’. A war in which G4S participates is making a jihadist attack on the streets of London more likely, not less – so much for ‘securing our world’.

Corporate Joke Number 3: British Petroleum’s status as London 2012 ‘sustainability partner’. This one perhaps takes the biscuit most of all. As part of their sustainability agenda they have a shiny new ‘Target Neutral’ project, promising to ‘offset’ the carbon emitted by all those flying to London for the Games. Greenpeace, however, have calculated that 93% of their money has been invested in traditional fossil fuels, while only 2.97% has been invested in biofuels, and 1.39% on solar. In December last year, they closed their solar division entirely, citing a lack of profitability. They have also now commenced exploration and extraction work in the Canadian tar sands – something NASA scientist Jim Hansen says would add 120ppm to the carbon concentration of the atmosphere, meaning it would be ‘game over’ for the climate. And of course, there was the Gulf of Mexico oil spill in 2010, when, over the course of three months, 4.9 million barrels of oil gushed forth from the gulf, an oil spill so large it could seen from space. The ecological consequences of the disaster are almost incalculable, with some scientists claiming we won’t know exactly what they are for at least a decade. How dare they claim to be champions of sustainability.

These are only three of the most egregious examples. Even the Olympic Opening Ceremony seemed like a cruelly ironic joke – although perhaps at David Cameron’s expense. The NHS? David Cameron has just handed that over to private consortia with the Health and Social Care Bill, meaning 49% of state hospital beds can be used by private contractors, and Great Ormond Street is being cut by 16 million. The British Film Industry? Jeremy Hunt’s axed the British Film Council, funders of Oscar-winners Gosford Park and the King’s Speech. Britain’s Children’s Literature? Every Child a Reader hasn’t been ringfenced, meaning thousands of kids will not get to explore Britain’s marvellous canon of children’s stories. I didn’t know whether to laugh or cry.

One of the few compensating aspects of the Olympics is that the 11 billion plus that has spent on the games may have acted as a temporary economic stimulus – helping to
counteract the consequences of David Cameron’s demand-suffocating cuts. It’s difficult to work out exactly what economic impact the Games have had, but some evidence suggests the benefits may be exaggerated, even for east London: according to the Equality and Human Rights commission, only 22% of the Olympic Delivery Authority’s London contracts went to the five host boroughs, which constitutes 53% of the total. As for a rush of tourist dollars, some businesses report collapses in sales of about 50%. Some east London residents have reported evictions.

I’ve always felt that one of the best forms of protest is mockery, and the International Counter Olympics Network now have a Counter Olympic Torch which toured the East End in the run up to the Games, including sites which residents fought to protect. At the anti-corporate Olympics demo last Saturday the torch was ceremoniously handed over to the No Sochi 2014 campaign, who are furious that the winter Olympics is being staged in a city whose Circassian population have been victim of a genocide still unrecognised by the Russian government. This is a reminder of what we can learn from our enemies: if governments and corporations are going to use this great sporting event to hide their crimes and injustices, the onus is onus to use it to expose them. Only once we’ve cleared away the dodgy politics can the Olympics legitimately be described as a celebration of human endeavour. 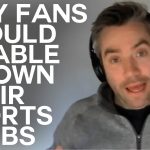 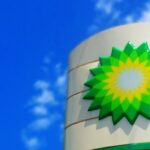