Even if Iran did have nukes, what would it do with them?

It took some chutzpah for the prime minister of the country possessing the world’s largest unregulated nuclear arsenal to lecture the United Nations on the dangers of an Iranian bomb. But while accusations of hypocrisy may be morally satisfying, they are not necessarily the most practical of arguments in the face of apparent real world dangers. However, there are paradoxes about the Iranian nuclear issue which, though obvious, are seldom expressed in public discourse. And these paradoxes suggest that the problem is not all it is cracked up to be.

For the sake of argument, let us follow to their conclusions the basic premises of the two schools of foreign policy thought which are likely to determine how the US, and those countries whose foreign policy is effectively tied to the US, will respond to the issue. The standard ‘realist’ line on nuclear weapons is that they are not actually all that bad a thing. The assumption (basically the old MAD argument of the Cold War) runs that whatever states may say, their actions reflect rational and instrumental focus on maximizing their power. Because state behaviour is essentially rational, states will never use nuclear weapons – certainly not against other states that also possess nuclear weapons. The risks are just too high. Indeed, for some thoroughgoing American realist thinkers, the prospect of a nuclear armed Iran is actually one to be welcomed, on the assumption that it might serve to stabilize the politics of the Middle East.

But US foreign policy is not solely the preserve of realists. Neo-conservative thought, notwithstanding the rather obvious debacles it has led to, retains some relevance. According to this world-view, nuclear-armed Iran is dangerous because Iran, as a theocratic state is precisely not rational in the normal sense of the word.

Of course, the idea that Iran’s leaders are brainwashed zealots who are blind to all earthly consequences of their actions is hugely simplistic. But let’s humour it anyway. Suppose that Iran’s foreign policy were, in fact, literally programmed by fundamentalist Shi’i Islam. What might that tell us about its likely targeting choices? Well, for one thing, it would seem to place some rather significant constraints on the places we could expect an Iranian first strike.

Specifically, it would seem difficult to justify reducing the holy cities of Mecca, Medina or Jerusalem to piles of radioactive ash (a strike against Karbala is unlikely for the same reason, but of less immediate relevance). It will not have escaped the reader that this would seem to rather reduce Iran’s direct offensive nuclear options against two countries in particular: Saudi Arabia, and Israel, who, in a post-nuclear Iran Middle East, need only locate a silo somewhere in the vicinity of one of these cities to rather effectively ensure ‘second strike’ capability against a theocratically programmed Iran.

For Iran’s enemies, we may note, there are no such fundamental cultural constraints. Quite the contrary in fact. The satirical Israeli play Atom plays on similarly one-dimensional ideas about the nuclear offensive implications of Haredi Jewish-fundamentalism. In Saudi Arabia, the religious establishment’s typical view of Shiite religious heretics is that they are traitors to Islam, a backstabbing, blasphemous enemy more despicable than even honest infidels such as Jews or Crusaders.

So, in other words, if we take the religious fundamentalism argument seriously, Iran has an awful lot more to fear from its neighbours than they do from it.

Of course, we needn’t be so naïve as to take this view at face value. But in drawing attention to Iran’s situation relative to its neighbours lie the germs of a rather more sophisticated reason to be sceptical about Iranian nukes: it is easy to see what some Iranian leaders might think they stand to gain from nuclear brinksmanship; but the world after Iran’s acquisition is going to be a very different place, and it would seem likely that the biggest loser will be Iran itself.

Why? As I have already been hinting at, it is commonly assumed that Saudi Arabia (and very possibly other states as well) will likely find it essential to purchase its own nuclear weapons (which it could quite easily do, from Pakistan), were Iran to obtain nuclear weapons. This ‘domino effect’ is constantly referred to as a likely implication of Iran obtaining nuclear weapons. But, with typical solipsism, this tends to be viewed solely in terms of further risks and complication to the US. And yet, as bad as geography teaching may be in that country, and as much as its leaders may believe the opposite, the US is not in the Middle East. Iran is, it has to live there for the indefinite future, and the risks to it from a domino effect are potentially far greater.

Transitioning to a nuclear-armed Middle East would likely accentuate the disadvantage Iran suffers from its political isolation in a region largely dominated by Sunnis or Arabs or both. Whereas a strategic nuclear first strike against Iran by Israel is presently unthinkable (as opposed to a tactical strike by nuclear tipped ‘bunker busters’, which is of course frighteningly possible), it would become thinkable the moment it became possible for a situation of nuclear brinksmanship to emerge along the lines of that which precipitated Israel’s initiation of hostilities in the Six Day’s War. All in all, Iran in a nuclear-armed Middle East, far from being ‘emboldened’ and moving towards more aggressive use of ‘proxies’ such as Hezbollah would if anything have to tread rather carefully. (In a world where the US invades Afghanistan over two-skyscrapers, the often-proposed idea that Iran, or anyone else for that matter, would think it could somehow avoid the normal consequences of a first strike against a nuclear power by getting terrorists to smuggle a bomb in to Tel Aviv is obviously a ridiculous fantasy).
There is a further point that arises from this. The issue of developing a nuclear capability is often presented as a binary: one is a nuclear power or one isn’t. But in reality, it is not this simple. Maintaining the capability for the expedited development of nuclear weapons is, for example, a recognized option: this is, for example, the approach taken by Japan. In the case of Iran, nuclear brinksmanship is, arguably, another. From Iran’s side, while there might be something to be said for creating the impression that one would be able to manufacture a nuclear weapon. There is, on the other hand, very little to be said for actually having one. This suggests, incidentally, that we perhaps ought to take Ahmedinijad rather more seriously than he has been when, earlier this year, he said:

“Let’s even imagine that we have an atomic weapon, a nuclear weapon. What would we do with it? What intelligent person would fight 5,000 American bombs with one bomb? Also, because of our beliefs, we do not believe in a nuclear weapon. We are against it.”

If this is correct, then the implication would be that Iran is either hoping to maintain an indefinite condition of nuclear readiness, or that it might be prepared to contemplate climbing down – if the price was right. On the other hand, as disastrous as Iran no doubt realizes that it would be, this does not mean that Iran would never develop a nuclear weapon under any circumstance. If the US and Israel were to put it in a position such as to render any other course of action an unacceptable loss of face, then it is a contingency that can be imagined. Unfortunately, the record of these countries with regard to deft handling of such situations where the Middle East is concerned is not encouraging. 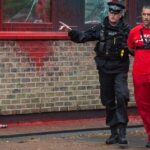 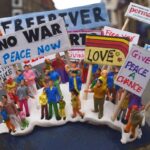 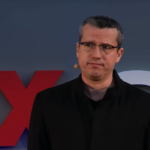 « In Defence of Irrationality: why Mehdi Hasan is wrong about sensible debate
Stopping bankers betting on hunger »