With employment increasing, is the economic crisis nearing an end? or are we heading for triple dip recession as manufacturing and exports shrink? Will the economy be on the mend by the next election, or will we be in the middle of a lost decade?

Each day the  newspapers confront us with suggestions that the economic winds are blowing in a different direction, but understanding the crisis is central to the formulation of left strategy. For example, should we support the Labour Party as an immediate antidote to the absurdity of the Coalition, or does the crisis represent an opportunity to build a new anti-capitalist party?

There is near uniform agreement that the 1970s crisis of Western capitalism constituted a crisis of profitability or at least a crisis of relative profitability – though a large degree of disagreement remains surrounding the reason why (stagnation, rising wages or decreasing labour and capital productivity). There is, however, surprisingly little consensus amongst the left about the causes of the current economic crisis, and subsequently what radical hopes and prospects it represents.

The left is largely split into two main camps; those who argue we are experiencing a crisis of profitability and those who hold that it is one of underconsumption. The profitability camp’s most prominent members are economists Andrew Kliman and Alan Freeman. They argue that as profits declined productive enterprises ran up debts, and investors increasingly sought returns from financial products causing a speculative asset bubble. When that bubble burst in 2007 firms were overexposed to debt.

The underconsumptionist camp, composed of the likes of David Harvey, John Bellamy-Foster and Rick Wolf, argues that the crisis was caused by a decline in demand resultant from the stagnation of workers’ wages and the siphoning of capital away from productive investments and into unproductive stocks, shares, commodity futures and venture funds. These outcomes are argued to be endemic to the neo-liberal agenda which returned Western Capitalism to profitability in the late 1970s and early 1980s – but also resulted in a vast over dependence on debt in order to maintain demand.

Not only does this approach provide an alternative mechanism for the build up of debt and increasing prominence of finance to that provided by the profitability camp but it is also diametrically opposed to it as it is premised on the conjecture that neo-liberalism led to a resurgent profit rate.

If the underconsumptionist approach is correct then increasing the wages of workers and curbing the attractiveness of unproductive investments in the City could lead to a long term recovery. This points towards a rejuvenation of social democracy as the saviour of capitalism.

On the other hand if the crisis were caused by a long term decline in profitability, the only way to ensure a capitalist recovery would be an intensification of exploitation, or the destruction of capital through bankruptcies – in order to create new opportunities for profit. Neither of these can be acceptable for those on the left as they entail the expansion of misery, either through declining wages and work intensification or the mass unemployment entailed by bankruptcies. If the ‘profitability camp’ are correct then those on the left must then look to anti-capitalist alternatives.

What evidence is there to support each approach?

Both sides dispute each other’s evidence claiming that each other’s measures of profit, wages and income are incorrect. Thankfully, in the ‘Cambridge Journal of Economics‘, Deepankar Basu and Ramaa Vasudevan provide clarity through an exhaustive exposition of the dozen possible measures of the US rate of profit.

They find that in all but one of the measures (the most flawed measure), declining profitability was reversed by the mid 1980s, and that the current crisis was not preceded by a period of declining profitability. Through decomposition of these measures, it is shown that from 1980-2000 this was the result of an increasing distribution of profits away from workers and increasing productivity of both capital (i.e. technology, machinery, equipment, buildings, energy, materials etc.) and labour. They argue that this was due to the introduction of relatively cheap information technology, which not only increased capital productivity, but also facilitated greater exploitation of labour through surveillance, flexibility and threats of outsourcing and offshoring.

However, since 2000 the increasing cost of new technology has caused a decline in capital productivity. This means that the increasing rate of profit has only been maintained through increasing labour productivity (i.e. lower wages and intensification of work) and an ever greater regressive distribution of profit away from workers. Therefore, barring the discovery of new cheap productive technology, any social democratic attempts to rebalance the economy will lead swiftly to a crisis of profitability.

Assuming that something similar has taken place in European capitalism, this suggests that the crisis which started in 2007 was not in fact a, short term financial crisis which will come to an end by the next election, but rather the beginning of a crisis period of capitalism. It represents a ‘new normal’ of low growth, declining wages and living standards, high unemployment and greater job insecurity.

This new normal will likely continue for the foreseeable future, until capital productivity returns through technological innovation. However, by this point the environmental crisis which has been pushed to the back of the Global North’s consciousness will be coming to deadly fruition with devastating consequences, not just for economic models but for human lives. A renaissance of anti-capitalism seems the only alternative. 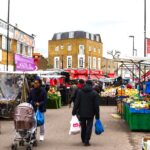