“We are energy”: community energy from Scotland to Spain

As the UK is edging closer to blackouts and millions are struggling to pay the extortionate fuel bills from the Big Six energy companies, small energy co-ops are showing how we can build a sustainable and affordable energy future. From Scotland to Spain communities are taking back control of their energy to provide renewable energy and create local jobs.

In Scotland, some communities have benefited from land reform legislation to take control of the land and renewable energy resources in their area. This has particularly been the case on some of the Scottish islands, many of which had single landowners who lived away from their estates, or were under state control.

Increasingly, these communities have taken back control of the land, and then used their renewable energy resources for the first time to generate an income for the wider community trust which now owns and runs their estate. Community Energy Scotland an organisation with its roots in one of Scotland’s regional development agencies, has led the community energy movement in Scotland resulting in numerous community-owned wind and hydro schemes across the country.

Examples include South Uist (Storas Uibhist) and the Isla of Gigha. Gigha is a small island which had suffered from a succession of remote private landlords.  Many islanders had poor housing and no security of tenure under these landlords. In 2002 the land was bought out by the community, which then repaid in full the loans raised for this purchase. In 2005 they commissioned three small wind turbines which have produced a steady income which has been used to upgrade the housing stock. In 2012 they built a fourth wind turbine. This adds to the green energy that is in islanders’ control and uses a valuable resource to support local businesses.

An important aspect of the Gigha turbines is the confidence they have added to the community. Because Gigha was the first place to have a community-owned windfarm, the island has benefited greatly from interest from other communities in the scheme. The turbines themselves are also a physical statement that the island is in community control and positive about a sustainable future. One clear sign of this is the fact that the island’s population has now risen from less than 100, ten years ago, to over 150 now.

A similar project by Storas Uibhist, the community trust which now runs the island of South Uist has three larger turbines. Elsewhere in Scotland, other community trusts are leasing land from the National Forest estate for hydro schemes where the community is the developer, owner and the full beneficiary of the project.

Co-operatives can also function on a larger scale. For example, Costa Rica has four large rural energy co-operatives that are run by the communities that they serve and function alongside the state energy company. They have played an important role in increasing energy access using the bills paid by consumers to develop local electricity grids or extensions to connect households onto the national grid. The co-operatives do not have to rely on government subsidies and use some of the funds generated for projects like education programmes. Access to electricity in Costa Rica now stands at 98 per cent nationally.

In total, these four co-operatives account for 15 per cent of the electricity distribution in the country and provide around 40 per cent of service in rural areas. Initially established in the 1960s, since the 1980s they have also been involved in electricity generation, running two small-scale hydro-electric plants. The co-operatives have regular public meetings where decisions are made about pricing and leadership.

In Spain, Som Energia (‘We are Energy’ in Catalan) co-operative was set up in 2011 in response to the high bills of the large energy companies, the largest two of which account for 80 per cent of the Spanish energy market, and the lack of green energy options. Four years after being established, it has set up eight solar roof installations and a biogas plant, and is in the process of building Spain’s first community wind turbine. It has 16,000 members who purchase electricity from the co-operative.

In the wake of the Indignados protests against austerity following the financial crisis, many people have joined Som Energia, welcoming an opportunity to invest their savings in a project which create social value, rather than leaving it in the care of corrupt bankers.

The co-operative is trying to make it as accessible as possible for those on low incomes to join, and its membership fee of €100 is relatively low compared to similar projects. While Som Energia does not receive the state subsidy that the big energy companies do to enable them to offer lower prices to poor consumers, it aims to offer some kind of social tariff financed from its profits.

It has also pioneered democratic inclusion, offering a high level of transparency through publishing information on its website and having a structure based on local working groups which decide on their own priorities, whether training to members, increasing energy generation or making links with other organisations. Its annual general assembly takes place via the internet with trial runs available beforehand to ensure that those who are less familiar with online technology are able to participate.

As well as producing energy, Som Energia also aims to act as a platform for social and environmental campaigning, supporting existing organisations and providing space for discussion and making the links between the different issues people are facing. It is campaigning hard against reforms by the Spanish government which look set to protect the interests of the big energy companies while making life more difficult for small producers like Som Energia.

This is an excerpt from Rays of Hope by Global Justice Now, a booklet about energy alternatives. 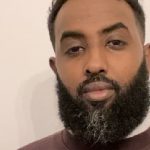 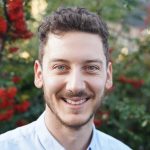 I have the communication skills to reach new Green voters