8 thoughts on the Natalie Bennett interviews 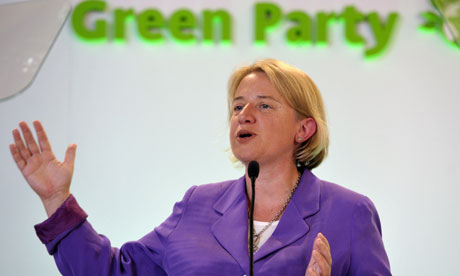 Natalie Bennett had what, by common consensus, was a couple of awful interviews on Tuesday – there’s no denying it. Nor was it helped by Jenny Jones then utterly stuffing up a press conference by stopping Bennett from answering questions, it seems.

But there are a few things worth saying:

1. Obviously it’s not great – but people don’t vote Green because of slick interviews. This is one slip-up in a very good year for the Greens so far.

2. Salmond and Farage both started out as party leaders in the early 90s – it takes a long time to get good at these things. All party leaders have had bad interviews in the past.

3. Why does the party issue generic press conferences to launch broad things like campaigns or manifestos? It’s our job to shape the agenda. We should make sure that the launch is about a specific issue “we are launching out campaign today by going to a Sure Start centre and talking about how we would invest in care”, for example. We’ve learnt this lesson the hard way before.

4. The first role of a leader is to lead. When Natalie took on the role in 2012, the party was stagnant. We’d never be where we are today without her clear strategy and leadership (see Adam Ramsay’s ‘The History of a Political Surge’). That’s much more important than how good she is at broadcast interviews. The surge wouldn’t have been anywhere near as strong without her.

5. The party now needs to move beyond this fast – pick a fight on some popular turf, make people feel like we’re on their team, so that when we’re attacked, they stick with us.

6. Specifically, the party has an answer to the question of how it would pay for more houses – by removing tax relief on mortgage interest for private landlords. This is a great idea (why are we giving tax breaks to buy to let landlords?). The party should be shouting this from the rooftops – paid for adverts in a couple of papers, perhaps…

7. The worst thing that party members and supporters could do is panic. The Green Party has grown hugely in recent months, and that’s put huge strain on staff and systems. There were always going to be mistakes. What matters is the ability to move on from them without squabbling.

8. This could be good for the Greens. Natalie’s apology in the afternoon to party members came across as brave, honest – and most of all, human. Not only that, but Green party membership grew on Tuesday the most it has for over two weeks, suggesting people kind of like our slightly less-than-professional image, or at least how we handled Tuesday’s débâcle.