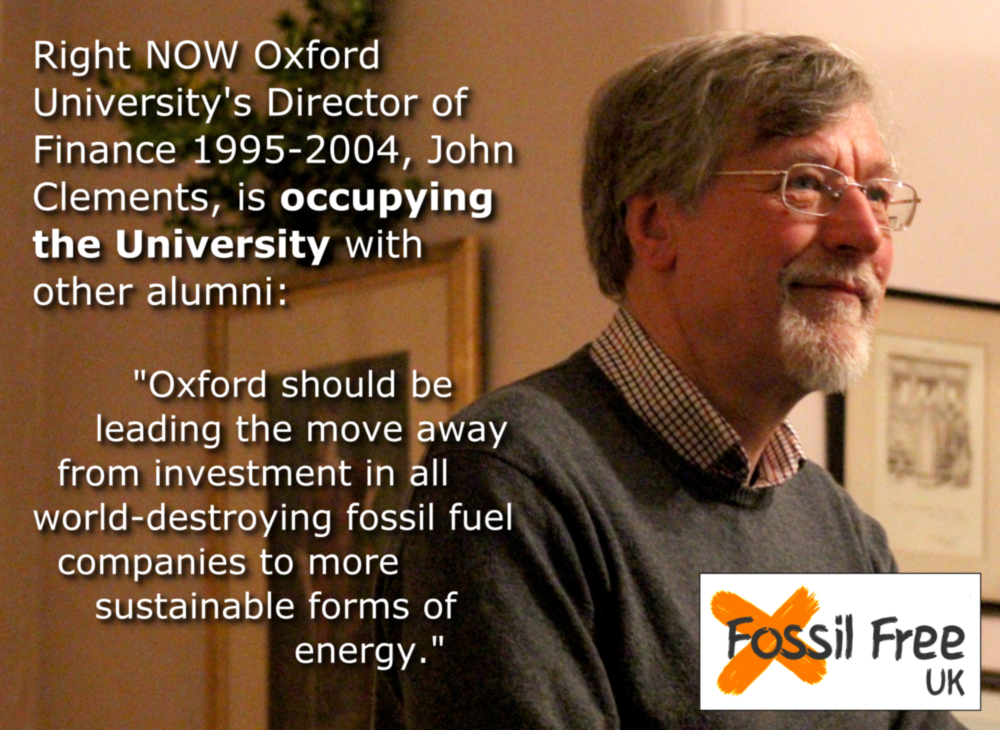 Alumni of the University of Oxford are occupying the university in protest over its failure to divest from fossil-fuels.

The University, under pressure to act on its major investments in fossil-fuels, announced today it was postponing a decision on what to do with its investments until May.

Oxford University has the UK’s second largest endowment fund, valued at £855 million in 2012, with a further £2.9 billion of investments controlled by its colleges.

Occupying alumni included the University’s own former Finance Director, John Clements.  The BBC quoted him saying: “we are bitterly disappointed about the university’s failure to come to a decision. Oxford should be leading the move away from investment in all world-destroying fossil fuel companies to more sustainable forms of energy.”

In the run up to today’s crucial meeting Oxford Uni fossil-free campaigners invited former students to pledge to hand back their degrees if action wasn’t taken, winning high profile support in the name of journalist George Monbiot.  The alumni pledge remains open.

Students have led divestment campaigns across the UK and globally, with major events taking place across campuses in last month’s Global Divestment Day.  You can read more about the Oxford University campaign on their website here.

« #GPConf: New Green Party policy section focusing on Equality and Diversity
‘Why we are occupying’: Students occupy LSE to demand liberation of education »