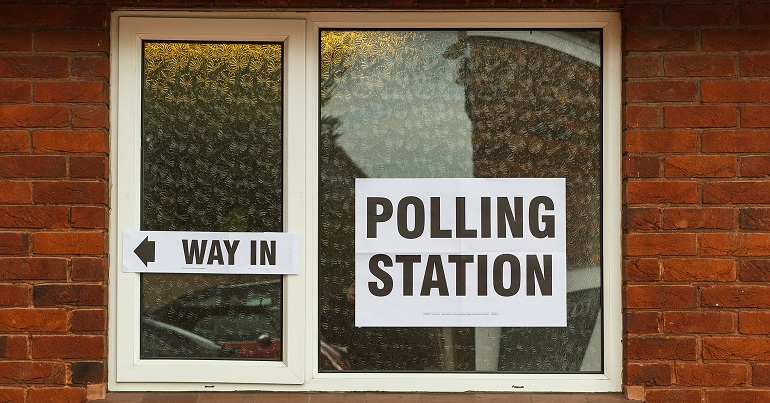 Come and sit with me on this sad little bench if you’re one of the 1,134,742 people who voted for a Green candidate in this year’s general election, but have ended up with no Green representative at Westminster. Come and share my frustration at watching the magnificent Caroline Lucas at work, but being prohibited from contacting her for representation because we don’t live in her constituency.

We are less than three months into a five year Conservative majority parliamentary term, and already the horror is mounting up. Billions more has been slashed from an already skeletal social security system; targets to reduce carbon emissions have been scrapped; child poverty has been cynically redefined to give the Tories room to weasel out of criticism; trade union rights are being systematically dismantled; poorer students are being pushed out of higher education; threats of a paid-for NHS emerge, and so much more.

It feels as though we’re standing on the edge of a precipice. Just how much worse can things get? What horrendous dystopia does David Cameron intend for us to be living in by 2020?

There are numerous campaign groups and protests underway, with millions of people taking to the streets to voice their anger, and countless independent news outlets striving to expose the Tories’ lies to the wider electorate. The same question is asked again and again of these movements – what can we actually do about it?

Hours after quarter of a million people marched through London and gathered in Parliament Square to demand an end to austerity, George Osborne confirmed plans to include £12 billion of cuts to welfare in the imminent emergency budget. In the face of increasing evidence that our reliance on fossil fuels is bringing climate change to crisis point, the government announce an end to subsidies for renewable energy, the cancellation of Green Deal, and scrapping carbon targets – all alongside tax breaks for oil companies, and a continued focus on fracking.

The informative and well-researched articles promoting alternatives and exposing the cost in human lives of the government’s brutality are read by people already on our side. If the government won’t listen to the nation shouting on their doorstep, if the vast amount of information that could be used to galvanise people to oppose them is simply preaching to the converted, then are we fighting a losing battle?

We need real change; long-term reform of our entire political system. We cannot lie to ourselves any longer by pretending that we live in a true democracy when we are governed by a party for whom less than a quarter of the electorate actually voted. We cannot rely on the opposition party to represent the remaining three-quarters of voters, when that opposition party resoundingly and repeatedly fails to oppose on multiple issues. The system is crumbling under the pressure of years of abuse and mistreatment.

The Conservatives are pursuing an agenda entirely formulated on ideological grounds. No amount of protest or presentation of evidence will dissuade them from this destructive path. Our only hope is to fight the structures that put them into power in the first place. The campaign for electoral reform has never been more important, but even beyond that we must unite to expose the endemic corruption inside Parliament which allows corporate lobbyists so much influence over the legislative process.

The Green Party has long supported campaigns for democratic reform, including moving away from First Past the Post voting system towards a more proportional system. In 2007, the Single Transferable Vote (STV) system was introduced for local elections in Scotland, and the results saw 74% of voters getting their first choice candidate elected, as opposed to just 52% under the previous FPTP system. Proportional representation systems also increase the range of parties elected, meaning that smaller parties are far better represented, and that elected bodies are more reflective and responsive to the electorate’s spectrum of political views. Imagine how different Westminster would operate if the 29 million people who didn’t vote for the Conservatives were properly represented!

It is often pointed out that politics is typically dominated by middle aged, privately educated white men. A quick look over BBC Parliament’s coverage of Prime Minister’s Questions (if you can bring yourself to watch that particularly embarrassing horrorshow) confirms this. The entire political structure is exclusionary to women, people with disabilities, and BME people, but electoral reform is one key way to challenge this across all parties.

As the Electoral Reform Society outlines, in order to maximise the number of first preference votes acquired, parties have a powerful incentive to put forward a diverse slate of candidates, encouraging better representation of marginalised groups across the board. This is sorely needed, as despite the ongoing work of liberation groups to challenge oppressive structures and barriers, Westminster is still overwhelmingly unrepresentative. Just 6.3% of MPs are BME, compared with 14% of the wider population. Similarly, there have been a grand total of 450 women MPs since 1918, and yet in the current Parliament alone there are 459 male MPs. Efforts to open up candidacy to people with disabilities by allowing them to job-share have been rejected first of all by the Electoral Commission, and then just last week by the High Court.

We deserve a better politics, and a more representative and accountable government that works for the common good. Government at all levels should be accessible to anyone who wants to get involved, and should not be a playground for wealthy white men and corrupt lobbying, as it is so often characterised at the moment.

So, take a moment and join me on a happier bench, where we can imagine Westminster populated by as diverse a range of people as we see in everyday life, and where those people work cooperatively to create a fair and sustainable society. It sounds like a beautiful dream, but it could be a reality, and the key to unlocking all that potential lies in overhauling our electoral system and establishing a true democracy.

« Bright Green’s guide to the Green candidates for London Assembly
Prospective Mayoral candidate Caroline Russell: ‘As a lone Green councillor, you must be tough’ »