The EU referendum debate has, so far, failed to really get going. We are all having too much fun with a pantomime and increasingly hilarious Labour leadership contest and are revelling in the glorious ‘Summer of Trump’. Despite this, I’m already beginning to get bored of talking about the EU.

Just like the general election debate was dominated by ‘safety first’ economics and ‘retail policies’, the EU referendum is set to be dominated by stats and figures about the impact of yay or nay on British businesses. Worse still are the inevitable and preposterous figures about how much an exit could cost or benefit each household. We have fond memories of these from the election – the £1,000 tax bombshell if Miliband won, £1,493 to pay for Conservative elections bribes – can anyone honestly take these figures seriously?

If the No Campaign has its wits about it, it will crowbar in some shallow discussion of democracy, but there is much more to be added to the EU debate. Just like the UK is not the sum of its business gains and expenses, and First-Past-The-Post voting system, the EU is not the sum of its harmonised trade regulations and unelected commission.

For example, the EU is also its foreign relations, its place in the world, and how it is viewed and treated beyond its borders. Dragging anything other than household finance into the referendum debate will be a challenge, but foreign affairs might be particularly difficult. Foreign policy was conspicuously absent from the general election campaign, almost if we’d forgotten that we’ve mastered crossing the channel (we’ve even built a tunnel).

A general election campaign should be an occasion us consider what sort of country we want the UK to be, and that includes what place we should take in world politics. The same should apply to the EU referendum.

So what is the EU’s place in the world? What are its foreign policies? What do other players in world politics think of it? These are big questions, too big for a few hundred words. Really, I’m just here to put them on the table, and to implore us all to take them up. What do we say about the iron fence on the EU’s border and the migrants drowning trying to get around it? What do the aspirations of West Ukrainians to join the EU mean? What of TTIP? A European Defence force? Big questions, but ones that need discussion as much whether leaving the EU will cost or benefit each household to the tune of a few hundred pounds.

For now let’s consider just one issue where the EU has affected the lives of millions beyond its borders, and as such should be part of the referendum discussion. I’m thinking of the issue of Turkey’s yet to materialise accession to the EU.

Turkey has been an associate member of the EU (and its precursor the European Economic Community) since 1963, and its application was made official in 1987. It has always a divisive issue, with Germany opposing accession and the UK one of Turkey’s strongest backers. Serious work on both sides continued throughout the 1990s and into the early 2000s.

Questions of economic and regulatory alignment, Turkey’s actions in Cyprus, Turkish immigration (especially in Germany) and Turkey’s human rights record are all major issues affecting the possibility of accession. Since the mid-to-late 2000s it seems these problems have become too divisive and progress towards accession has slowed to a near halt.

Turkey’s economic realignment under Prime Minister and now President Recep Tayyip Erdoğan has something to do with this. Turkey had broadly followed a Europe focused development plan since founding father Atatürk declared the Republic in 1923. Though frequently interrupted by instability and conflict, Atatürk and his successors were clear in their desire to Europeanise the new republic, including its economy.

Erdoğan has overseen a transition, away from a model of Turkey as bolted onto the European economy, towards Turkey as a free standing economy bridging continents. Turkey now sells products such as washing machines to Russia, China and Central Asia more than to Europe (where, incidentally, German washing machines dominate the market).

A more widely reported is change under Erdoğan is his increasingly authoritarian rule, exemplified in the West by the Gezi Park protests. It is not only a move away from secularism towards a more openly Islamist social policy, it is a general monopolisation of power in the hands of Erdoğan as president.

Though the triumphal entry of the People’s Democratic Party (HDP) into parliament earlier this year has halted constitution reforms for now, the trend is clear.

It would, of course, be incredibly reductive to account for Erdoğan’s authoritarian reforms solely because EU accession has become less likely. But, due to its economic realignment, EU accession is no longer a priority for the Turkish government. As a result democratisation and respect for human rights, which are conditions of EU membership, are also no longer priorities as Turkey’s long term economic plan no longer requires them.

The EU clearly has the power to influence the domestic policies of countries beyond its borders. Turkish accession is just one issue in which the EU plays a major role, but there are so many others and they need to be considered when we decide whether to continue as members of the 28 state union. So, yes, our wallets are important, but the EU is about much more than that, and our votes should be too. 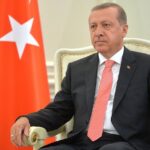 Tom Bailey is a regular Columnist for Bright Green.
View all posts by Tom Bailey →

« Is it time for the Greens to get clear about Corbyn?
Jeremy Corbyn, here’s how to address climate change like an anti-capitalist »