Who will the new Green MSPs be? 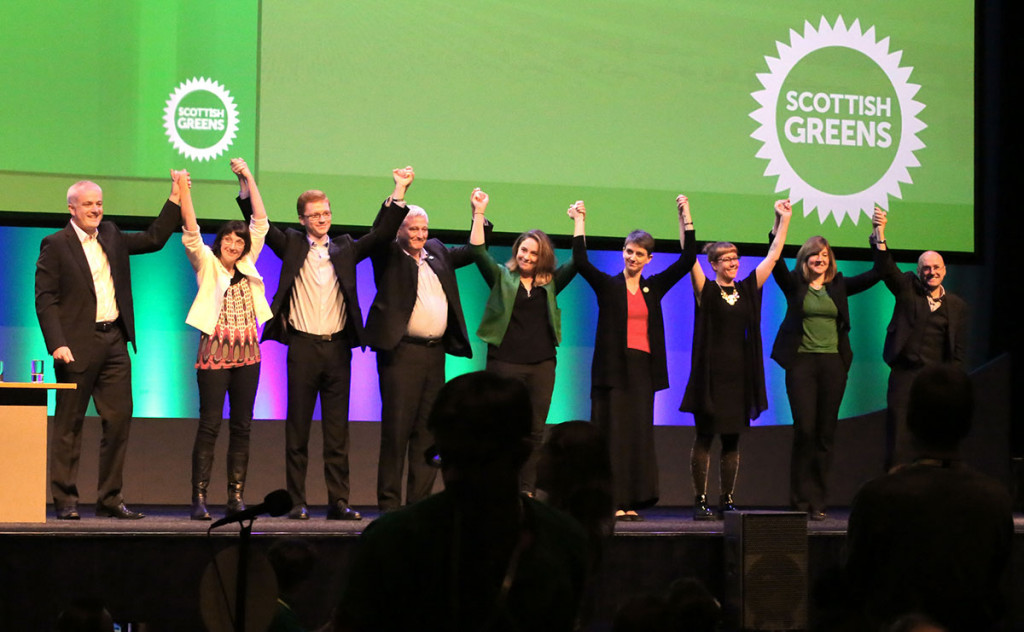 A poll came out this week which gave the Greens nine or ten MSPs. In a parliament where most SNP seats will be held by those already there, and Labour seems to be re-circulating old blood, this will be one of the biggest injections of fresh energy. So, who would those MSPs be?

Of course, the first question is which seats would the Greens win. And the honest answer is that no one really knows. The Scottish electorate in general and the Scottish Green Party in particular have changed so much in the last couple of years that projections from past results are really just speculation. The party membership is about ten times the size it was in 2011, and that means there are active branches campaigning weekly in bits of the country which had never previously had a Green leaflet through the door.

The most obvious places though are the two seats the Greens have held since 2003 – Lothian and Glasgow. The lead candidates in these places are the incumbent MSPs – Alison Johnstone and Patrick Harvie, both of whom will be familiar to readers of Bright Green.

The next strongest region historically has been the Highlands and Islands, and here there is also an incumbent MSP. John Finnie is a former leader of the SNP group on the Highland Council, and was elected an SNP MSP in 2011. But when the party changed its policy on NATO membership, he wasn’t willing to change his. And so, along with Jean Urquhart, he left and became an independent MSP. After the referendum, he joined the Scottish Greens. John continues to sit as an independent, and vote for the SNP manifesto on which he was elected.

Before politics, Finnie was a police dog handler, and, for 14 years, a full-time elected official of the Scottish Police Federation – about which he has said “it’s illegal for police officers to go on strike, so I only recommended it on two occasions”. He’s Scottish Green Party speaker on justice.

Mid-Scotland and Fife also has a lead candidate with Holyrood experience. Mark Ruskell represented the area in the 2003-7 parliament and is currently councillor for Bridge of Allen and Dunblane. When he was an MSP before, Mark served as Deputy Convener of the Environment and Rural Development Committee, and was respected across parties for his thorough and thoughtful policy work on the committee.

The other regions to have previously had MSPs are the North East, and the South. The lead candidate in the former is Maggie Chapman, Co-convener of the party (and co-founder of this website). Maggie is also rector of Aberdeen University, achieved the biggest ever vote for the Scottish Greens in the 2014 European elections, was Vice President of the University Lecturers Association (a part of the EIS teachers union) and served as councillor for Leith Walk in Edinburgh from 2007 to 2015.

In the latter role, she became known for leading fights against privatisation of social care, campaigning for, winning and then chairing the council petitions committee, and successfully establishing participatory budgeting in the city (an idea so successful it’s now being rolled out across the capital).

The lead candidate in the South of Scotland is borders lass Sarah Beattie-Smith, also a former Bright Green Co-editor. I first met Sarah when she was president of the Students’ Association of the Edinburgh College of Art, where she studied sculpture. She went on to work on policy for Citizens Advice Scotland, and is a familiar smiley face to watchers of Scotland Tonight, as Bright Green’s regular representative on the telly-box.

The final candidate in a seat previously held by Greens is Andy Wightman, who is second on the Lothian list. Andy is well known in Scottish politics as a land reform campaigner and author of “Who Owns Scotland” and “The Poor Had No Lawyers – Who Owns Scotland and How They Got It”. Such is his popularity, that I’ve spotted many an SNP activist advocate a Green vote on the Lothian list to ensure his place in parliament.

Beyond these seven seats, the next two most likely MSPs are probably the lead candidates in the two regions which have never previously had Green representation: Central and West.

The Central Scotland list is headed, as it has been in the previous two elections, by Kirsten Robb. Kirsten is one of those people who seems to have worked hard in every progressive campaign in her area for more than a decade – whether it’s campaigning to make her town Fair Trade, for the nationalisation of Grangemouth or against fracking. She’s the party spokesperson on Women and Youth Employment, and gained respect in the party for keeping the South Lanarkshire Greens active throughout the party’s tough years after the 2007 election.

In West, the lead candidate is Ross Greer. Ross, if elected, will be the youngest ever MSP at 21. He cut his teeth as a member of the Scottish Youth Parliament before working for Yes Scotland, is now employed by the party and is the party spokesperson on foreign and external affairs.

Because of the unpredictability of the polling, though, there are a few other people who stand a chance of getting elected. For example, whilst I don’t generally think looking at sub-samples of a poll is a good idea, a string of the things saying the same thing can sometimes be worth paying attention to. And by that measure, Mid-Scotland and Fife has consistently come out as the second best region for Greens in recent polls. If, on the other hand, we’re looking at a universal swing from 2011, then second MSPs in Glasgow and the Highlands and Islands are certainly plausible.

The three candidates in those regions, respectively, are Louise Ramsay, Zara Kitson and Isla O’Reilly. Louise Ramsay (second on the Mid-Scotland and Fife list) lives on, and is a partner in, an organic farm in rural Perthshire known for its rewilding efforts, with beavers, wild boar and significant reforesting efforts. She’s proprietor the successful Willy Wallace backpacker hostel in Stirling as well as a couple of smaller tourism businesses, and is perhaps best known as “the beaver lady” for her campaigning to protect the “free beavers of the Tay”, which has had significant press coverage in recent weeks. She is also my mum.

Zara Kitson, second on the Glasgow list has been a well-kent Green face for a few years now. Originally from Stirling, she’s was involved in a number of groups and initiatives during the referendum such as National Collective, and So Say Scotland, and is a former Co-convener of the Young Greens.

Isla O’Reilly, Second in the Highlands and Islands is Vice-convener of the Scottish Green Party. She was the Green candidate in Inverness, Nairn, Badenoch and Strathspey in 2015 and, as she puts it, comes ‘from organic farming stock’ in the area. She’s made some waves as party education spokesperson with her calls to focus on teachers, not testing.

And this list doesn’t include some people who might end up as MSPs: prominent trade unionist and environmental justice activist Eurig Scandrett is second on the list in South Scotland, independent MSP John Wilson is second in Central. Prominent anti nuclear activist Veronika Tudhope is second in West. Common Weal contributor and land reform campaigner Dan Yeats is second in the North East. Renewable energy project manager Lorna Slater is third on the Lothian list and former Edinburgh University Rector Peter McColl is fourth. I could go on.

Likewise, it seems very unlikely to me that all of these people will get into Holyrood – it would have to be an exceptionally good result for the Greens for that to happen. But it seems to me that this collection of candidates shows an exceptional strength in breadth that we’ll see from the party in the coming months and – hopefully – in the MSP group after the election. 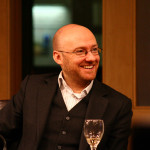 Patrick Harvie: ‘minority of aggressive voices’ must not dominate next referendum 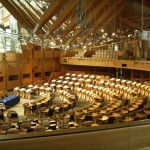 Scotland’s voting system stooshie is about politics, not maths