Naomi Klein is not wrong when she says in her latest book, “No, is not enough!” The power of no is stifled when a community is reeling from catastrophe and tragedy. As Klein describes in her book, The Shock Doctrine only flourishes under duress. Chaos and shock create fertile ground for oppressive political policies to take root. Friedman style economic policies and the burgeoning military industrial complex are endemic to regions in states of crises.

These invasive, opportunistic strategies inevitably take over, and push out the very community that belongs there. Trauma signals vultures to flock, the Friedmans, the Cheneys, and the Trumps of the world. These gluttonous predators swoop in to feed off the turmoil, metabolizing personal pain and resources into privatized, corporate dreams. My nightmare and maybe yours, but we do not need another negative news story; it is time break the Internet with “What we’re saying yes to.”

YES, can help us to gain our bearings during traumatizing times. Our collective Yes serves as a much needed moral compass.  So I invite you to join the YES club, and in doing so we can begin to solidify solutions that work for and benefit our communities. By fine- tuning our yes we strengthen our resolve. Let’s rebuild on our terms. When we are intimately aware of our yes we are better prepared to squash corporate interests and immoral pursuits. The 1% is accustomed to setting the stage, rigging the game and reaping the benefits once the storm hits. As our weather conditions become increasingly more extreme so do we, we are the storm.

One important thing we should be saying yes to is supporting indigenous communities who tirelessly protect our lands while still often struggling for their own recognition and civil rights. As of January 2017, 567 federally recognized Native American tribes exist in the United States. This number is not accurate.

The founding fathers kicked down the door to the “American Dream” and changed the locks.  The political machine now hoards the keys, but locks are intended to keep out intruders not protectors. We need to return the keys to the rightful owners, our guardians, and our allies. Profit driven politicians and corporatists had their chance at the helm; they seem to be hell-bent on steering us away from sacred spaces and towards a worsening state of climate chaos.

Currently, the U.S. Bureau of Reclamation, Westlands Water District, and CA Senator Dianne Feinstein plan to raise the height of Shasta Dam by 18.5 feet, threatening more Wintu sacred spaces and an already struggling salmon population. U.S. Environmental laws surrounding government projects in California require an Environmental Impact Report (EIR), which mandates consideration of potential impacts to cultural and historical sites. However, too often indigenous political and legal protections are subverted, ignored, or denied.  The Wintu collected and reported data on historical sites and sacred spaces for environmental review processes but as the project plans move forward the failures and inadequacies of environmental legislation become clear. The U.S. government has politically exiled the Winnemum Wintu tribe yet they continue to rise and stand on sacred ground.

Currently, Winnemum Wintu Chief Caleen Sisk, indigenous women, activists and allies are yet again leading the charge during the Run4Salmon. This event takes place from Sept. 9 to Sep. 23, 2017 beginning at Segorea Te (Glen Cove, Vallejo, Ca) along the Bay-Delta Estuary and up the Sacramento River, ending at a Winnemum Wintu Village and ceremonial site on the McCloud River, where the salmon once spawned in their ancestral spawning grounds before construction of the Shasta Dam. For more information about this event and the Winnemum Wintu visit the Run4Salmon home page, you can find a schedule of events, participation opportunities, along with a map of our water protectors’ Run4Salmon journeys.  http://www.run4salmon.org/about/

YES! Support indigenous tribes in their fight to preserve sacred spaces for the seventh generation. You can start small; learn about the tribes in your local area and the political, environmental, and economic issues they have been tackling.  What did you learn about the tribes near your hometown? Are there ways that you can help contribute to rising indigenous movements? YES, we can all help one another make a change. After all, change is the only constant so get your yes ready and help instill the change we wish to see in the world. 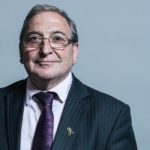 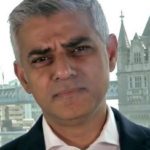