Hot air – the failure of the climate change debate 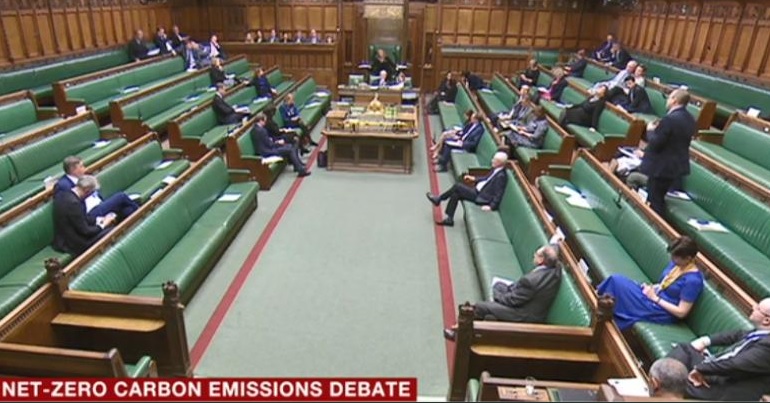 For the first time in two years on the 28th February 2019 Parliament debated climate change. After over 2,000 schoolchildren went on strike in Oxford, one of its two MPs, Layla Moran – along with Caroline Lucas – tabled a motion to consider the UK’s progress towards net zero carbon emissions. After such a long wait, was the debate worth our time?

Before we even consider the quality of the debate, the attendance was shockingly low. Just over 600 MPs did not attend. Only 10 MPs appeared from the government benches. Despite better attendance from the Opposition, this was a cross-party failure.

There was a distinct lack of some of the more well-known MPs in the chamber. None of the three major party leaders attended. The Prime Minister and Jeremy Corbyn were clearly otherwise engaged. And despite the push to debate climate change coming from a Lib Dem MP, Vince Cable was nowhere to be seen.

There were no Independent Group MPs to be found. We can only suspect that their promise to abandon the old tribal politics doesn’t include engaging with climate change. Angela Smith MP may have inspired more confidence in her new role as the group’s Environment spokesperson had she attended.

For those interested in checking attendance of MPs the UK Youth Climate Coalition attempted to construct a list of those present. But even with this low attendance, perhaps the debate itself could have been effective. This was not the case.

The debate immediately started on the wrong foot, with Layla Moran noting that she would not have tabled the motion without the school strikes. It’s disconcerting that it requires mass striking by students in the UK to get a debate on climate change. What more will it require to get climate action from parliament?

Moran went on to make even more interesting claims. Apparently, Alexandria Ocasio-Cortez is not the notable politician who brought the idea of a green new deal to the public. According to Moran, the Lib Dems’ Ed Davey “started” the green new deal when he was a coalition minister. The ‘Green Deal’ Moran mentioned was in fact a very different project. It consisted of government loans to finance energy-efficient home improvements. By contrast, the Green New Deal would comprise a radical transformation of the economy to tackle the challenges posed by climate change.

Directing her speech to striking youth, Moran stated that the “Liberal Democrats have heard you, and we promise to act”. I suspect, with the Liberal Democrat’s less than stellar reputation at representing young people, more will need to be done to convince strikers to return to school.

MPs were easily side-tracked from discussing the UK’s progress towards net zero carbon emissions. Instead they preferred to travel the world. Kerry McCarthy wanted the house to talk more about permafrost melting, and the polar regions. Tim Loughton wanted us to consider the Tibetan plateau’s water sources, and Oliver Letwin wants the house to consider rising waters in Bangladesh. Whilst this shows a marked improvement in parliament’s awareness of climate change’s impacts, it shows a determined refusal to discuss how the UK will actually decarbonise.

Not only did MPs travel the world, but they also failed to stick to discussing carbon emissions. Richard Benyon decided to discuss young activists’ response to plastic and Paula Sherriff decided to question whether the house welcomed her “Little Litter Heroes” campaign. Such initiatives have their place within the wider ecology of tackling environmental issues. But they have no real relevance to the debate on how we tackle the nation’s carbon emissions.

In fact, Benyon’s determination to discuss other environmental issues must be admired. He noted with pride that none of the striking children he spoke to were aware of the government’s Blue Belt ocean conservation policy. And suggested in response to an intervention from Barry Sheerman, about protecting rivers, that the dairy industry requires more grass in rotation to protect our environment.

This tendency to discuss other environmental topics was a problem across the House. Vicky Ford initial began strong, with discussions around the many different sectors that need to decarbonise. However, this was quickly undermined by her insistence that she discuss plastics and her leadership of 41 Conservative MPs in giving up plastic for Lent. These MPs are not alone in this, a number decided to discuss litter, plastics, and conservation unlinked to carbon emissions.

It was also disconcerting to see support for carbon capture and storage professed by both Stephen Kerr and Gillian Keegan. This is despite widespread scepticism that such technology is feasible, and concerns it encourages complacency in government and industry.

Sadly, the speeches of the house had to be limited to four minutes in the end. As Darren Jones notes, it had taken two years to get the issue to the Floor but there was no time to talk about the many different ways in which emissions needed to be reduced. More time is needed to fully discuss these issues.

The Minister for Energy and Clean Growth, Claire Perry, spoke briefly at the end. She accepted the “challenge of working further and faster.” But in part due to the time constraints on speeches, did not properly reply to the criticisms from MPs about the UK’s decarbonisation.

There were some glimmers of hope. Mary Creagh’s speech seemed to appreciate the true severity of the crisis. Not only did she discuss the work needed to green finance, but also took the time to discuss concerns about lesser known carbon issues such as soil and peat bogs. She also demanded that the government take areas outside of energy seriously such as agriculture, industry, and transport. Another Labour MP Clive Lewis supported calls for a Green New Deal and stressed the need for systems change.

Zac Goldsmith also touched on the wide ranging and international problem that decarbonisation is. He made an impassioned speech that greater work needed to be done to prevent deforestation and the loss of carbon sinks. Ed Davey decided to focus his speech effectively on the failure of financial institutions to sufficiently engage with climate change.

Caroline Lucas also, as expected, gave a wide ranging and effective speech discussing possible responses to climate change. She demanded that parliament must construct a green new deal and declare a climate emergency. At least the Green Party can claim an effective speech and 100% attendance at the debate.

Throughout the debate there were regular criticisms of both the government’s refusal to support onshore wind, follow carbon targets, and decision to support fracking. There were also demands for a zero carbon Act from Layla Moran MP to fast-track decarbonisation efforts. Interestingly nearly all MPs stressed that this was a cross-party issue, and no climate denial MPs decided to attend to undermine the debate.

To summarise, there were some excellent points made in the debate. But they were made to an empty and distracted House. MPs refused to stay on topic, often refused to appreciate the problem and failed to determine what action will be done by the Government. If this was the best our current cohort of MPs has to offer, now is the time to be concerned.

« Greens will be woke or we will be broke
Newport to Brighton, Spalding to Holyrood – UK Green news round up week 9 »