The Global Climate Strike: A light in dark times 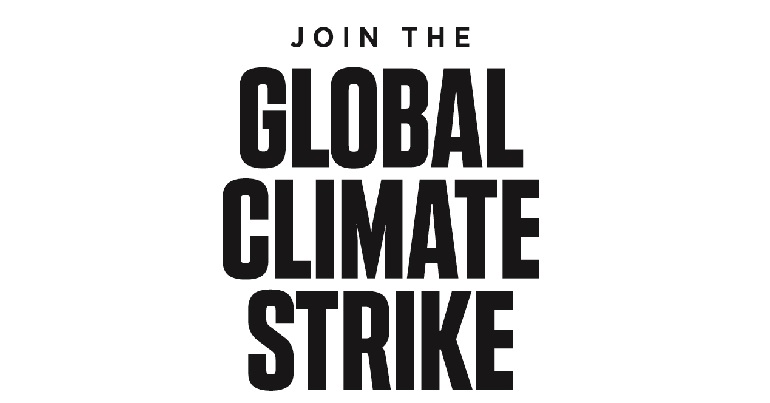 “Protecting the climate will destroy jobs.” So goes the often-repeated phrase. This lie is heard in parliaments, economic forums, and from red-faced dads at the dinner table. The false opposition between the economic security of working people, and the routes to tackle the climate crisis rears its head often. Progressive environmentalists and labour activists, who often agree on so many policies, are suddenly pushed to fight each other for survival.

Such a conflict between workers and greens nearly universally works in favour of those seeking to preserve the current order. Whether it’s weaponising coal and oil workers to support the extraction of new fossil fuels or using ecological concerns to justify attacking worker rights.

A good example of this kind of situation is the prolonged fight against the Keystone XL pipeline across the Atlantic. Here a number of unions were split over whether to support the construction of new fossil fuel infrastructure or not. Such bitter splits undermined an already under fire environmental movement in Trump’s America.

Rightly, progressives have been criticised for not building sufficient solidarity to prevent such conflict. The transition to a green and circular economy requires a massive shift in energy, food, and transport industries. The effect on labour may be disruptive and needs to be properly incorporated into an ecological worldview.

As such focus has been placed on the concept of a “just transition”; how to ensure economic security for workers from polluting industries. Such concepts, whilst still in development and imperfect when attempted, have represented the best many environmentalists have when questioned about labour.

The UK is currently in the grips of constitutional crisis with our creaking archaic Parliament. The average age of MPs is 50, with their eyes firmly focused on Brexit. Climate change and the protection of those suffering from austerity are treated like side projects. The secret hobbies of the chronically distracted.

The light on this dark horizon is carried by the young of the planet. The YouthStrike4Climate movement has gripped the world rapidly in the space of a year. Growing from strength to strength, and regularly in size and scope. These strikes led to the first parliamentary debate on climate change in two years and they further raised the climate crisis on the public agenda. It would have been easy for young people to leave it there. For youth to return to class, content in its place in the history of climate activism.

Instead, more is being demanded. Pause is for the failures of the past. The Global Climate Strike, set for September 20 and the following week, reflects the next stage in climate organising. Youth no longer wish to walk out alone demanding climate justice. They have joined with adults and unions to build a popular front to campaign for action.

As they have previously, on September 20, young people will be walking out of school to demand climate action. The date has been chosen due to the UN Climate Action Summit which is meeting on the 23rd. The hope is that a large action will provide much needed pressure for change. If not, youth still plan to move, with a planned climate general strike on the September 27.

A number of workplaces and unions have pledged to join the striking youth. In the UK these include the University and College Union and National Union of Students. But the supporting unions are not limited to the education sector. The Public and Commercial Services Union, Unison Scotland and the Bakers, Food and Allied Workers’ Union have all pledged support. The amount of partner organisations and unions worldwide set to walk out is staggering.

This does not even factor in the addition of people engaged in striking alone, or individual workplaces decided to walkout. For example, hundreds of Amazon workers have decided to also walk out in support of the strikes. Even Silicon Valley, with its often-understated marriage between “big data” and big oil, is being gripped by these strikes.

Actions are planned across the globe, with over 100 countries set to take part. In an age of nationalist populism, where many choose to reject international solidarity and care, the youth reach out. From Nepal, to Germany, to Uganda there will be strikes in unison. The climate has no time for borders.

Within the UK, the UKSCN demands a number of changes before it will cease its agitation. These include the declaration of climate emergency, and a Green New Deal to achieve climate justice. Further reform of the national curriculum, public communication of climate risks and bringing the vote down to 16 are also demanded. A clear program for facing the problems of the past.

The importance of this new stage in the climate strikes cannot be stressed. Firstly, this is a mechanism for movement building. By creating effective links between environmentalists and unions the strikers are providing a bulwark against future division from colonial fossil capitalism. Not only this, but those engaged with labour activism can educate and learn from those involved primarily in climate organisation, and vice versa. The sharing of information and practice could result in new developments in the fight to mitigate emissions.

Additionally, the strikes allow participants to break the mistaken belief that mitigating emissions must come at the cost of jobs. The concept of “just transition” can be stressed as a necessary feature of any Green New Deal. This opportunity which mitigation and adaptation provides for providing secure enriching jobs is something campaigns like “1 million climate jobs” have tried to highlight in the past. More focus can now be placed on breaking the divisive hegemony the climate vs jobs myth has created.

Furthermore, campaigns for ending inequality, worker ownership, and universal basic services, all of which are central to current labour organising, will hopefully become central for climate messaging. A true appreciation of the importance of economic justice and worker rights should penetrate the climate movement. One hopes we see a golden age for red-green unity, and the common struggle.

What can you do?

First and foremost, you can attend and support the strikes on the 20th and 27th. Even better if you can convince your workplace or union to walk out in solidarity as well. If your employer or union is joining, then be loud, be brave and shout it from the rooftops. (Or just on social media).

For those unable to strike, the week between the 20th and 27th will start a week of climate actions and events, which may present opportunities for participation.

Other options include organising a training day in your workplace on the climate crisis, actions within work on the day, joining during your lunch break or set up a community group. For more information on actions go here.

As striking youth say, “our house is on fire – let’s act like it.” The 20-27th September actions reflect the start of the end for colonial fossil capitalism. Join in every capacity.

The streets will be full, and the future will be bright.