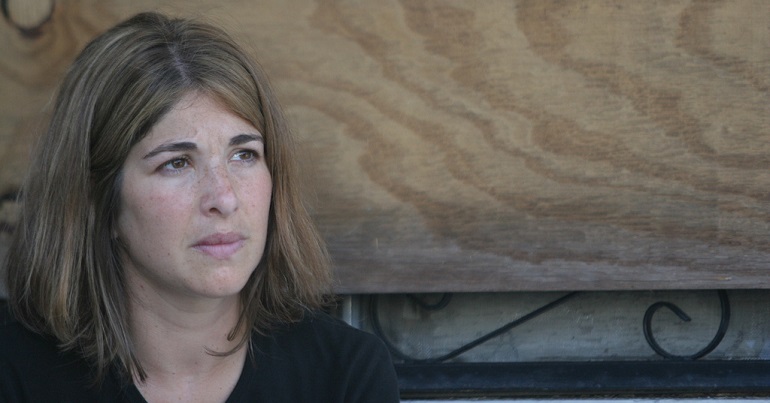 As a young man concerned about climate change and unsure of where to start reading, I picked up Naomi Klein’s This Changes Everything. And I could hardly put it down. It was, and remains, a clear concise text about the political nature of the climate crisis. Looking back, it was the foundational text of my own climate activism.

I was then still attached to the belief that our current economic system could deal with the climate emergency given time. As a result, Klein’s work sent a well-supported steamroller through my faith in green capitalism, and the presumption that we need anything less than deep systemic change. I still to this day recommend it as the starting point for any climate allies’ journey.

Looking to a Green New Deal

So, I was rather excited when I heard that Klein was turning her sights on the Green New Deal. If This Changes Everything helped create many progressive climate activists, then On Fire may do the same for public support for the Green New Deal.

However, whilst the book has been advertised as focused on the Green New Deal, this is not the real substance of the book. Instead On Fire is a collection of essays by Klein from 2010 to the present, including newspaper articles, commencement speeches and public lectures. On Fire touches on everything from forest fires to geoengineering, reflecting the author’s long career at the frontlines of environmental action.

As ever, Klein’s prose is often jargon free and usually incorporates her own personal experiences of climate change. This ensures that the book is not a policy or science fest, neither is it a personal polemic. It balances this fine line stylistically through its varied discussions on the environment over the years to great success.

This tracing of Klein’s thought is doubly interesting as you see exasperation with the decade creep in. If the 2000s were the years of dithering, the 2010s have been the years of greenwashing. This reflexivity is welcome, most notably in the additional afterword to the article on the catholic church. Invited after the announcement of the Vatican’s Laudato si’, Klein speaks there and considers the “radical” elements of the church. In her afterword Klein points to the many issues still present in the Vatican, and the limited success these radicals have had.

Other standout points of the book are Klein’s focus on the possibility of nationalistic and reactionary forces adopting climate change. Thus, Klein stresses the need to link migrant justice with climate justice and that a Green New Deal is sufficiently internationalist. This is important as elements of migration justice like this may be contested when policies are implemented, and it is welcome to have Klein weigh in in favour of a more internationalist world.

On the Green New Deal

Of particular use for those engaging with the Green New Deal is the introduction and final three chapters. It can be difficult to articulate the policy makeup of the Green New Deal, its scope, and its justification and this is where one would find that information.

Most notably Klein stresses movements being the make or break basis of the success of a Green New Deal. Pointing to unions and left-wing organising as a motivator for both the original New Deal in the 1930s, and for the Marshall Plan after World War Two. These links perhaps need to be explored more as Green New Deal proposals gather steam, but it is right to stress that grassroots militancy is integral to the success of the Green New Deal.

Klein notes with concern the possibility that green job guarantees may just lead to income being channelled into consumerist markets in “climate Keynesianism”. Thus, a Green New Deal must also engage with changing leisure, and its focus is on systemic change. Klein also stresses the need for a Green New Deal to have robust checks and balances, so that targets and implementation are actually accountable.

On Fire points to the need for a Green New Deal to recognise that our crises are interlinked. And thus, it must also engage with questions of health, education, and childcare. Interestingly, the book also talks about the need to develop an “art” of the Green New Deal, discussing how culture and narrative needs to be developed to challenge the current extractive system.

What does it mean to repair?

Finally, Klein points to “repair” as a part of the Green New Deal. Repair here is not simply the repairing of goods as opposed to buying new ones, it is used in a wider sense. Repair of the two foundational thefts of climate change, stolen land and stolen people. But Klein stops here just where I wish she had continued. The likelihood that repair may take the form of climate reparations from the left is just touched on but not discussed further.

This is a shame as the rest of the book shows Klein’s consistent concern over the years to highlight frontline indigenous communities, the need for migrant justice, and the debt climate activism has for non-white communities. The absence of a discussion about how international financial flows are to be used to acknowledge historic debts seems at points glaring. Reparations is only directly referenced once in the introductory chapter, but this dimension of the Green New Deal distinguishes it most from the historic models and Klein is missing a trick to stress this.

What’s in a place?

Sometimes in a number of the essays Klein talks of grounding climate change in a sense of place, most notably on her chapter on “climate time.” This is in my view the weakest essay in the collection, because it often muddles place and space with time, making for a confusing thesis.

Place also comes up in the context of what Klein calls “climate sumud”; a steadfast refusal to leave land faced with climate destruction and extractivism. More needs to be done distinguishing this sense of place and the focus on protecting home from its reactionary framing as nationalistic and opposed to others. Often environmentalists talk of bringing climate change back to the community and grounding it in a sense of place but refuse to acknowledge that this place could be nationalistic. Klein is to some extent no different here, and whilst the rest of the book is excellently anti-nationalistic the uncritical use of place at times slips in.

A number of the chapters tread ground which past Klein books have trod on before. The chapter on geoengineering could have been taken straight from This Changes Everything. And a number of the chapters stress the case for a positive vision on the left, such as in No is Not Enough. For those engaged with Klein’s writing before then, parts of the book suffer from this overfamiliar content.

But what detracts from this book most is the feeling that it’s not really a book around the Green New Deal. Having only a handful of the seventeen chapters actually around the proposal and discussing the many issues it brings up seems insufficient.

Had this book been advertised as simply a collection of Klein’s writing on climate, a shorter more accessible companion to This Changes Everything, then I could finish it happy. But there is so much potential here not done, and it doesn’t help that this book is coming out around the same time as others on the Green New Deal. This may detract from the insights these writers have about the actual makeup of the Green New Deal just as significant parties like Labour begin supporting the policy.

The beginning of a journey.

This book is, at best, a start for learning about the nature of the Green New Deal. There are further conversations that need to be had, with a greater focus on the policy and theory behind a Green New Deal. In particular the elements that ensure it breaks from incrementalistic approaches, and the problematic legacies that were present in both the New Deal and Marshall Plan. Some essays in the book fit well as a collection, others seem to be jammed in and uncertain in their contribution.

It is always nice to read Klein, and I will always be in the author’s debt for helping me to engage with the climate crisis. But despite its accessibility, and the insights it does give, On Fire won’t supersede This Changes Everything as my recommended starting point to new environmentalists.