The Green Party of England and Wales is contesting just over 470 constituencies in this December’s General Election, with the NI and Scottish Greens challenging in a handful more. In what is being termed the climate change General Election, there has perhaps never been a more important time to vote Green. However making a positive impact is likely to be challenging. My argument is that Green politics needs to become more strategic and any effective strategy needs to focus on social class and other intersections of power.

The political model has, despite evolutions and adaptions, for Green Party since it was founded in the 1970s, been relatively straightforward. While green politics advocates broad principles of social justice, non-violence and decentralisation, the environmental aspect has been of vital importance. Put most simply green politics is the politics of survival, if we destroy the environment through endless economic growth, we ultimately destroy the humans too. A special issue of the Ecologist magazine presented a ‘Blueprint for Survival’ back in January 1972. It argued that the severity of ecological problems meant that it was necessary to create a Movement for Survival to contest elections if the established political parties failed to act. Ever since the assumption has been largely similar, elect Green MPs to replace those from the grey anti-ecological parties. Eventually form a green government and legislate for ecotopia or, at least, to introduce stronger environmental policies.

So far there is one Green Party MP, Caroline Lucas, but across the planet Greens have been elected to an ever increasing number of parliaments. However the strategy so far is failing. Climate change, perhaps the most important single ecological challenge, has evolved into a visible climate crisis, with increasingly disrupted weather patterns and ever rising temperatures. Just this week the World Metrological has revealed that carbon dioxide emissions have reached a new high and show no sign of rising more slowly, let alone stabilising. Both here and globally the Green Parties need to up their game, focussing on thinking deeply about how to change the world so we have a future, and acting precisely on such strategic thinking.

It is not enough to simply promote the apparent superiority of Green Party policies, implementing the change necessary is far more challenging, and one aspect of the problem is the continuing relevance of class politics. Australia provides one illustration. Despite horrific droughts, rising concern amongst voters about climate change and raging bushfires, the climate change denying governing coalition has won successive general elections. Part of the reason is that mining companies have poured money into Australian election campaigns, opposing even the mildest and half hearted attempts to reduce C02 emissions.

The dirty secret is that politics is largely still a matter of class struggle. Put simply the rich and the powerful, including mining corporations. will do all they can to preserve their wealth and power. Serious green policies challenge powerful economic interests who will work tirelessly to prevent their implementation.

Whatever the failings of Jeremy Corbyn, because he advocates higher taxes, challenges Britain’s colonial legacy and believes in making firms do more for the environment, he will be vilified. We are all aware of the walls of cash from hedge funds and billionaires presently pouring into Boris Johnson’s campaign.

There is no doubt that if the Greens were the main party of opposition the walls of money would rise further, and the media vilification would if anything be stronger. Most of us live busy lives and don’t spend our days obsessed with politics, picking up what is going on from the media is a guide. Much of our media is owned by billionaires and works without rest to shape the political agenda to suit their needs not the needs of the rest of us or of future generations. I often think of the Green surge back in 2015 and how the media portrayed with some success the then Green Party leader as variously foolish, awkward and even a terrorist sympathiser. Working with Natalie at the time I recognised somebody uniquely talented and competent, but many voters had a negative oppression constructed from negative media images.

There is an international dimension to the politics of power, class and privilege. Any government that promotes strong social change risks being destabilised. Progressive governments in Bolivia, Honduras and Paraguay have been removed via coups, promoted in 21st century by the USA. Back in 1975 the Australian socialist Prime Minster Gough Whitlam was destabilised and removed from office.

Greens need to focus on strategy, identify the challenge that class politics presents and develop tactics to win. Sectarianism can only be over come by long term construction of grassroots cooperation at a local level. Political education is also part of the jigsaw. Greens should review and learn from every text that examines making social change more possible. The Nobel Prize winning economist Elinor Ostrom is, in my view, especially useful in constructing a different and potentially more strategically effective politics.

Greens should think about serious capacity building, grassroots community action and building of institutions, sometimes described as the solidarity economy are part of the picture. At least Greens advocate direct action, perhaps this needs to become more central to creating social change.

Class and other intersections of inequality such as ethnicity, gender, sexual orientation continued to shape politics and to conserve what is most destructive. This doesn’t mean that progressive policies are impossible to introduce but it does mean that a politics of simply electing good people and replacing bad people is unlikely to be sophisticated enough to create necessary social change. Politics is about power as well as principle.

Derek Wall ( @anothergreen) is a former Green Party of England and Wales International Coordinator and Principal Speaker. At present he isn’t a member of a political party. 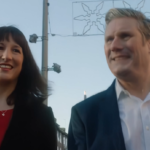 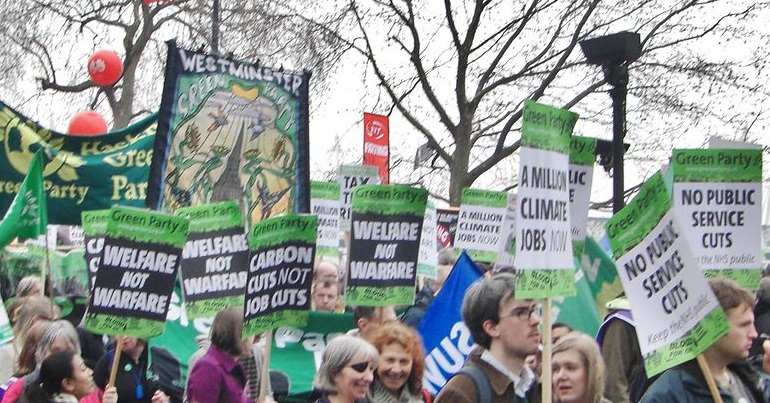 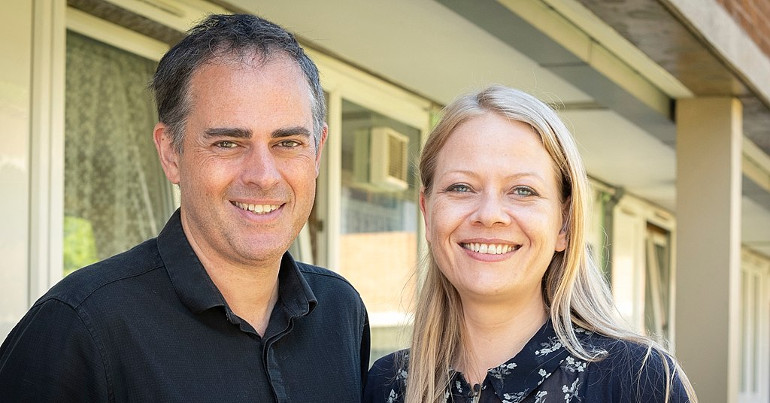