Why Labour lost in the North East 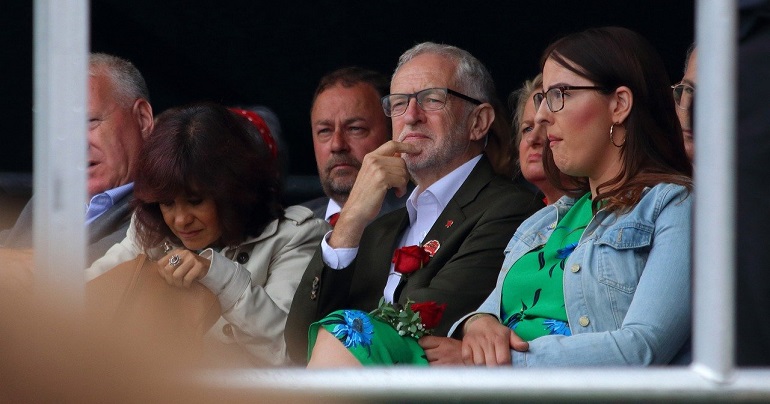 Caveat: The Tory focus on nationalism and the hostile press are not the focus, this is intended to be self-reflective.

It’s undeniable when you look at the Labour gains and holds in remain constituencies and the loses in so many leave constituencies that this was the most significant factor. Senior Tories have even seemed to acknowledge the ‘loaning’ of votes on the issue of Brexit. Labour’s position was nuanced but ultimately once shifted was seen as a remain one.  It was the fundamental difference between the 2017 and 2019 campaigns.

On the door Corbyn came up – not as much as the detractors would have people believe – but he was definitely an issue. I like him and never advocated throwing him under a bus, but there were issues with his ability to have a clear message on individual policies and his historical campaigning and associations were easy targets for a hostile press. He is a great campaigner and his record of standing up for social justice and against oppression overshadows many (all) of his detractors, however those who viewed him as some sort of deity did not help as it blocked constructive criticism at times and I have heard plenty of pragmatic members question the position his ‘team’ took on issues and the speed of his response to challenge.

Too ambitious an offer

I honestly don’t think ‘left’ policies on nationalisation lost this election. I think offering too much and a lack of clarity of message was the issue and unclear hierarchy of priorities. Were we ever really explaining the benefits broadband installation being nationalised would bring to business, especially in rural and northern communities where the private sector has failed to install it? Why were we offering zero fees for uni students? We needed to make sure that wasn’t seen as just a vote grab for students and where it sat in our priorities. I don’t think we were clear and we didn’t talk enough about why the Green New Deal was linked to jobs and growth.

I can only speak for my area, but it felt like we failed consistently to educate our own members on the detail of our policies so they could be positive advocates of change and share ideas in detail. If we are not having in depth discussion and exchange on policy within the party and supporting our own education on unfamiliar topics how could we translate them to others. The argument can only be won when we empower people so they feel confident to challenge others respectfully and constructively without deductive sloganeering. I think there is an issue that this was not supported in constituencies where MPs were fundamentally opposed to the direction of the party and they did not want to sell the manifesto as it wasn’t their politics, rather convey their own achievements (or lack thereof).

Nuance has been gradually being drained from politics (maybe it was never there) without there being an in depth discussion of issues. This is both a positive and a negative for all political parties (social media) but it has allowed messages like ‘get Brexit done’ to win out when tied to an important issue. This has also allowed themes like ‘Labour have blocked brexit’ and ‘labour collapsed the economy in 2008’ to occur time and time again.

The impression Labour took the ‘red wall’ for granted

I think combined with the Brexit issue there was a feeling in some constituencies that some MPs relied on the ‘red wall’ votes and did not engage with their communities as much as they should have. The ‘only round at election times’ perception. Whether this is fair or not is not a simple answer and may be universal in politics but it hits often hardest in constituencies where people have been hit by austerity and see their MP as directly responsible for not stopping it. There is also a legacy of MPs being dropped into seats in areas they have very little link to and when party alliances are strained it leaves them very little to connect with constituents with. This also applies with candidates with completely different life experience than their constituents. Socialisation and privilege matter, it is not insurmountable to bridge these divides but unless a continual effort is made it supports the ‘career politician’ view of MPs.

« To stop the Tories, Labour has to embrace proportional representation
How the Green election campaign went from bad to worse – and where we go from here »