Chris Saltmarsh 13 January 2020 The success of the student divestment campaign shows what the climate movement can deliver2020-01-14T18:41:16+00:00 Comment, Social Movements No Comment

Over half of UK universities have now made a commitment to divest from fossil fuels in some way. Of the 78 divested institutions, a majority of their commitments cover all fossil fuels and a majority have completed the process of moving their money out of the industry completely. £12.4bn worth of endowment is covered by the commitments but the money was never the focus.

In my five and a half years of running and supporting fossil fuel divestment campaigns at universities, the most common misconception I’ve encountered – from staff, students, campaigners and university bosses alike – is that our aim is to bankrupt the fossil fuel industry with divestment. The capital represented by universities is a drop in the ocean compared to the finance these companies receive from private investors and banks. The reality is that governments will have to wind these companies down against their will.

The purpose of divestment has been to create some of the political conditions for this to happen. Universities and other reputable public institutions lend their legitimacy to the industry profiting from our slow move towards climate apocalypse. Divesting is one way to revoke that legitimacy and undermine the social license of the fossil fuel industry to operate. The industry’s reputation is at an all time low and in an act of desperation is now investing heavily in rehabilitating its reputation (we won’t let them). They are doing so because hostility to the fossil fuel industry is not just mainstream in universities, but increasingly in politics too.

Over 300 MPs have called on the Parliamentary pension fund to divest, including many Conservatives. In the 2019 General Election Labour’s manifesto committed to a rapid transition of the economy from fossil fuels to clean energy. In the US, Presidential candidate Bernie Sanders regularly calls out the fossil fuel industry while politicians receiving donations from the companies is a growing taboo.

Progress made in the UK in stigmatising the fossil fuel industry is largely down to the success of divestment at universities. In fact, the UK university divestment campaign is likely the most successful iteration of it globally. In higher education, only the Marshall Islands has proportionally more divested universities, where their one university has done so. The achievement of half of UK universities divesting is down to students leading on innovating the politics, strategy and tactics of the campaign. People & Planet is a relatively thinly resourced organisation with a small staff team supporting a vibrant movement on campuses across the country.

People & Planet’s network structure, cultivation of student leadership and training in organising skills has reproduced a divestment movement that is still going strong after launching in 2012. We have also enjoyed a fortuitous constellation of factors leading to the campaign’s success. Our universities are medium sized: not too big as to be insulated from grassroots pressure, and not too small as to make protest and lobbying interpersonally awkward. UK universities have very limited democratic structures (which are regularly disregarded when they do exist) but clearly defined stakeholders: staff and students. This gives university management a clear group of people to keep happy and it is impactful when they ally. Universities have a strong investment in their reputations as they compete for applicants and funding. Where they must appeal to prospective students, their subjects are generally progressive and young with concerns about climate change increasingly a priority.

78 universities would never have chosen to divest of their own accord. Student campaigners have deployed a rich diversity of tactics appropriate to their contexts. Many campaigns begin with petitions – innocuous and ineffective in themselves – to build a base of support and begin popularising the demand on campus. They build by using creative stunts to attract attention and creative non-violent direct actions to ramp up the pressure on decision-makers: marches, sit-ins, occupations, hunger strikes. Escalating the intensity of these pressure tactics to increase the cost and disruption at every stage has worked time and time again. Combined with insider lobbying to make demands clear and negotiate with decision-makers, students can exercise their power regardless of their context.

Along with its not insignificant contribution to the wider climate justice movement in regards to its gradual erosion of the reputation and legitimacy of the fossil fuel industry, the student divestment movement in the UK has done crucial work in political education. Students involved in divestment organising receive an immersive education in the campaign’s anti-corporate politics, including understanding capital as the central antagonist in the story of climate injustice, and grassroots organisers as the protagonist with agency to make tangible progress in the struggle.

The general character of students who join divestment campaigns are not your stereotypical student hard-left (although these students have made invaluable contributions to the growth of the movement), but more liberal climate or sustainability-conscious students with little activist experience who then go on a radicalising journey. Many of the student activists who cut their teeth in the divestment movement are now active in and driving wider climate and social justice movements. This is another great, underappreciated achievement of the divestment movement at UK universities: bringing so many people into our movement and setting them up to lead. 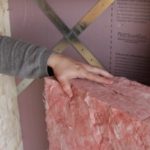 The rich should be paying for energy efficiency, not the poor

To save the planet, we have to kill capitalism 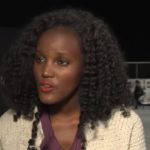 Chris Saltmarsh is a socialist and climate justice organiser based in Oxford. He is Co-Director: Climate Change Campaigns at student activist network People & Planet, where he manages the fossil fuel divestment and fossil free finance campaigns. He is also a member of direct-action network Reclaim the Power and of the Labour Party. He mostly writes about climate politics, social movements and the labour movement.
View all posts by Chris Saltmarsh →

« BREAKING: Half of all UK universities have now divested from fossil fuels
The grassroots green revolution is why I’m proud to have represented the South East in the European Parliament »