Free and fair education should be for life – not just during pandemics. That’s why I won’t be joining campaigns which call for students to have a year off fees as a result of covid disruption. Instead of strengthening neoliberal narratives which tie monetary value to learning, I’ll carry on fighting for what has always been right: no fees, ever, and a public education system working in the public interest, free from profit and commercialisation.

We know that education ought to be in the interests of students. A just and climate-conscious world doesn’t need us to be programmed into being another wage slave or someone who can pass English and Maths at GCSE. It needs well rounded individuals able to fully participate in society with the knowledge and skills we need.

An education system like that needs to be freed from the shackles of corporate ties and the profit motive. Yet – as is particularly clear in higher education – our students are being treated as consumers first, learners second, and milked for every penny. At every level, years of neoliberal pressure and badly placed cuts have meant that education is increasingly market-driven and focused on producing economic units.

It’s not good enough, and it speaks to the fact that education is now dominated by market forces. Years of conscious effort by succeeding governments to unleash so-called ‘efficiency’ (read: neoliberalism) on campus has resulted in universities being forced to viciously compete to stay afloat. Despite the protests of our lecturers, universities across the country now rely on a toxic mix of corporate funding, maximising revenue from students, and cutting services to make enough money to survive.

The result? Relentless commodification. Education is increasingly spoken of in terms of ‘value’: not value in the sense of benefit to society or the student, but monetary value. Both to attract students and as an inevitable result of them being forced to search for cash in every corner, vice chancellors seem to talk more in terms of graduate earnings than promoting knowledge.

Most obviously, the imposition of tuition fees feed into this narrative: they literally place a price on our education. Every change made by a university or choice made by a student is seen through the sphere of fees. Rather than asking whether a course is what we want to do or whether it benefits society, we’re forced to ask, instead, ‘is it worth nine grand a year?’.

It goes without saying that this commodification of education stands in total opposition to our ideal of free and fair education. To get where we need to be, we have to start breaking the links that chain monetary value to education. Only when learning is again widely recognised as something fundamental to society – a public good – rather than just another transaction, can we win the education system we need.

Our work as activists must reflect that. Emphasising cost or ‘value-for-money’ in campaigns is never the right answer because it only serves to reinforce the neoliberal obsession with marketising our education system. The truth is that our courses have never been value for money, because the real value of education just can’t be judged in pounds.

That’s why I find calls to refund student tuition fees in the face of covid-enforced changes so troubling. It’s true that students aren’t getting the experience they would expect this year – as a second-year I’m more than aware of that. Zoom university, zip-tied fire escapes, and closed clubs aren’t what we signed up for. Saying that we shouldn’t be paying for this is absolutely right. But we shouldn’t be paying for education full stop.

By emphasising the parts of student life we’re missing out on when we call for refunds, we’re letting marketisation off the hook. Even when activists don’t take the badly misjudged route of explicitly calculating just how much worse this year is than usual (30%, apparently), tying refunds to coronavirus implicitly places a monetary value on education. This is exactly the pitfall we must avoid for fear of strengthening the ideology we fight.

Instead, let’s tackle the neoliberal University head on. Covid-19 has proven just how shaky the foundations of the UK’s higher education system really are, so let’s show how this has resulted from years of cuts and commodification. We can use this opportunity to stake our claim for something different: education that is always free and fair, a system where universities aren’t constantly on the brink of collapse, campuses where every worker – from lecturer to cleaning staff – has fair pay and proper working conditions. 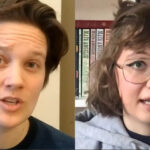