Could Brexit lead to a positive shift in carbon pricing? 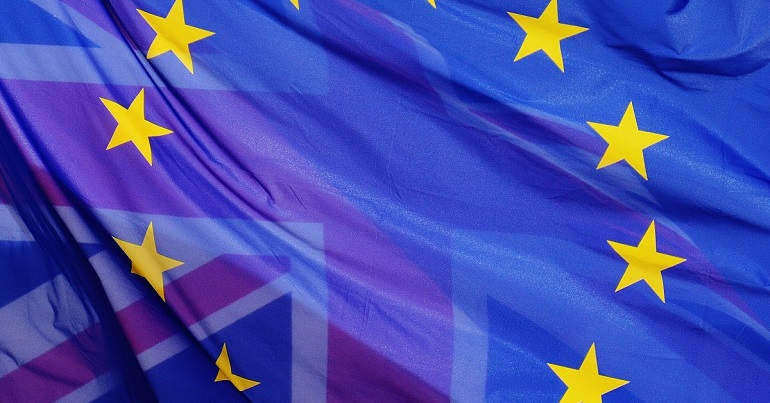 The UK may be about to get a formal carbon tax, as a result of Brexit. After Brexit, the UK will leave the EU Emissions trading scheme (EUETS), The scheme has long been condemned by the Green Party as insufficient.  Could the likely alterative, a carbon tax, a long held Green Party ambition be an improvement? In an unlikely Brexit twist, the answer is: maybe.

The EUETS is the worlds largest carbon pricing scheme and it has a chequered record in reducing carbon emissions. However, recent reforms, luck, and increased political will have increased prices and improved effectiveness leading to them being partially credited with the collapse of coal in the EU during 2019. Oddly prices have remained high in 2020 despite a collapse in carbon emissions across the EU. Plausible explanations include: markets are irrational, or anticipation of EU policymakers stepping in to save their flagship climate policy.

One of the reasons that the UK could improve on the EUETS is that as climate emergency policy goes it leaves much to be desired.

The UK and ETS

One of the many unresolved issues with Brexit is what will happen to the UK’s role in the scheme. This was unclear during the referendum campaign in 2016 and is not much clearer now.

The UK has long played an odd role in EUETS. In 2013 when the scheme launched it unliterally implemented a carbon price floor of 18 Euro – far above the price in the rest of Europe. A price floor was probably essential for the scheme to work and is now advocated for by a coalition of countries, including France. The higher carbon price contributed to the dramatic phase out of coal in the UK. However, implementing it alone also effectively lowered the price of carbon credits for the rest of the EU leading to higher emissions for Europe – although the strength of this effect is disputable.

The effect of Brexit

Initially, there were fears that the UK would leave and dump a massive number of carbon credits on the EU market effectively squashing the scheme, at least if markets were rational. Then, the UK indicated it wanted to stay part of EUETS. Then the UK indicated it was looking at developing its own Emissions Trading Scheme (ETS), with a floor price of £15 a tonne, and without doing the legwork to put anything in place.

The situation is complicated further as the European Commission is currently consulting on a carbon border tax, a tariff to align the price of carbon from other jurisdictions with the internal EU carbon price. This aims to prevent carbon leakage. This creates a strong incentive for the UK carbon price to be aligned with the European market. The government has indicated this is its preferred option. This makes sense considering the UK depends on the EU for energy imports (potentially another problem with a no deal Brexit outcome). The UK hosting 2021 climate negotiations also makes this an inopportune moment to torpedo climate policy on the international stage.

The initial plans for a UK ETS from back in 2018 implied that the UK could use it’s freedom to bring in some needed reforms. It would: reduce the number of carbon offsets allowed; increase auctioning (as opposed to giving permits to large polluters); and reduce allowed emissions in the system faster.

However, this all rests on securing a Brexit deal, which – as we know – is anything but guaranteed.

If there is no deal

A UK only trading scheme not linked to the European market, could quickly lead to volatility due to the relatively small size of the market and – particularly in the event of an economic crisis – lead to low prices.

The UK is thus considering a carbon tax, set at £16 a tonne. This is long the Green Party’s preferred instrument of carbon pricing. It would likely be more stable and allow easier alignment with the EU price.

Meanwhile, business is eyeing lower prices and worried about the transition, and consequently lobbying for a UK ETS.

Does a carbon tax represent an unlikely and inadvertent win for a more sustainable future from Brexit? Almost.

Ultimately it seems likely the UK arrangements are likely to end up functionally similar to what exists now, perhaps with partial improvements. It will still have the same flaws of giving away permits to heavy industries, such as steel.

The carbon tax envisioned by environmentalists for decades is generally designed to rise in order to push for further carbon reduction, covers the entire economy not just a few sectors, and starts at a level at least double that which the UK is proposing.

To avoid climate disaster will thus depend almost entirely on Brussels action to strengthen the EUETS and other policy instruments. Negotiating the effects of Brexit on the EUETS distracts from this and has done so at a time of unprecedented concern across Europe for climate change and when Covid-19 has weakened the fossil fuel lobby.

The result is broadly a continuation of the status quo, arguably better than expected, but still a setback at a time when rapid progress is urgently needed.

« We have to stand with care workers fighting for justice
A Bright Future: Futures of Socialism by Grace Blakeley »