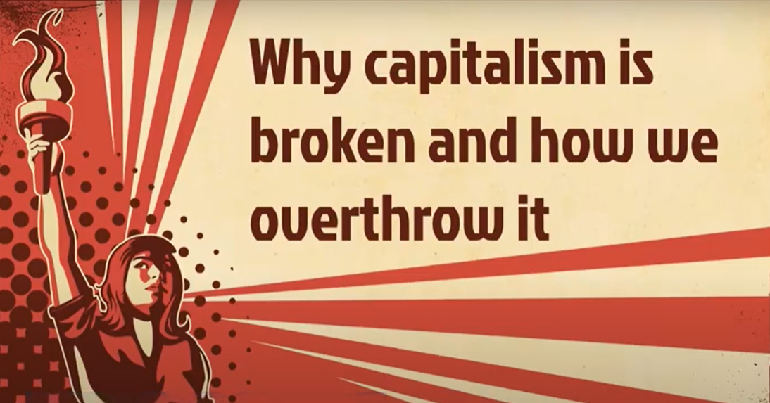 With such a compelling title as ‘Why capitalism is broken and how we overthrow it”, I couldn’t resist watching all four lectures in this insightful political education series presented by Sam Coates hosted by the Young Greens. The Young Greens is the youth and student division of the Green Party of England and Wales.

The complete series ran as follows:

#2 The changing state of democracy in the UK

#3 People power! How we change the world when we work together

Each lecture provides tools and frameworks to consider how we could instigate progressive social change in a more interconnected way and work towards overthrowing capitalism.

The first three lectures delve into the history of how capitalist systems and ideology emerged in the UK, and why they are so embedded in our society today.

The theme running throughout all these lectures is that of the human domination mindset: the idea that some humans are superior to others and therefore hierarchy, subjugation, disempowerment and disenfranchisement are acceptable ways of doing things.

That there is a kind of natural order, and that everyone (especially the disadvantaged) should stop complaining about ‘their lot in life’ and accept the status quo is irrefutable to the capitalist way of thinking.

People tend to accept things as they are due to hegemonic institutions like education, religious institutions and the media, which are used to shape the way we see the world. People may accept so-called ‘capitalist realism’ because they don’t see alternative possibilities.

Positive change, when it happens, has historically been slow in the UK, and it has tended to be begrudgingly given by the ruling classes (eg workers’ rights) only when it seemed better than the alternative (eg full-blown revolution).

Sam notes that the domineering neoliberal societies that consider people to be expendable are usually the ones which deem the environment to be expendable as well. As he states, ‘Capitalism is not up to the challenge of solving the climate crisis,’ because, ‘constant “growth” and the ever-increasing exploitation of natural resources is hard-wired into capitalism.’

Having set out why we have the profit-driven and disproportionately privileged society we currently have in the UK, the fourth and final lecture provides practical suggestions of things we can actually do now. Taking these suggestions into account empowers us to see that it is possible to evolve from a capitalist society into one where care for all people and natural resources are given priority.

Sam suggests that we need to adopt eco-socialism as soon as possible so we can change our fossil-fuel reliant economy into something which is beneficial for the planet and everyone living here.

Once the climate emergency has been addressed, and measures have been taken to enable everyone to live above a subsistance-level standard of living, we could then adopt social ecology. We would be working towards living symbiotically with nature, and alongside this we would be eradicating human domination of other humans in society.

It reminded me of the famous quote by the US scientist, inventor, architect, visionary and practical philosopher R. Buckminster Fuller,

You never change things by fighting the existing reality. To change something, build a new model that makes the existing model obsolete.

Shyron Golding is passionate about environmental issues, and enjoys looking at ways forward from an interdisciplinary, holistic and creative perspective. She sees the value, importance and necessity of social change as being intertwined with green recovery. Having previously worked in Healthcare, Education and Community Arts, she is currently in the fourth year of a part-time degree in Environmental Management and Technology with the Open University. She volunteers with Jeevika Trust, a non-profit organisation which is developing a smart farm project to support small and marginal farmers in rural India.
View all posts by Shyron Golding →