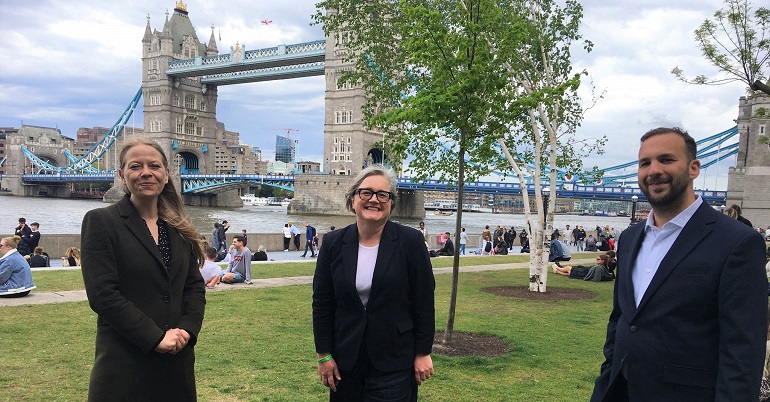 Greens are dismayed by what just happened in the London Assembly and we hope that the Labour AMs will come back to the table.

Friday saw the Assembly’s annual meeting where we agree the membership and chairs of scrutiny committees for the year ahead. Since the meeting there has been some confusion and I wanted to write more fully to help explain what happened.

Deciding who chairs our committees has normally been a collaborative cross-party process,  arriving at a plan that reflects the balance of parties elected to serve on the Assembly. This year, disappointingly and unprecedentedly, when the Labour group of Assembly Members did not have the votes to impose exactly what they wanted without considering all the parties, they dragged their heels all week on negotiating and then walked away and refused to chair any committees at all.

In 2016 there was an amicable four way agreement between Labour, Conservative, Green and Liberal Democrat Assembly Members to ensure a fair division of the work of chairing the committees that scrutinise the policies and actions of the Labour Mayor, who holds executive power. No one ever described this as a ‘coalition’ because, as usual, it was a practical, one-time vote based on fairness.

Friday was a little different. The Labour group initially refused to take part in putting together a four party plan for chairing which is why this week the Green, Liberal Democrat and Conservative groups put together a fair and proportionate proposal as a starting point for discussion with Labour. The Labour group won two extra chairs during discussions, which made the plan that went to Friday’s annual meeting favour them disproportionally.

We were happy to accept this, and Labour made no further counter proposal. The next thing that happened was just before the meeting, when we were told that Labour would not be taking any positions. This led to rather theatrical proceedings, in which Labour turned down one chair position after another, and then asked for a vote on a structure with many gaps where their places should have been.

Up until ten minutes before the annual meeting began we were hoping that there would be agreement. With the gaps in the structure, it was difficult to see what else could be done in the circumstances, so the remaining parties on the Assembly then stepped up and took on the work of allocating the chairs between us as proportionately as we could.

It’s no secret how much Greens value fair, proportional voting systems, and that we campaign against the distorting effects of first-past-the-post as a party. Our starting position is to listen to Londoners and try to reflect the way they voted in the way we organise scrutiny on the Assembly.

In 2016, the Labour group worked with several parties, including the Conservatives, when they could in theory have tried to block them from taking seats. This shows that they usually uphold the principle of London’s fair voting system as well.

Why they have refused to participate on the same basis in 2021 is a question best asked to the Labour Assembly Members. You might also ask them why the prospect of Greens and Liberal Democrats chairing the Transport Committee is so terrible, and if this has anything to do with the risk of the Silvertown Road Tunnel being properly examined there.

The City Hall Greens are grateful to the other groups for standing up at this meeting for a proportional distribution of scrutiny work amongst the four parties elected to the Assembly this year. We will continue to disagree profoundly on many of the major policy issues to come, such as police powers and the need for an expanded Ultra Low Emission Zone, but the principle of democratic scrutiny is something we can agree on.

I still hope that Labour will come around to the facts that they can’t impose all their choices on the Assembly and that the opposition has a right to seek control of important committees, and re-engage with us. Greens are happy to reach out to Labour at all levels for dialogue, and no one wanted this unfair distribution of chairs to be the outcome. It is right that Labour members should be chairing a fair proportion of committees. The Assembly works best when we work cross-party on scrutiny, and Greens in City Hall will work hard for Londoners to do this.

Here is a short statement and the press release the opposition groups on the Assembly issued on Friday.