How would the Green Party tackle the climate crisis? 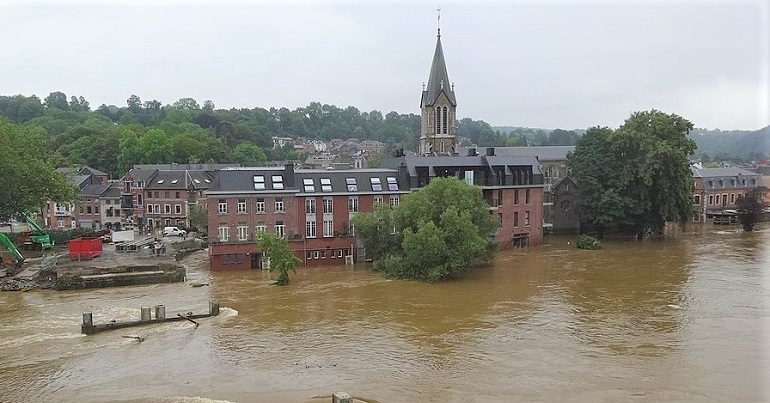 July and August 2021 seem like we are being propelled into the middle of the Climate Emergency tipping point. As we witness horrific scenes from Lake Evia in Greece, where a circle of hell surrounds (now) climate refugees fleeing on a ferry. Life looks like a disaster movie. This has and is also taking place on every continent in the world. Severe flooding has hit Belgium, Germany and parts of the UK. There are severe droughts in the Western US, Eastern Africa and fires in Canada and Siberia. The Amazon Rainforest is no longer the Carbon sink which Climate Scientists hoped would level out Carbon emissions.

The climate crisis is real, it is taking the lives not only of people, but also of other species. This is the result of two centuries of burning fossil fuels and emitting carbon into our atmosphere that remains there for 60,000 years. We are charging headlong into a climate change which has not been experienced by any hominids on Earth. We are approaching Miocene epoch sea levels; levels not known on Earth for 15 million years.

So what would the Green Party of England and Wales be doing if we were in Government right now?

Firstly, we would suggest that a Green Government would be insisting on holding ‘Global Climate Crisis Talks’ with immediate effect. We would be pushing the rest of the world to take urgent and immediate action in response to these events. We would insist that we ensure climate refugees have a safe haven and that attempts are made to support communities facing heatwaves and outbreaks of infernos. We would head into COP 26 with short, medium and long term strategies that could save future generations from oblivion.

We would then look to our own practices in the UK. Which need swift intervention in a wartime manner. We need to wage a  war on the  climate crisis — luckily, we know from the 1930s and 1940s that with a government-led mobilisation of society, it’s possible to make huge shifts very quickly. We can change!

The Green Party would end any new road building schemes which are yet to begin. We have enough roadways in the UK, and we know more roads would encourage more private vehicle ownership –  therefore increase carbon outputs and pollution, as well contribute to a decrease in air quality which is already affecting many urban communities. We would look to implement immediate investment in local, subsidised public transport, rail transport, including High Speed rail to lessen the need for domestic Air Travel. A rolling programme of electrification could cover mainlines by 2030, and the entire network by 2045.

We would invest in walkable towns, active travel wherever possible and bring public transport back under council fleet control and subsidies for these projects, via programmes of low carbon innovation. These schemes would also be extended to include private businesses.

We would also ensure we invest in our local economies, as we understand more capital is raised when an economy is based on local, rather than Global business. We’d make investment freely available for the zero carbon economy, but stop building things which rely on fossil fuel use to be viable. We’d employ hundreds of thousands of people to insulate houses and fit clean heat pump technology.

We would keep all fossil fuels in the ground and end oil, gas or coal extraction. A renewable energy plan would be followed as part of the Climate strategies set out at COP 26, which would come into effect as soon as possible, but no later than August 2022.

We would fund a Universal Basic Income, to act as a safety net during these transformations giving more people time to choose how they wish to live and work and we would invest in a carbon tax, to stop the pollution that is playing havoc with our eco-systems. We would invest in localised public transport subsidies and end all domestic flights.

We need to create an investment strategy designed to enable convenient, fun and cheap car free life for 75% of the population by 2030. We need to be thinking about investment and wholesale supply, and make these things affordable and accessible to people and not think in terms of retail customer choice. We must remember that the majority of British households did not have cars until the 1960’s, it was not too long ago that we didn’t live in such a car dominated environment. We can live with less of these things.

We would push to grow more vegetables and fruit in the  UK; and not import fresh fruit or vegetables from outside Europe. There would be a food import tax, graded by the mileage it uses; (another Carbon Tax?) as we need to
end the food miles we have created in our globalised world. We need a strategy to rejoin the customs union if not the EU, this would lessen our food mileage.

A lot of these measures are made in Caroline Lucas’s Climate and Ecological Emergency Bill, which is before parliament right now. If you want to take action to help mitigate the climate catastrophe, you could challenge your MP to support it.

« Can central banks get their act together on the climate crisis?
Amelia Womack to stand for Green Party leadership with Tamsin Omond »