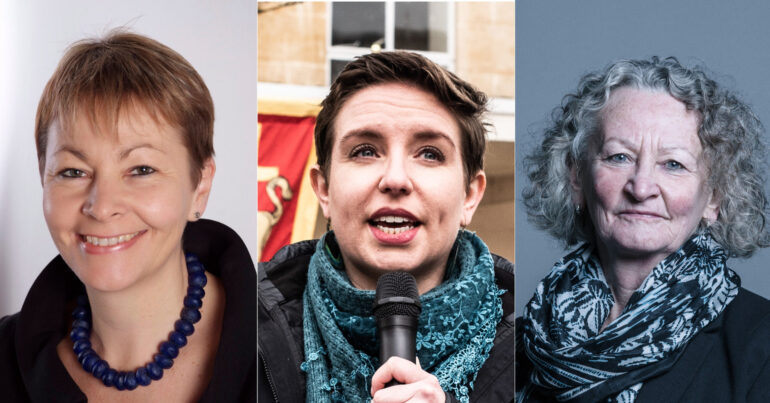 Rishi Sunak this week announced the government’s package for tackling the cost of living crisis. The package includes a windfall tax on the profits of oil and gas companies that was initially ruled out by the government.

But despite u-turning on the windfall tax, Sunak also announced that the same companies would get a major tax break if they chose to invest their profits. Naturally, this move has drawn the ire of climate campaigners, particularly after it was revealed that companies would not get this tax break for investing in renewables.

Green Party parliamentarians have hit out at this approach. Following Green peer Natalie Bennett getting confirmation from the government that renewables investment would not attract the same tax break, Green MP Caroline Lucas said it was “an effective admission from [government] that bankrolling fossil fuel giants means everything, and climate targets mean nothing”. Lucas added that the move was, “Bone-headedly stupid, even by this [government’s] standards, to be incentivising climate-wrecking fossil fuels”.

Bennett’s colleague in the House of Lords Jenny Jones also slammed the government’s approach. She argued that the government’s policy wouldn’t provide a solution to a cost of living crisis caused in part by rising prices of fossil fuels. Jones said, “The solution to expensive oil and gas prices is not more oil and gas. The real solution would be to double the investment in renewables which have been putting a brake on energy prices over the last year, but there is nothing in the government’s announcement that encourages that. In fact, they have focused exclusively on a huge tax break for oil and gas companies that invest in UK fossil fuels.”

“The government’s windfall tax will raise an extra £5bn, so that leaves the remaining £10bn in financial support coming from the general taxpayer. So we are paying taxes to give money to the energy companies to enable them to reduce our bills while keeping the bulk of their excess profits.”

Meanwhile, Carla Denyer – the co-leader of the Green Party of England and Wales – wrote in the Independent that the government’s policy “could end up helping fossil fuel companies and further penalising renewable energy companies in Britain.” She continued, “the Tory version of a windfall tax is taking from the fossil fuel corporations with one hand but giving it back with the other, by incentivising more oil and gas production.”