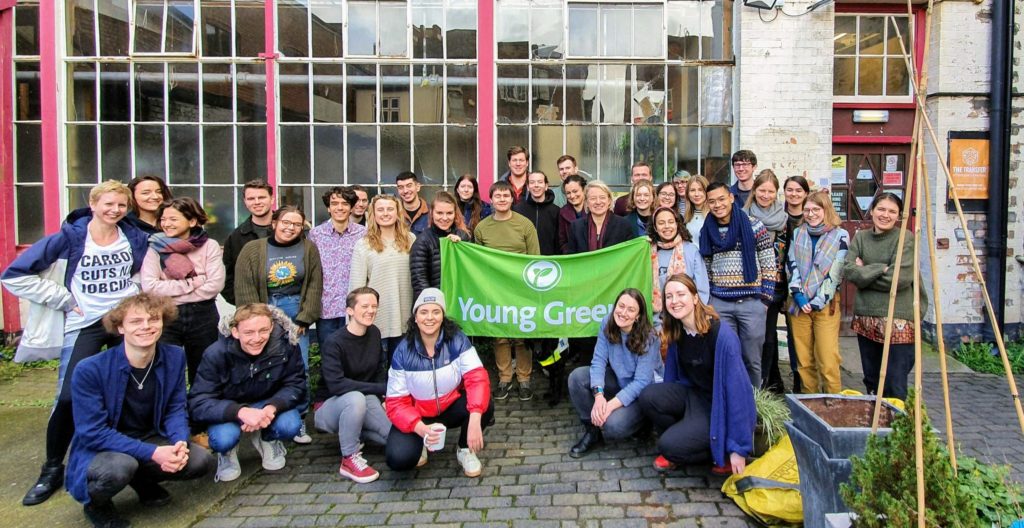 Under 18s are one of the most underrepresented groups of our society. Politicians of all big parties don’t think that they have to pay any attention to us despite us being the people that will be affected most by the decisions that they make. I think the Greens should be an exception to this. We should be a shining example of how under 18s can be included in the political process. That’s why I’m standing to be the Young Greens under 18s officer on the executive committee.

As Young Greens, we are proud, radical ecosocialists who are trying to improve society. We must strive to be as inclusive as possible. As a young non-binary person I have experienced transphobia from within the Green Party and in wider society. I don’t want that to happen to any Green members who are minorities. As under 18s officer, I will do everything I can to make sure all under 18 members feel like the Green Party is a safe place, free from discrimination of all kinds. Discrimination is an evil in society and should have no place in our party. Politics can be a difficult arena for young people, and I want to support under 18s who are brave enough to be part of it.

At the moment, there are many campaigns that serve to improve things for under 18s and I’m proud the Greens are on the right side of those campaigns. One campaign that is particularly close to my heart is the campaign for votes at 16. In Scotland and Wales, 16 and 17 year olds were able to express their views at the ballot box this May’s local elections. As a 16 year old in England, I was not afforded this democratic right to decide who represents me on my Council. I’m proud to be a member of a party that supports giving 16 and 17 year olds the right to vote and that respects us as human beings. Campaigns like votes at 16 are at the core of why I am a Green. Being a Green is about inclusivity and under 18s need to be a large part of that. If elected I hope to do everything I can to be a voice for these important campaigns.

Admittedly, I haven’t had loads of experience of campaigning within the Green Party yet, however I have gone leafletting in my local area. I have attended climate protests and last week was proud to march through London with thousands of comrades calling out the Tories for the way their failure in handling the cost of living crisis. I hope to get more involved with the Greens and the campaign for a better society and that’s why I’m running, to do what I can in the movement for a better and more sustainable world.

Solidarity and inclusivity are the most important values for me personally and the Green Party, and I will be an under 18s officer who embodies those values in all the work I do.