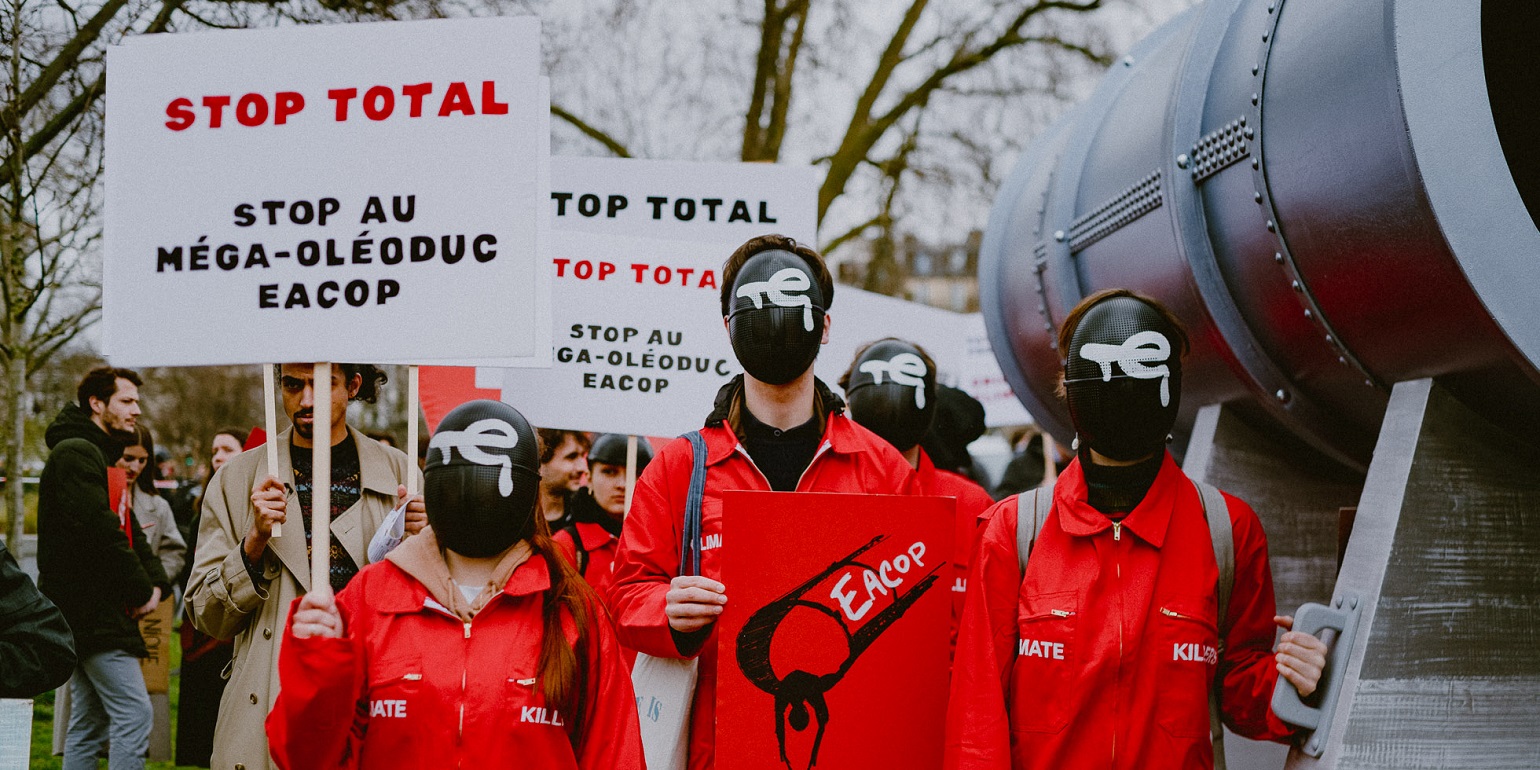 Germany’s third largest insurer, Talanx, has confirmed that it will not reinsure the East African Crude Oil Pipeline (EACOP). Talanx joins 11 other firms including four of the world’s biggest reinsurance companies – Munich Re, Swiss Re, Hannover Re, and SCOR.

Talanx’s confirmation follows three other (re)insurers – Argo Group, Axis Capital and RSA Group – who last week also confirmed they would not be involved in underwriting EACOP.

In an email to a member of the #StopEACOP campaign, Talanx’s Group Strategy and Sustainability Manager, Dr. Jan-Philippe Lüdtke, stated, “I can now confirm that there is and will be no involvement in EACOP by Talanx or any of its subsidiaries.”

The statement implies that Talanx subsidiary Argenta Insurance will also stay away from the controversial EACOP project.

French fossil fuel giant TotalEnergies is the majority shareholder in the project.

Despite recent reports claiming EACOP has been fully insured through a local consortium, the #StopEACOP Campaign claims that the project needs substantial international insurance and reinsurance to proceed.

More and more (re)insurers are learning about the many problems that EACOP is bringing to the people of Uganda and Tanzania and the health, social, and climate impacts that the pipeline will leave in its wake, and they are wisely distancing themselves from the project. It is time for other (re)insurance companies to follow suit and refuse to be accomplices to such dreadful projects that are premised to only benefit the oil companies Total and China National Offshore Oil Company (CNOOC) at the expense of everyone else.

Hilda Flavia Nakabuye – founder of Fridays for Future Uganda – said that EACOP is a “climate bomb” and that insurance firms have the power to stop the project from going ahead. Nakabuye said,

The EACOP project is a climate bomb. Its direction depends on the decisions (re)insurers make today. They have the power to save humanity, to rescue the thousands of people being displaced in Africa, to save the source of the longest river in the world, to save biodiversity that is on the verge of extinction which includes elephants, chimpanzees, giraffes, birds, insects, reptiles, forests, game reserves, rivers and waterfalls that people pay to visit in Africa. All these and more are at their mercy.

Similar comments were made by Omar Elmawi – coordinator of the #StopEACOP coalition. Elmawi said,

We now have 20 banks, 4 export credit agencies and 13 (re)insurance companies that have confirmed to us that they will not give project financing or underwrite EACOP. The other insurers and banks still considering any involvement in EACOP, like Industrial and Commercial Bank of China, Standard Bank-South Africa, and Sumimoto Mitsui Banking Corporation, are putting corporate needs and profits before people’s lives, nature and climate. It is time they choose sides. The whole world is watching and hoping they do what’s right – which is putting people’s lives before corporate greed.

EACOP is currently under construction and is intended to transport crude oil between Uganda and the Port of Tanga in Tanzania. If it is completed, it would be the longest heated crude oil pipeline in the world.

Campaigners have criticised the project for its role in the acceleration of climate change, and for its impact on local ecosystems and people who live in the area. Nearly a third of the pipeline will run through the basin of Africa’s largest lake – Lake Victoria – which more than 40 million people depend on for water and food production.

Some campaigners have welcomed Talanx’s decision but have called on the firm to rule out other oil and gas projects. Isobel Tarr, insurance campaigner at Coal Action Network said, “We welcome Talanx’s commitment not to insure EACOP. However, we also call on Talanx CEO Torsten Leue to adopt a more comprehensive policy that excludes not just EACOP but all other new oil and gas projects.  Talanx currently lags behind not just its major rival Allianz but also its own subsidiary Hannover Re, both of which adopted more comprehensive policies earlier this year.”

« Students are being hammered by the cost of living crisis. It’s time to fight back.
Poll finds plurality support nationalising Bulb Energy on eve of energy price cap rise »