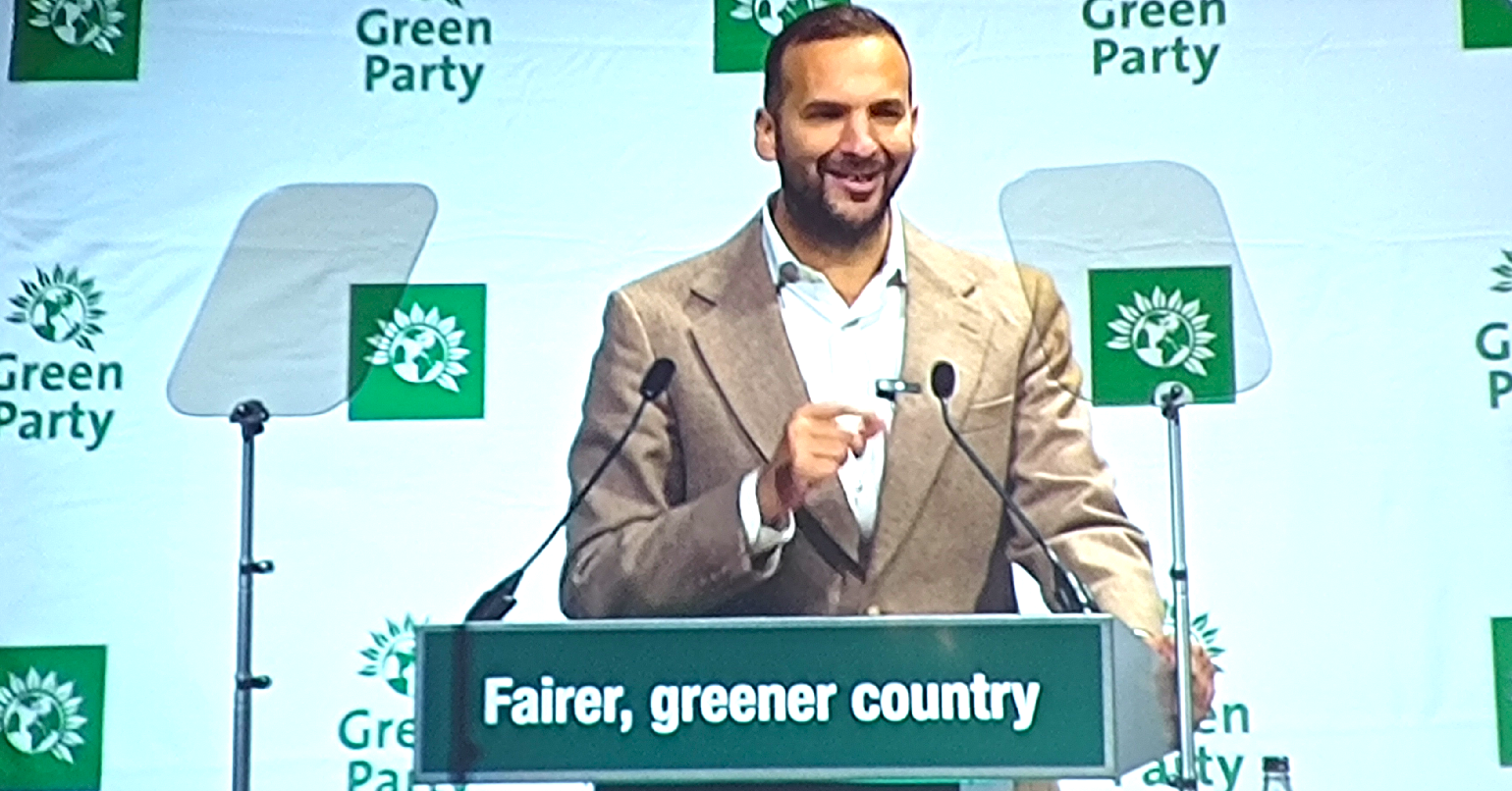 The Green Party of England and Wales deputy leader Zack Polanski has accused the Labour Party leader Keir Starmer of supporting a “broken status quo” for failing to support Labour members’ calls for electoral reform. Polanski made the comments at his speech at the Greens’ autumn conference, currently taking place in Harrogate.

Speaking to the party’s conference for the first time since his election as deputy leader earlier this year, Polanski dedicated a large portion of his speech to the issue of political reform. He told members, “Our broken voting system has never worked for anyone – the difference now is that everyone has started to notice that we are stuck. Time and again in general elections people see candidates like our prime minister say she doesn’t even mind being unpopular – as she knows on a tiny minority of vote she can get past that post. We know that if we want grown up politics, grown up collaborations that work in people’s best interests – then we need proportional representation. It’s no longer a question of if – it is  when.”

Making reference to a policy that was passed at Labour Party conference in support of changing the voting system to a form of proportional representation, Polanski said that Starmer should listen to Labour members on the issue. Starmer ruled out including a change to the voting system in the party’s manifesto prior to the vote at Labour Conference.

Polanski told the conference, “So let me say this to Keir Starmer – listen to your members. We’re delighted that Labour members and unions, have backed proportional representation in overwhelming numbers. We saw the feed in their conference hall as people raised their hands to vote for a fairer system. I punched the air and celebrated. But very quickly reality started to bite. Keir is saying no. No to fairer votes.

“He’s saying – ‘not a priority’. We have a broken voting system that means people are not represented properly in decisions on everything from policing, transport to our NHS. Literally being peoples representative is one of the most fundamental duties and privileges of being an elected politician. It’s not OK to present representation as unimportant or a distraction. It’s not ok to continue to support a broken status quo and hope no one notices. For a society that includes everyone that has to include the right [to] a fair vote for everyone. And in the Green Party – representing people is our priority.”

Elsewhere in the speech, Polanski spoke about the cost of living crisis and the Greens’ support for striking workers. Saying he was “proud to be out on picket lines”, Polanski called referred to the cost of living crisis as an “income crisis”. He said, “We are in a cost of living crisis. But we know that this is really an income crisis. For years people’s wages have remained stagnant or fallen whilst shareholders take home large dividends, while people at the top have seen their profits skyrocket and lucrative contracts awarded to their mates. The Tories will never acknowledge their mismanagement of our economy, their ideologically driven so called “trickle down economics”, and the unforgiveable lifting of the cap on bankers’ bonuses. Conference, have they not noticed? People are suffering. And with the inequality crisis too, it is the most vulnerable people who are always being hit the hardest.

“I’ve been proud to be out on picket lines with working people. We know in this party that when people ask for our help we give it. Ultimately there is only one authentic response to people struggling just to get by and in the Green Party we know that response is solidarity.”

Polanski has taken over from Amelia Womack as the party’s deputy leader. She served eight years in the post – the longest anyone has served in the Green Party’s leadership.

Polanski used his speech to praise Womack for her work as deputy over that period. He said, “Amelia has been our deputy leader for eight years. She has seen us through several general and local elections, a pandemic, Brexit and very wonderfully, she told Piers Morgan live on TV that he was getting his knickers in a twist over a vegan sausage.

“Amelia in her time as deputy leader has seen the party grow with her dedicated support. When you look at the trajectory of Green Party councillors we’ve won, yes, it was trickling upwards by a handful each year but it accelerated during Amelia’s term in office as she toured the country week after week for around – I make it – 416 weeks of her term. And in the last few years we all know what has happened.

“So I want to take a moment before talking about what comes next, to say on behalf of all of conference, those now 558 councillors and the entire Green Party, – Amelia Womack, thank you!”

The Green Party’s conference runs until Sunday. Party activists will be debating a range of policies – including their position on a £15 an hour minimum wage, strike laws and the restitution of cultural objects. Members will also be debating whether to affiliate to the Enough is Enough campaign.